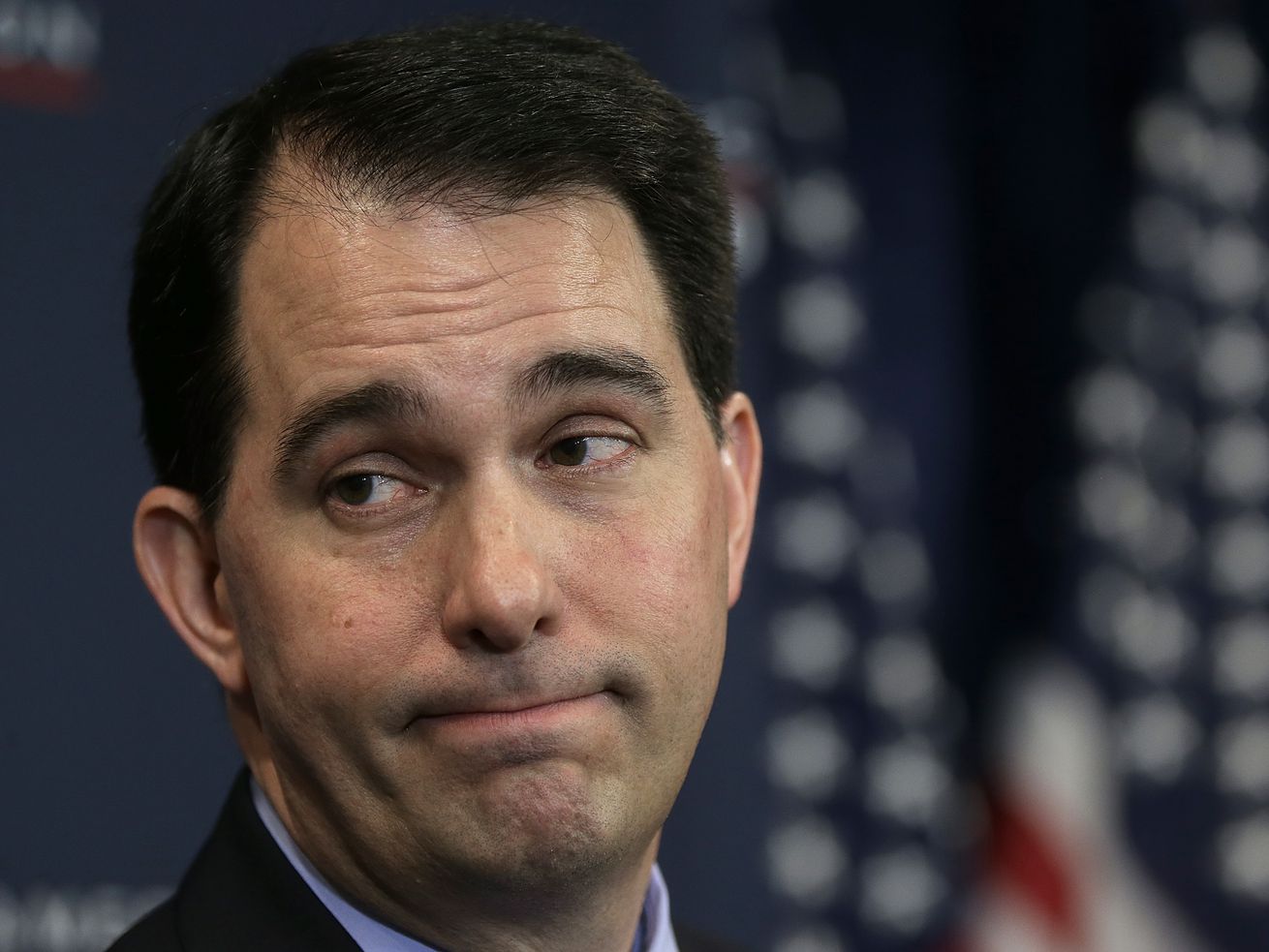 The good news for Democrats — and the important caveats — in the latest 2018 election polls.

If a new spate of 2018 election polls is anywhere close to accurate, Republicans have a serious problem in the Midwest.

NBC News and Marist released new surveys from Wisconsin, Minnesota, and Michigan on Thursday. They found Democrats leading by double digits in every Senate and governor’s race in those states. If true, Democrats can feel secure that they will retain three crucial Senate seats — including two in states Donald Trump won in 2016 — while also retaking two governor’s mansions currently held by Republicans in the 2018 midterms.

The key words there are “if true.” The Midwest was supposed to be Hillary Clinton’s “blue wall” in 2016, and polling showed her ahead; then Trump won several shocking victories on his way to the White House. So we have some reason to wonder about polling from the Midwest.

But first, the results:

And in a head-to-head matchup with Republican Gov. Scott Walker, Evers had a huge 13-point lead: 54 percent to Walker’s 41 percent.

In the GOP primary, to be held on August 14, Nicholson led Vukmir 38 percent to 35 percent among likely voters.

Michigan Senate: Democratic Sen. Debbie Stabenow has looked like a good bet for reelection for a while, and NBC/Marist reinforces that. She leads both of her potential GOP opponents by huge margins:

The Republican primary will be August 7. The new survey found James leading Pensler 30 percent to 23 percent.

Both parties still need to get through their August primaries, but NBC/Marist polled a hypothetical general election matchup with the leading candidates. They found Democrat Gretchen Whitmer leading Republican Bill Schuette 47 percent to 38 percent.

Neither looked like a sure bet for the nomination, though. Whitmer (35 percent) narrowly led fellow Democrats Shri Thanedar (25 percent) and Abdul El-Sayed (22 percent) among likely voters. On the other side, Schuette (36 percent) had a similar lead over Brian Calley (26 percent) with lots of voters undecided.

Minnesota governor: Republican former Gov. Tim Pawlenty is trying to regain his old office, with Democratic Gov. Mark Dayton term-limited, but NBC/Marist finds him in trouble. He trails all three of the top Democratic contenders:

The Democratic governor primary, to be held August 14, is a free-for-all: NBC/Marist has Swanson at 28 percent, Walz at 27 percent, and Murphy at 13 percent among likely voters.

Minnesota Senate: Democratic Sen. Tina Smith is still a fresh face after she was appointed to the Senate last year to replace Al Franken. But she looks to be in a secure position to win her seat outright. Smith leads Republican Karin Housley 49 percent to 35 percent, per this new survey.

Why some smart people are a little skeptical of Midwest polling

You might remember that Hillary Clinton was leading Donald Trump in Michigan and Wisconsin, according to the polling, before Trump’s stunning victories in those states on Election Day 2016. Minnesota also ended up much closer than expected.

That has some polling nerds feeling reflexively skeptical of any strong Democratic numbers in the region. The New York Times’s Nate Cohn concisely laid out the reasons to take Midwest surveys with a grain of salt and provided some good guidance for analyzing 2018 polls, especially in any important Midwestern races.

In general, there are a lot of good reasons to think that the factors that (we think) drove ’16 polling error won’t be quite as acute in ’18

The midterm electorate is better educated. The closest districts aren’t disproportionately working class. Dem LV disadvantage may not be as big as ’14 . or ’16, which is tough to detect in generally high-turnout poll samples. Undecided voters don’t seem so likely to break big GOP

And remember, even in ’16, the state-level polling error wasn’t *that* big outside of predominantly white, working class states. Maybe NC is an exception, but on average it was pretty concentrated in the Midwest

And many pollsters will take steps to address some of the issues that were most obviously problematic in 2016, like education

But despite all of that, I have to wave a red flag on polls that don’t weight for education and show a striking Dem lead in Wisconsin (or other white Midwestern states).
It could be right! It could be sampling error! But there’s a serious, plausible mechanism for bias too

Some of the NBC/Marist polls look like outliers: Marquette University found Walker leading Evers in Wisconsin by 4 points in June. These were also the biggest leads for Baldwin in her Senate bid, though she certainly seems to have the advantage, and election forecasters think she is increasingly safe.

On the other hand, the NBC/Marist findings were perfectly in line with previous polls for Michigan governor and Senate. For the Minnesota races, this is really the first polling we’ve seen.

The point is, be wary of taking these huge Democratic leads too literally. Still, the trend lines seem to be clear: Democrats are in good shape to compete — and maybe sweep — in the marquee Midwestern elections this year.