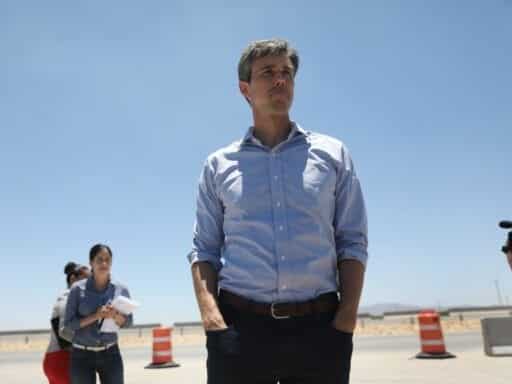 Democrat Beto O’Rourke is closing in on Cruz in Texas — but people still don’t know who he is.

There’s a Beto surge in Texas.

Put simply: It’s becoming a very real possibility that Cruz could lose reelection to a Democrat — an upset that would seriously imperil Republicans’ hold on the Senate majority. Texas has not had a Democratic senator in more than 20 years.

“Congressman Beto O’Rourke has done a good job making the race competitive. With three months until Election Day, he is clearly in contention,” Peter Brown, the assistant director of the Quinnipiac poll, said. “A Democratic victory in the Lone Star State would be a serious blow to GOP hopes of keeping their US Senate majority.”

O’Rourke, a third-term Congress member who represents El Paso, a largely remote and isolated district in Texas, was an unrecognizable name in national politics only a year ago.

He hasn’t hired a political consultant or pollster on his campaign; he live-streams almost every aspect of his life, from his kids eating breakfast to his morning runs with voters. He brags that he’s not taking any money from PACs. His campaign still raised more than $10 million in the past three months, more than double what Cruz pulled in.

O’Rourke’s team released its first campaign ad this week. Shot completely on an iPhone, the short spot is far from the viral campaign video sensations put out by other long-shot Democratic congressional candidates like Amy McGrath in Kentucky or M.J. Hegar in Texas. It shows O’Rourke driving through every single Texas county, and is called “Showing Up.”

Just launched our first ad. Entitled “Showing Up,” it’s filmed using an iPhone and was created entirely with live stream footage from our travels to all 254 counties of Texas. Watch and RT to share. pic.twitter.com/INmmjlXX4Y

The video is emblematic of O’Rourke’s biggest obstacle in this race: Texas is a big state, and despite his having won the hearts of liberals across the country through countless features in the national media market, voters in Texas still don’t know who this Democrat is.

O’Rourke notably underperformed in the Texas primaries; he won the primary and avoided a runoff but still lost some crucial border counties to a complete political unknown, Sema Hernandez. In March, it was a sign that O’Rourke didn’t have name recognition. Now, in July, the Quinnipiac poll finds 43 percent of voters still haven’t heard enough about O’Rourke to form an opinion about him. Only 7 percent of voters said the same of Cruz.

This can be read two ways: Either Texas is too big for O’Rourke’s in-person style of campaigning or, with still slightly more than three months until Election Day, O’Rourke has a lot of room for growth in what is already a very close race. With Cruz, on the other hand, voters have largely already decided what they make of him.

Some things are clearer. O’Rourke has a lot of money, and voters who do know him overwhelmingly like him. The Quinnipiac poll shows black, Hispanic, and women voters prefer him to Cruz.

It’s still a long shot, but as one strategist told Vox of O’Rourke’s campaign in October of last year, “sometimes a Hail Mary works.”

How coronavirus has changed employment in 6 charts
Why we say “OK”
GOP lawmakers react to Trump-Putin summit: lots of condemnation, few concrete plans
Chance the Rapper releases 4 new songs, reveals he bought the news website Chicagoist
The other hospital workers on the front lines of the pandemic
China paid Facebook and Twitter to help spread anti-Muslim propaganda