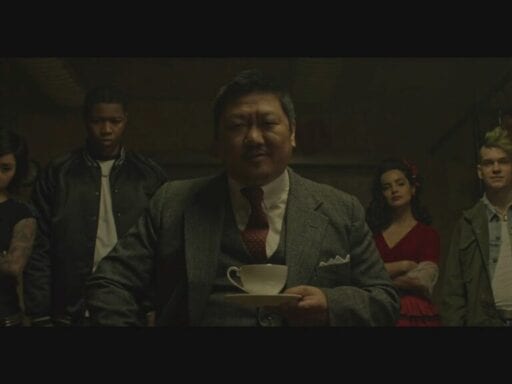 New York Comic Con is one of nerd culture’s biggest celebrations. Not unlike San Diego Comic-Con, NYCC has become an annual event where entertainment companies tease their upcoming releases across all media, including TV, movies, video games, and comics. And though there’s no hard and fast rule about which properties tend to get the biggest marketing push, the last few years have seen movie studios focus on SDCC while NYCC has become a hub for TV networks and showrunners to highlight their upcoming releases.

In 2018, that approach translates to a look at Netflix’s new crop of spooky shows like The Chilling Adventures of Sabrina and The Haunting of Hill House, returning shows like Starz’s American Gods, new animated stuff like the rebooted She-Ra, and some cult favorite comic books coming to life SyFy’s Deadly Class.

But there’s also some cinematic teasing going on too like an extended look at Warner Bros.’s Aquaman.

We’ve collected the most important teasers and trailers of NYCC below, so you can get all your torturous anticipation in one convenient place. Bookmark this page; we’ll be updating it as more trailers are released!

The Chilling Adventures of Sabrina

She-Ra and the Princesses of Power

Tell Me a Story

Typhoon Molave battered the Philippines. Vietnam is next.
The myth of a president’s “first 100 days”
America’s growing fake news problem, in one chart
The alt-right is coming to Washington, DC. Here’s how anti-racist groups are preparing.
The US is now the country with the most confirmed coronavirus deaths
5 key moments from Day 3 of Amy Coney Barrett’s Supreme Court hearing