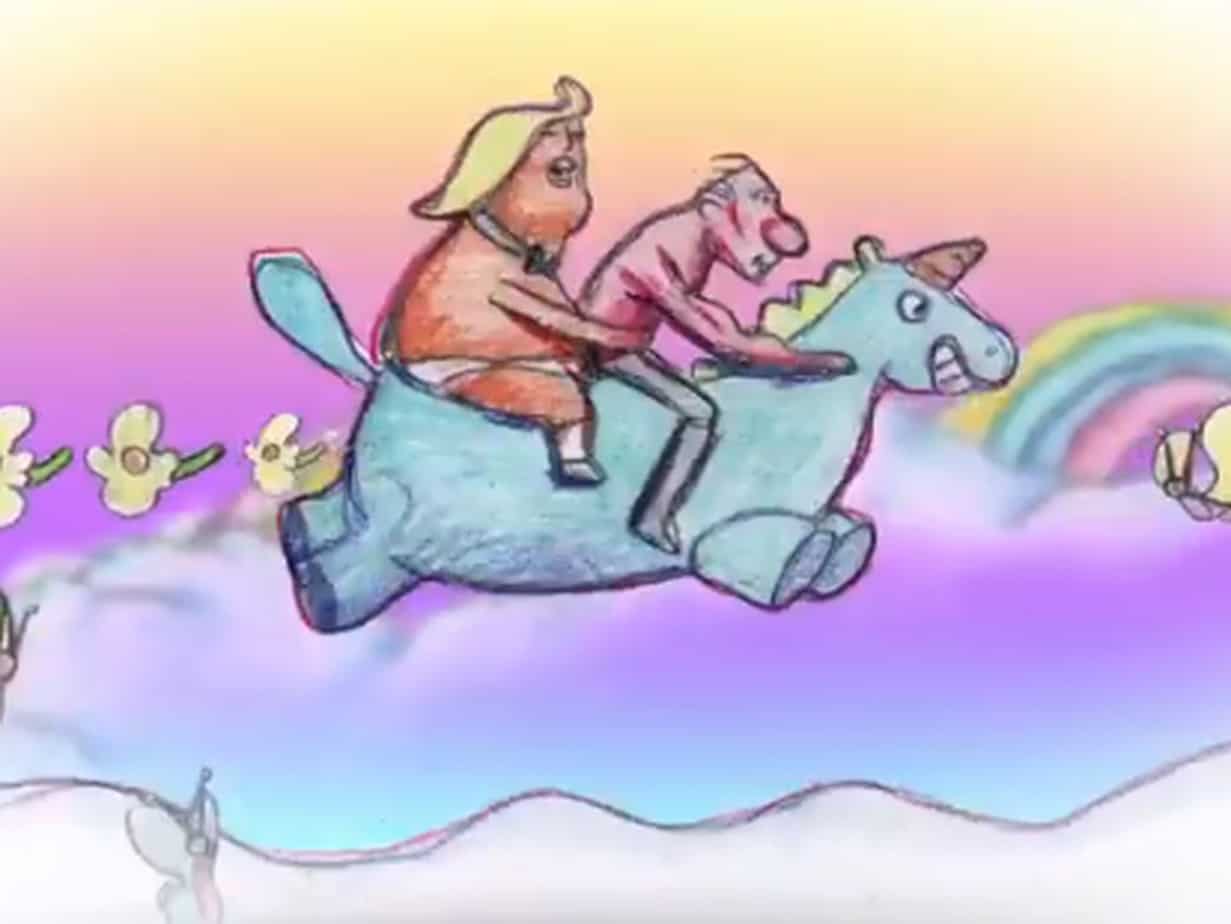 The video is the latest example of pundits using homophobia to ridicule Trump and Putin.

The New York Times’s opinion section released a video that was, ostensibly, supposed to mock President Donald Trump’s concerning relationship with Russian President Vladimir Putin as the two leaders meet in Finland. In reality, the video does little more than reduce being gay to a punchline.

The video makes no significant commentary on Trump and Putin’s relationship. Instead, it depicts Trump and Putin holding hands, French-kissing, and riding a unicorn with rainbows and butterflies surrounding them. The Times on Monday tweeted the video, claiming that “Donald Trump’s not-so-secret admiration for Vladimir Putin plays out in a teenager’s bedroom, where the fantasies of this forbidden romance come to life.”

In this episode of Trump Bites, Donald Trump’s not-so-secret admiration for Vladimir Putin plays out in a teenager’s bedroom, where the fantasies of this forbidden romance come to life. https://t.co/h5gpVJzj69 pic.twitter.com/f4aBEOfRYt

There are also murals of Trump and Putin making out. And comedian Stephen Colbert ran into trouble last year when he said, in a monologue directed to Trump, “The only thing your mouth is good for is being Vladimir Putin’s cock holster.” (Colbert sort of apologized after the outcry, saying that he “would change a few words.”) There are many similar jokes all across social media.

The attempts at humor last year led Andrew Kahn at Slate to warn liberals to stop resorting to such homophobic jokes to attempt to mock Trump and Putin’s apparent camaraderie. Yet these jokes keep popping up, as demonstrated by the Times’s video.

The only way these jokes work is by demeaning gay people and reducing being gay to a punchline. The underlying implication here is that gay relationships are somehow extra funny — that Trump engaging in sexual acts with Putin is hilarious because it’s gay, and that Trump is lowering himself by submitting to sexual acts with another man.

In situations in which liberals are deliberately trying to find ways to insult Trump, it’s telling that they resort to suggesting Trump is engaging in sexual acts with another man. The suggestion is that the worst thing that could happen for these men is for them to engage in homosexual acts together, as if that devalues them as men, makes them submissive, or emasculates them.

Cooper clarified back then that he didn’t know if Baldwin is homophobic, because “I have no idea what’s in his head.”

Liberals will argue that they are trying to use Trump and Putin’s own bigotry against them. As men who oppose LGBTQ rights (although Putin is much worse than Trump in this regard — for violently enforcing anti-LGBTQ laws in his country), they may find accusations that they’re gay especially offensive.

That this seems okay speaks to the entrenchment of homophobia in America.

The reality is that a lot of liberals are still making homophobic remarks to mock Trump — and that simply doesn’t fit the inclusive, progressive vision of America that liberals are supposed to espouse.

Would you take a drug discovered by artificial intelligence?
The Trump administration is using the pandemic as an excuse to target immigrants and asylum seekers
Book recommendations for when you want to change your perspective but can’t travel
A new plan to get $1,000 to 100,000 families in the next 100 days
The LIFT Act, Kamala Harris’s newest big idea for 2020, explained
The “Godzilla” Saharan dust cloud over the US, explained