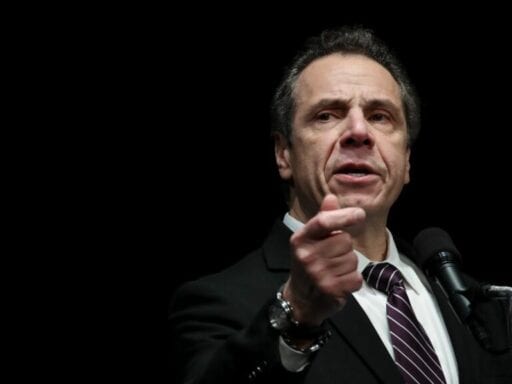 New York Gov. Andrew Cuomo (D) on Thursday took a big step toward legalizing marijuana for recreational use in the state, announcing that he has set up a working group to write a bill implementing recommendations from the state Department of Health to legalize and regulate cannabis.

“As we work to implement the report’s recommendations through legislation, we must thoroughly consider all aspects of a regulated marijuana program, including its impact on public health, criminal justice and State revenue, and mitigate any potential risks associated with it,” Cuomo said in a statement.

Alphonso David, counsel to the governor, will oversee the working group, gathering and implementing feedback from government officials and other stakeholders. Public safety, public health, and economic experts and officials will be on the panel.

Once the group comes up with a proposal, it will be up to the legislature to pass it before Cuomo can sign it into law.

If New York fully legalizes marijuana, it will become the 10th state — and the second most populous, after California — to do so. Medical marijuana is already legal in the state.

The Health Department’s report came out strongly for legalization

The New York Health Department’s 75-page report ultimately concluded that the pros outweigh the cons for legalization. “Numerous [New York state] agencies and subject matter experts in the fields of public health, mental health, substance use, public safety, transportation, and economics worked in developing this assessment,” the report said. “No insurmountable obstacles to regulation of marijuana were raised.”

Cuomo announced the state legalization study in January. He’s been under pressure to support legalization in part due to Cynthia Nixon’s gubernatorial campaign, which has repeatedly attacked Cuomo from the left — including through its support for legalization.

Faced with that pressure, and with the findings from the Health Department, it now looks like Cuomo is ready to take New York in a new direction with marijuana policy.

Protesters describe the police brutality they’ve faced while protesting police brutality
The past 24 hours in Syria news, explained
This graphic explains why 2 degrees of global warming will be way worse than 1.5
In 1986, Watchmen skewered the way we love superheroes. It’s still as relevant as ever.
Edward Snowden says Facebook is just as untrustworthy as the NSA
The Democratic voter surge was very real on Super Tuesday