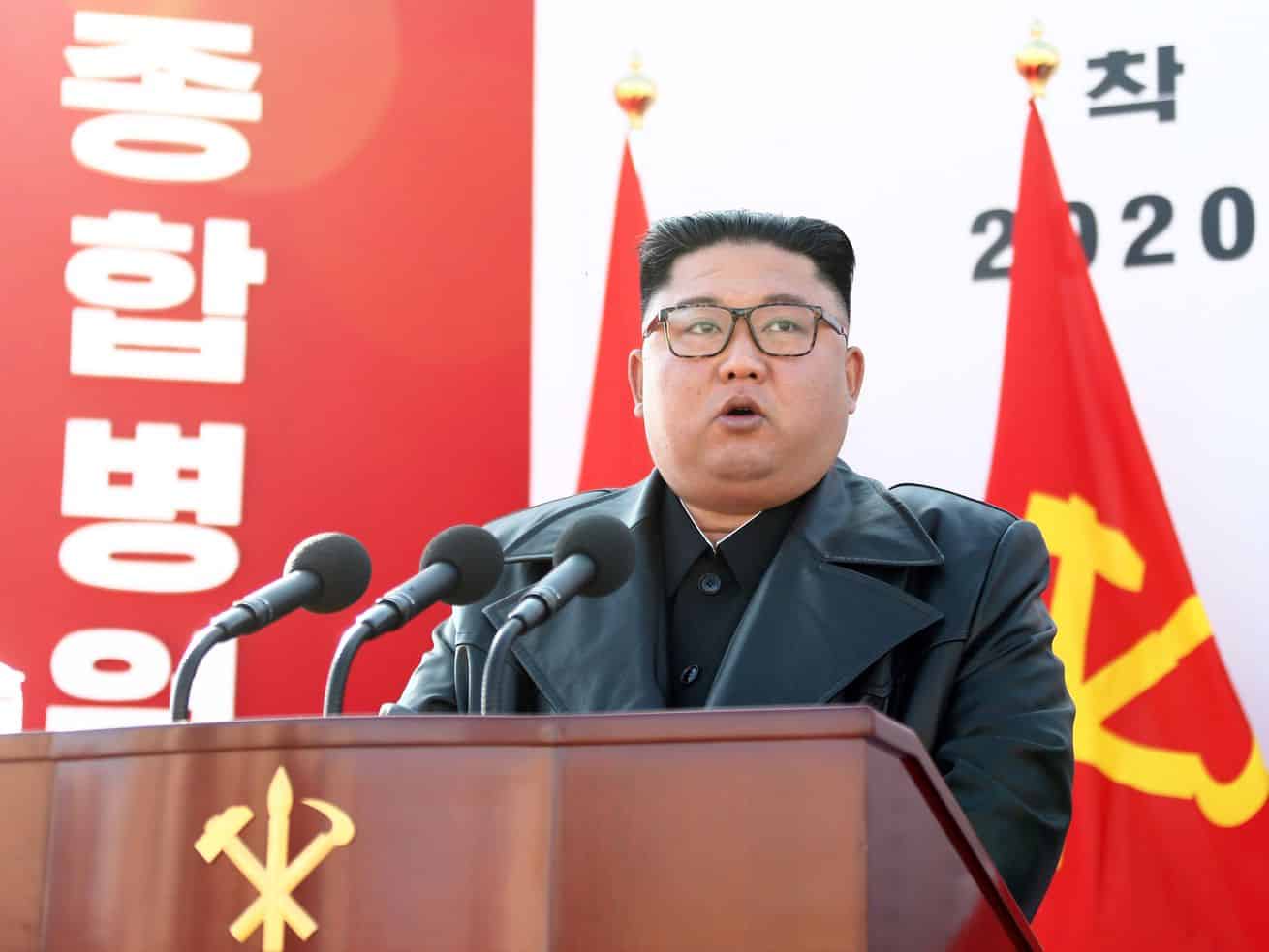 The Biden administration is calling North Korea. No one is answering.

The Biden administration may have newly rejoined the global village, but the usually rowdy North Korean neighbors so far have greeted the Americans’ move-in with nothing but silence.

Pyongyang has yet to acknowledge that President Joe Biden is, well, the president of the United States. And Reuters on Saturday reported that multiple efforts by the US to interact with North Korea since mid-February, including through a United Nations channel, have yielded no reply.

“To date, we have not received any response from Pyongyang,” a senior administration official told me on Monday. “This follows over a year without active dialogue with North Korea, despite multiple attempts by the US to engage,” which means the Biden administration says North Korea didn’t interact with President Trump’s team for a while, either.

White House press secretary Jen Psaki confirmed that later in the day during her daily press conference, adding that “diplomacy continues to be our first priority.”

Experts aren’t entirely sure what’s driving the quiet. One potential reason is that the North Korean regime isn’t a Biden fan — for example, a 2019 state-run news commentary called the then-presidential candidate an “imbecile” and “fool of low IQ.”

Biden has since openly called North Korean leader Kim Jong Un a “tyrant” and trashed his personal diplomacy with Trump, which may have cooled any ideas in Pyongyang about interacting with the US right now.

Another is that the country is in a severe lockdown to quash the coronavirus pandemic, a move that also precipitated a harsh economic downturn. If that’s the case, Pyongyang may prefer dealing with its domestic problems right now to engaging in complex diplomacy with Washington.

“They are focused on getting through this hard period,” said Joshua Pollack, an expert on North Korea’s nuclear program at the Middlebury Institute of International Studies.

Pyongyang usually responds with bombastic language and sometimes a weapons test after the US and South Korea conduct joint military exercises, because it sees those drills as the two countries training for an all-out war with the North. But North Korea said and did nothing when the two allies held a scaled-back version of an annual exercise this month.

More than that, North Korean leader Kim Jong Un has yet to authorize a ballistic missile or nuclear test this year as a way to darkly welcome the new administration, even though many experts suspected he might do so early in Biden’s tenure. There’s still time for that, though, since Pyongyang sometimes waits a few months before launching its weapons in defiance.

It’s possible the Biden administration may not mind the silence, at least for now. After all, they’re also dealing with the coronavirus pandemic, as well as an intransigent Iran, a looming decision over whether to keep US troops in Afghanistan, and the challenge from China. A dramatic North Korean provocation would just add to the president’s growing inbox.

But it’s likelier than not that Pyongyang will eventually respond. And when it does, the message likely won’t be a welcoming one.

Since 1992, America’s policy toward North Korea has been mostly consistent: It would seek the “denuclearization of the Korean Peninsula.” Simply put, that means the US won’t station nuclear-capable warplanes in South Korea and Seoul won’t seek the bomb, all so North Korea feels comfortable enough to verifiably dismantle its nuclear arsenal.

When Kim and former President Donald Trump met in Singapore in 2018, they signed a declaration in which North Korea promised to work toward such an outcome.

But three times now the Biden administration has offered a harder-line stance than that, potentially reversing even that limited progress.

Last week, the US — along with its “Quad” partners Japan, India, and Australia — released a statement saying, “We reaffirm our commitment to the complete denuclearization of North Korea.”

And then on Sunday, a State Department press briefing about Blinken and Defense Secretary Lloyd Austin’s trip to Japan this week noted they would “reinvigorate trilateral cooperation on a broad range of global issues, including the denuclearization of North Korea.”

Even though Biden’s team has said its North Korea policy remains under review for a few more weeks, those statements indicate the administration has made up its mind. The goal now, it seems, is to let Pyongyang know it alone must agree to a non-nuclear future. For now at least, it looks like the Biden administration is taking a harder line than the Trump team did.

That might please some US allies like Japan, which prefers a tougher stance against North Korea. But Seoul, which wants to keep diplomatic channels with Pyongyang open, certainly won’t like it, and neither will Kim.

In 2018, for example, the state-run Korean Central News Agency blasted the Trump administration for even suggesting that only North Korea had to give up its bombs. “When we refer to the denuclearization of the Korean peninsula, it, therefore, means removing all elements of nuclear threats from the areas of both the north and the south of Korea and also from surrounding areas from where the Korean peninsula is targeted,” the commentary read. “This should be clearly understood.”

Thus the Biden administration’s stance, should it remain in place, could ratchet up tensions with North Korea even further.

Almost no experts believe Pyongyang will ever give up its nuclear arsenal, especially since it sees those weapons as its best defense against an improbable US-led invasion. Plus, few nations voluntarily give up their nuclear weapons after spending decades to acquire and build them.

The North Korea-focused formulation “doesn’t help any, and it’s not clear why they’ve chosen this language,” said Middlebury’s Pollack. “It plays straight to [North Korea’s] complaint that the US just wants to demand their unilateral disarmament.”

The Biden administration has promised to keep conversations going with allies about its North Korea policy until it finalizes its plans. “Throughout the review process, we have and will continue to engage with our Japanese and South Korean allies to solicit input and explore fresh approaches. We have listened carefully to their ideas, including through trilateral consultations,” the senior administration official told me.

Even so, the repeated American position worries experts that a decision may have already been made by default — with potentially disastrous results.

“If this is the new formulation, I would not expect the North Koreans to reciprocate any overtures,” said Ankit Panda, an expert on North Korea’s nuclear program at the Carnegie Endowment for International Peace. “There are very few incentives to take a first step until they see a positive sign from the US.”

Hundreds of Amazon employees plan to risk their jobs this week by violating company policy
China may double its nuclear arsenal in just 10 years. Don’t panic.
Sucking CO2 out of the atmosphere, explained
The president’s job is to manage risk. But Trump is the risk.
Young female activists like Greta Thunberg have the world’s attention
At the UN, China’s Xi showed he understands the system better than Trump