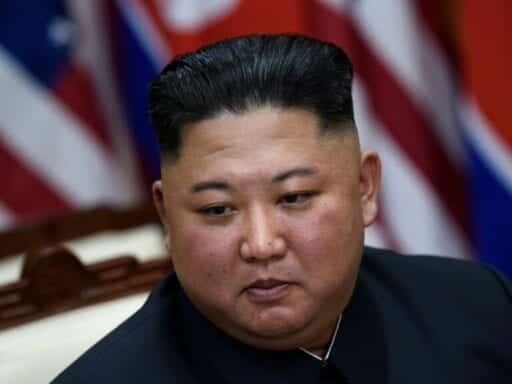 This is a test for Trump.

The launches, which took place early Thursday morning local time, came from the city of Wonsan on North Korea’s east coast, according to South Korea’s joint chiefs of staff. The projectiles flew approximately 265 miles and splashed down in the Sea of Japan.

No other information is known at the moment. An unnamed defense official told CNN on Wednesday that the shot weapon was a short-range missile, but there’s no official confirmation of that yet.

“Our military is monitoring the situation in case of additional launches and maintaining a readiness posture,” the South Korean military said in a statement. “We are aware of reports of a short-range projectile launched from North Korea,” a senior administration official told me.

Experts believe the tested short-range missile is the KN-23, the same one North Korea launched back in May. Wonsan is the weapon’s testing ground, and the missile can carry a nuclear bomb on top.

The question is why North Korean leader Kim Jong Un decided to launch some projectiles right now. And the answer, at least in part, almost certainly has to do with John Bolton.

Bolton is in South Korea right now. That’s probably not a coincidence.

President Donald Trump’s national security adviser is currently in South Korea mainly to meet with his counterpart and settle a trade dispute between Seoul and Tokyo.

There’s bad blood between Bolton and the Kim regime that goes way back, well before Bolton worked for Trump. Bolton spent years in government working to stop any negotiations with Pyongyang and instead to forcibly change the regime.

Shortly before he became Trump’s adviser, Bolton advocated for a military strike on North Korea over its nuclear program; Pyongyang, in return, has called him many not-so-nice names over the years, including “human scum.”

Which means that Kim may simply be sending a not-so-subtle message to Bolton with these launches — basically, a rocket-size middle finger to a guy they really, really don’t like.

Kim may also be trying to signal his displeasure over the state of the nuclear negotiations with the Trump administration more generally.

The US and North Korea have made little progress in their diplomatic effort to reach a deal over dismantling Pyongyang’s nuclear program. Kim wants Trump to lift sanctions on his country before he gives up some of his weapons, and Trump wants Kim to give up nearly all of his weapons before he lifts the sanctions. As a result, the two sides remain locked in a stalemate.

“Kim Jong Un wants sanctions off,” Jeffrey Lewis, an expert on North Korea’s program at the Middlebury Institute for International Studies, told me. “We should expect more tests like this.”

The launch also comes just two days after Pyongyang showed off a new submarine that could potentially carry nuclear weapons.

“North Korea’s nuclear and missile arsenals are now routinely being improved, displayed, and tested. The current bargain is: don’t test nuclear warheads or long range missiles and the United States won’t object or seriously try to stop it,” Adam Mount, a nuclear expert at the Federation of American Scientists, tweeted on Wednesday.

But now that North Korea is firing off projectiles yet again — and with the US national security adviser nearby, no less — Trump may start to reconsider his friendly stance with Kim.

And if that happens, the days of “fire and fury” may soon come roaring back.