Now that Netflix has more streaming competitors, it suddenly cares about ratings 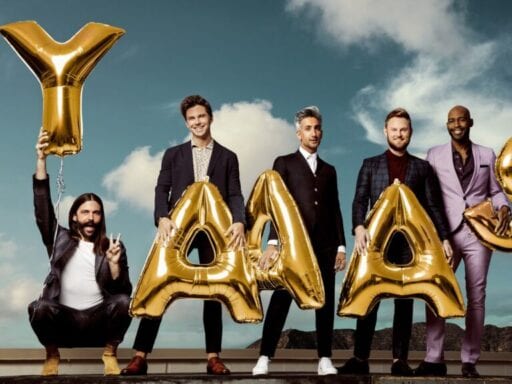 Netflix, which is best known for streaming TV shows, likes to position itself as the anti-TV service: No ads, no schedule, no waiting a week to watch new episodes.

And, also, no ratings: If you want to know how popular a Netflix show is, you are probably going to be out of luck.

For years, Netflix didn’t provide any viewing data about its programming at all and kept this information close to the chest. The only way to tell, more or less, if a show was doing well on Netflix was to see if Netflix renewed the show.

In the last year or so, that has started to change. The company is publicly providing some viewing numbers for select shows and movies Netflix wants to brag about; it is also sharing limited numbers with some outsiders that make shows for Netflix.

But as Netflix faces a slew of new streaming competitors — Apple launched last week, Disney is launching next week, and more are coming — now Netflix says that ratings may not be a terrible idea, after all.

On Tuesday at the New York Times DealBook conference, Netflix CEO Reed Hastings said that subscriber numbers — the primary metric Wall Street has used to evaluate his company for years — wouldn’t be that useful to judge new competitors as they come online because so many of them will be giving away their programming, or bundling it with other offers, to drive up their subscriber numbers.

In order to get a better sense of how Netflix and its competitors stack up, he said, you should look at numbers from … Nielsen, the TV ratings service that has recently started providing data about Netflix programming.

Time, that’s the real competition. The tricky thing in this streaming war, Apple and Disney aren’t going to break out revenue for the service.

You’ll hear some subscriber numbers but you can just bundle things in so that’s not going to be that relevant. So the real measurement will be time — how do consumers vote with their evenings? And do they end up watching [sic] what mix of all the services ?

Starting in Q1, you’ll start to see a breakout of that, from Nielsen and others.

That’s not a full endorsement of Nielsen’s Netflix estimates, which the company gathers on its own without official help from Netflix. But it’s also a change in the way Hastings and his company have previously discussed Nielsen’s work: Previously, Netflix said Nielsen doesn’t have enough insight into its 160 million subscribers to put together accurate viewing data.

They did the latter earlier this year when they argued that Netflix accounted for 10 percent of TV screen time with the suggestion that the company’s hold on your entertainment attention span could grow much bigger over time.

Still, it’s striking to see Netflix embrace Nielsen numbers in any way, most notably because Nielsen ratings exist to support a business model Netflix doesn’t use at all: Nielsen numbers are important to traditional TV networks because those networks use the numbers to sell ads. But Netflix sells ad-free subscriptions so it has never needed to convince advertisers to buy space on Stranger Things or The Irishman; it just needs subscribers to think those shows — or anything on Netflix — are worth paying for.