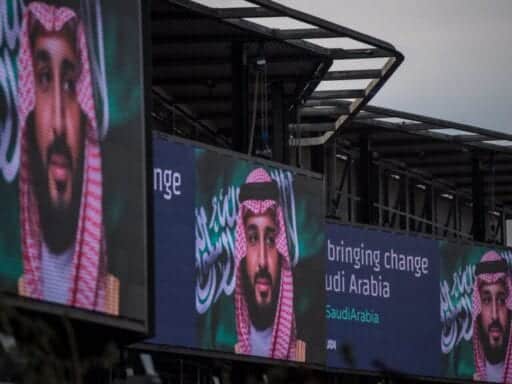 Saudi Arabia reportedly groomed a Twitter employee to help it spy on dissenters.

The Saudi Arabian government enlisted a Twitter army to silence its critics online. It groomed a Twitter employee in the United States to try to get him to spy on certain accounts. And an American-based consultancy company helped the government identify and target dissidents on Twitter who were later punished and silenced.

Katie Benner, Mark Mazzetti, Ben Hubbard, and Mike Isaac at the New York Times on Saturday detailed the efforts of the Saudi government and Crown Prince Mohammed bin Salman to quiet dissenters in the country and around the world. The report lands amid increased scrutiny on the Saudis and MBS over the disappearance and murder of dissident journalist Jamal Khashoggi, who went missing after entering the Saudi consulate in Istanbul on October 2.

The report reveals the dangers for American tech companies, which have until recently single-mindedly focused on growth. Like Facebook, Twitter is beginning to see the downsides of a completely open platform — particularly when it intersects with authoritarian regimes.

According to the Times, Saudi operatives have “mobilized to harass critics on Twitter” to keep them from speaking out. They’ve employed a number of tactics, including swarming critics with memes, creating distractions from relevant conversations, and reporting content they don’t want seen to Twitter as “sensitive.” The government has created its Twitter army by paying young men about 10,000 Saudi riyals, or $3,000, a month to tweet.

One of the most disturbing parts of the Times’ story is its account of how the Saudis identified and groomed a Twitter employee, Ali Alzabarah, to spy on accounts from within. He joined Twitter in 2013, during which time he obtained an engineering position that allowed him to access users’ phone numbers and IP addresses.

Twitter executives became aware of what was going on in 2015 after intelligence officials told them Alzabarah had “grown closer” to Saudi intelligence operatives who has “persuaded him to peer into several user accounts.” He was eventually ousted and went back to Saudi Arabia:

Caught off guard by the government outreach, the Twitter executives placed Mr. Alzabarah on administrative leave, questioned him and conducted a forensic analysis to determine what information he may have accessed. They could not find evidence that he had handed over Twitter data to the Saudi government, but they nonetheless fired him in December 2015.

Mr. Alzabarah returned to Saudi Arabia shortly after, taking few possessions with him. He now works with the Saudi government, a person briefed on the matter said.

Twitter, according to the Times, subsequently sent out safety notice to the accounts Alzabarah had accessed.

An especially disturbing anecdote at the end of the Times story revealed a McKinsey & Company study measured the public reception of economic austerity measures introduced in Saudi Arabia in 2015. The report found that the measures got twice as much coverage on Twitter as they did in more traditional news outlets, and the Twitter reaction was much more negative than positive.

Khashoggi’s disappearance has put Saudi Arabia and MBS under the microscope.

While the crown prince has sought to cast himself as a reformer, there have for years been evidence of a darker side to him: the Saudis were involved in the mysterious disappearance of the Lebanese prime minister (he later reappeared) and rounded up and imprisoned hundreds of influential businessman and members of the royal family last year. MBS is overseeing a war in Yemen and a diplomatic blockade of Qatar and this year has engaged in an ongoing spat with Canada.

The Times story also exemplifies how Twitter has to go in dealing with bad actors using its platform for manipulation and nefarious ends. The San Francisco-based company has said that it is trying to focus on the “health” of the conversations it hosts and purged suspicious accounts. A lot of focus has been placed on Russian bots, but Russia is hardly the only source of trouble.

Twitter CEO Jack Dorsey testified on Capitol Hill in September and acknowledged the “real-world negative consequences” of Twitter — specifically, in that case, in the United States. The Times story shows how much broader the problems — and more severe the real-world consequences — are.

We‘ve made significant progress recently on tactical solutions like identification of many forms of manipulation intending to artificially amplify information, more transparency around who buys ads and how they are targeted, and challenging suspicious logins and account creation.

Brazil’s Jair Bolsonaro gets coronavirus after months of downplaying the pandemic
Why Big Tech isn’t fighting Trump in public this time
The US tested the wrong people for the coronavirus
Avengers: Infinity War is the beginning of a goodbye to Captain America
The 10 most important Senate elections, briefly explained
Schumer: DOD asked to house 20,000 immigrant children