Obama’s summer reading list seems to include some Trump shade 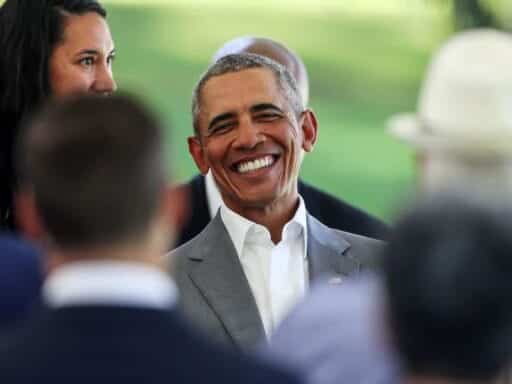 His speech wasn’t the only thing that indirectly took aim at the president.

On Tuesday, he took indirect aim at his successor, denouncing “strongman politics” and warning against growing racial nationalism in the US. This speech — which was part of a celebration commemorating Nelson Mandela’s 100th birthday — marks Obama’s highest-profile appearance since his departure from the White House. It’s one of several stops in a larger trip he’s currently taking in Kenya and South Africa.

These remarks weren’t the first time Obama appeared to hit at the current commander-in-chief in recent days. Ahead of his visit, Obama seemingly made a dig at Trump via another platform he’s been known to use for veiled political references: his summer reading list.

In a Facebook post on Friday, Obama highlighted some of his favorite books by African writers and thinkers — just one day after Trump framed the entire African continent as a place riddled by “vicious and violent” conflicts. (Earlier this year, Trump was also widely criticized for allegedly referring to African countries as “shithole” nations.)

“I was proud to visit sub-Saharan Africa more times than any other sitting President, and I’ll return this week to visit Kenya and South Africa,” Obama wrote. “I’ve often drawn inspiration from Africa’s extraordinary literary tradition.”

In his post, Obama — who gives a nod to Kenya as his “ancestral home” — highlights Africa as “a continent of wonderful diversity, thriving culture, and remarkable stories.”

His reading list includes the literary classic Things Fall Apart, by Chinua Achebe — an intricate novel examining a community grappling with the influx of Christian missionaries and colonialism — as well as more contemporary suggestions like Americanah, by Chimamanda Ngozi Adichie — a powerful meditation on belonging that follows a Nigerian woman as she navigates both the US and her home country.

This week, I’m traveling to Africa for the first time since I left office – a continent of wonderful diversity, thriving…

This isn’t the first time Obama may have offered a political message in his pop cultural references. His 2017 reading list included the likes of A Gentleman in Moscow, a novel about a Russian count living under house arrest, and Exit West, a book that examines the world refugee crisis.

One way to reduce gun deaths: restrict big bullets and guns
Why Starbucks, Seattle, and Tom Brady are all shunning plastic straws
Why we say “OK”
What is the essence of pamplemousse? LaCroix still won’t tell us.
The 2019 Victoria’s Secret fashion show has been canceled. It was only a matter of time.
Ant-Man and the Wasp’s post-credits scenes, explained