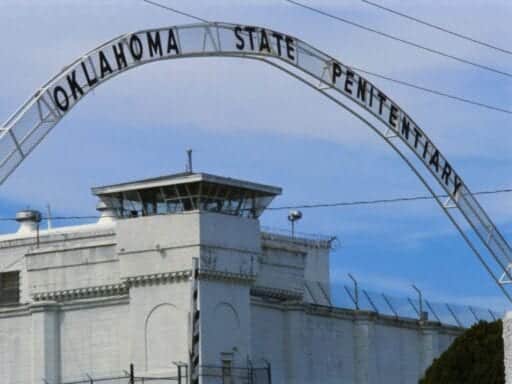 The state’s Republican leaders are forging ahead with criminal justice reform.

Oklahoma will release more than 460 prison inmates on Monday in what will amount to the largest single-day mass commutation of sentences in US history.

The move, pushed by Republican Gov. Kevin Stitt and the Republican-controlled legislature, is part of the state’s efforts to reform its criminal justice system. On Friday, Stitt signed off on the commutation of 527 inmates’ sentences, with 462 to be released on Monday and 65 later, Holly Yan reported for CNN.

The inmates were all convicted of nonviolent offenses.

In recent years, both Democrats and Republicans have pushed to lessen incarceration. Some of that is in reaction to research finding that higher incarceration rates — and longer prison sentences in particular — don’t actually reduce crime or improve public safety. The system is rife with racial disparities, as minority Americans are much more likely to be locked up. And incarcerating so many people is expensive.

“Had these inmates served their full uncommuted sentence, it could have cost the State of Oklahoma approximately $11.9M for continued incarceration based upon the average costs,” the Oklahoma Pardon and Parole Board said in a statement.

The US prison population has steadily declined since 2010. The drop has occurred across the political spectrum, from liberal states like California to more moderate ones like Virginia to conservative states like Texas. Pew Charitable Trusts noted that declines in state prison populations often occurred alongside declines in crime — indicating that higher incarceration rates aren’t needed to maintain public safety gains.

President Donald Trump ran on a “tough on crime,” pro-incarceration platform, eventually nominating hardliners like Jeff Sessions and William Barr, who in the 1990s signed off on a report titled The Case for More Incarceration, to head the US Department of Justice. But as president, Trump also signed into law the First Step Act, the biggest criminal justice reform law in decades, after veto-proof bipartisan majorities in Congress approved the measure.

Still, the federal system actually makes up a small piece of the overall prison population in the US — with nearly 88 percent of people in US prisons held in state facilities. That’s why moves like Oklahoma’s are so important: To really undo mass incarceration, the states will have to act.

It’s mostly up to states to undo mass incarceration

Consider the statistics: In the US, federal prisons house about 12 percent of the overall prison population. That is, to be sure, a significant number in such a big system. But it’s relatively small in the grand scheme of things, as this chart from the Prison Policy Initiative shows:

One way to think about this is what would happen if Trump used his pardon powers to their maximum potential — meaning he pardoned every single person in federal prison right now. That would push down America’s overall incarcerated population from about 2.1 million to about 1.9 million.

That would be a hefty reduction. But it wouldn’t undo mass incarceration, as the US would still lead all but one country in locking people up: With an incarceration rate of around 600 per 100,000 people, only the small country of El Salvador would come ahead.

Similarly, almost all police work is done at the local and state level. There are about 18,000 law enforcement agencies in America — only a dozen or so of which are federal agencies.

So it will largely be up to the states to pull back incarceration. Crucially, if the goal is to get down to the incarceration rates of other developed democracies, reform will at some point need to reduce sentences for violent crimes as well, because most people in state prisons are in for violent offenses.

Oklahoma, at least, has focused on nonviolent offenses. In 2016, voters in the state approved ballot measures reducing some property and drug offenses from felonies to misdemeanors, and allocating the savings to rehabilitation programs. The governor and legislature have built on those reforms — culminating on Monday with the largest single-day commutation in US history.