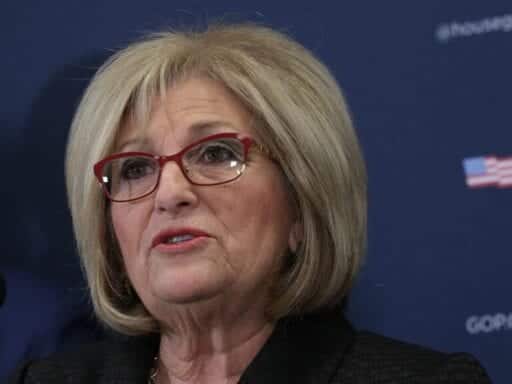 Bill Lee, a business executive from south of Nashville, clinched a victory in Tennessee’s Republican primary, in what turned out to be a heated race between four top-tier Republican candidates. At the time the race was called, Black was in third, behind Randy Boyd, a former Department of Economic and Community Development commissioner from Knoxville.

Lee, a family business owner and cattle farmer, ran as an outsider candidate; on policy he was as conservative as his primary opponents, but he benefited from being left out of the crossfire. He will face former Nashville Mayor Karl Dean, a Democrat, in November.

The race is a major defeat for Black, who held a powerful chair role in the House as the head of the Budget Committee and could have had a future in House Republican leadership. An early favorite in the race, she had Vice President Mike Pence’s endorsement and was running as Trump’s candidate (despite never actually getting the president’s formal endorsement). Her loss indicates that running close to Trump doesn’t guarantee success, even in a deeply red state like Tennessee.

Tennessee went for Trump by 26 points in 2016, and he has a 56 percent approval rating in the state. Republicans control the state legislature, the governor’s mansion, both US Senate seats, and seven of nine House seats. But a quick scan of the Republicans who have been elected to statewide office — from term-limited Gov. Bill Haslam to Sens. Lamar Alexander, a known bipartisan dealmaker, and Bob Corker, a once-fierce Trump critic — shows the state still favors establishment, business-centric Republicans.

“Tennessee is a Republican state; it’s conservative but it’s not as conservative as you would think,” John Greer, a pollster with Vanderbilt University, told Vox. “There is a consistent pragmatic streak in the state.”

And the state has a longer Democratic legacy than one would expect. A single party hasn’t been able to hold on to the governor’s mansion for more than two terms since 1869.

Black’s campaign proved to be a politically fatal combination; it was overwhelmingly Trump-y, stuck in a damaging mudslinging match between with Boyd, and Black proved surprising unpopular as a creature of Washington, DC. Now, Black joins a growing list of House Republicans who have failed to win their bids for higher office.

House Republicans aren’t doing well in their primaries this year

Having political experience in Washington has been more of a risk than an asset in the 2018 midterms elections so far — particularly for House Republicans seeking higher office.

Black is joining a growing list of House Republican that have lost their primaries this year; Reps. Luke Messer and Todd Rokita both failed to clinch the Republican nomination in Indiana’s Senate race, losing the race to businessman outsider Mike Braun.

Those who have succeeded, have only narrowly done so, like Ohio’s Rep. Jim Renacci, who won the Republican nomination to run against Sen. Sherrod Brown this fall with lukewarm support.

It’s not surprising. The ruling party is usually disadvantaged in midterm elections, and after two years of more partisan drama and chaos in Congress than actual legislating, many of these lawmakers are going home with little to show for themselves and the party.

And in a state like Tennessee, that has a history of electing the more “pragmatic” Republicans, chaos doesn’t bode well with voters.

“I think voters are still looking for outsiders,” Greer said. “Black doesn’t come out that way.”