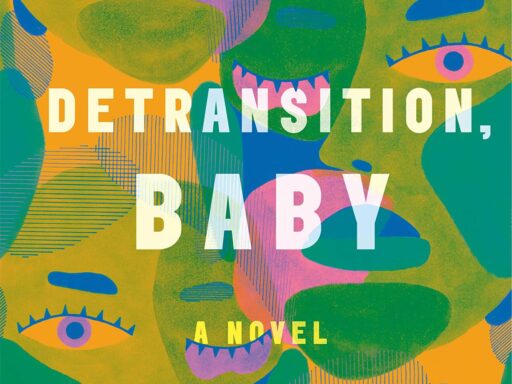 The book’s hot-button premise could only be handled by a trans novelist.

“I’m like five pages into this book,” my friend said, “and I’m upset that the cis are going to read it.”

My friend was talking about Torrey Peters’s Detransition, Baby, the book seemingly every trans person I know has been reading since it hit shelves on January 12. As one of just a handful of novels by trans people published by a major publishing house — in this case, One World, which is part of Random House — and one of a scant few novels, period, to try to describe the inner lives of trans women, Detransition, Baby arrived with a tremendous weight of expectations on it. It lives up to them.

Peters’s novel follows three characters whose lives intertwine around an unexpected pregnancy. Reese, a trans woman approaching her mid-30s, has always longed to be a mother. But as a single woman with a limited income, it seems increasingly unlikely she will be able to adopt a child. Her ex, Ames, lived for several years as a trans woman named Amy, before detransitioning and living his life again as a man.

The two haven’t spoken in ages, until Ames contacts Reese and says he’s unexpectedly gotten his girlfriend and boss, Katrina, pregnant — something that shouldn’t have been possible, as almost all trans women are rendered sterile after about six months of hormone replacement therapy. (Ames had been on HRT for around five years before detransitioning.) Katrina, for her part, is 39. This pregnancy might be her last real shot at having a baby, but she’s deeply ambivalent about the prospect.

The squeamishness that Detransition, Baby inspired in my friend is earned. The book lays bare many of the innermost thoughts I’ve had as a trans woman, from my desires to my anxieties to fears I barely know how to name. This deeply true sentence, for example: “Many people think a trans woman’s deepest desire is to live in her true gender, but actually it is to always stand in good lighting.” I can’t say that I share every single one of the characters’ preoccupations, but I shared enough of them to feel deeply seen, roughly every other page.

Intriguingly, the character who is sketched the most thoroughly is Ames. Peters has gone to great pains to figure out the mindset of someone who would detransition but still identify, at least a little bit, with trans women and deeply miss their company. Why Ames detransitioned is a question the novel circles endlessly, until its final few chapters, and the answer Peters provides makes perfect sense for the character while also underlining just why Ames’s decision drove such a wedge between him and Reese. (Reese’s own behavior didn’t help matters.)

Detransitioning is something of a live wire in trans discussions. Yes, detransitioners exist, and yes, many go on to live happy, fulfilling lives as the gender they were assigned at birth. But even more people halt their gender transitions because the world makes it really fucking hard to be a trans person, and nobody should be subjected to that much pain just to be themselves. It may be easier to go around lost in a fog of oneself than it is to suffer just for being yourself.

The existence of detransitioners is often used as a cudgel against trans people by cisnormative society. The British detransitioning woman Keira Bell, for instance, successfully sued the clinic that provided her with puberty blockers as a child. She went on to begin HRT at 18, then had top surgery (a double mastectomy) at 20, before detransitioning. Bell’s regrets over those medical decisions led to her lawsuit, which in December 2020 led the British High Court to place incredible hurdles in the way of other minors seeking puberty blockers in the country.

To be sure: Some effects of transition are irreversible. Were I to decide to detransition, I would have to have top surgery, and I am quite likely sterile (though as Ames’s situation in Detransition, Baby makes clear, “quite likely” isn’t “definitely”). But transition has also made my mind clearer, and it has made my body feel more like my own. I wouldn’t give those things up for all the hardships I’ve faced, not in a second. That the regrets of those who detransition are too often privileged over the needs of the vast majority of trans people who pursue medical transition underlines just how thoroughly society internalizes cis people as “normal” and trans people as, at best, an unfortunate aberration.

By running straight at this tension — and by making Ames perhaps the most intriguing character in her book — Peters tackles something I’d only trust a trans novelist to take on. Whatever anxiety I’d initially felt about the novel centering in large part on the life of a detransitioner melted away the second the character’s inner life came into view. Peters is too deft a writer to turn Ames into a political hot button. He is, instead, someone just trying to fumble his way through a life that has afforded him very few good options. Even the prospect of fatherhood fills him with anxiety. He can live as a man; he’s not sure he can embrace the title “father.”

Detransition, Baby is concerned with much more than the first word in its title, however. Reese’s longing for motherhood — and frustration with how hard she will have to work to achieve it — means the second word in the title is just as weighty, and through Reese, Peters has somehow channeled the lives of nearly every trans woman I know. In particular, she’s excellent at highlighting how Reese’s trans identity blinds her to the ways in which her whiteness affords her privileges she might not consider — privileges that Katrina (who is biracial, with a Jewish father and Chinese American mother) points out often.

Peters’s dialogue sometimes clangs, and I’m not sure Katrina is as fully realized as either Ames or Reese. But Detransition, Baby is a terrific read in spite of these small flaws, one that looks at the trans experience in modern America unflinchingly, in ways that made me feel seen and made me feel horrified to feel so seen. If you are a cis person seeking to empathize with trans women, this book wouldn’t be a bad place to start. Just don’t try to talk to me about it without clearing out your calendar to give me time to vomit my every innermost anxiety in your general direction.

Detransition, Baby is available from booksellers. For more recommendations from the world of culture, check out the One Good Thing archives.

The Platform, now on Netflix, angrily scratches the same itch as Snowpiercer and Parasite
The scramble to feed the kids left hungry by the coronavirus crisis
Why the US has so many Filipino nurses
Hong Kong arrests over 50 democracy activists in an unprecedented crackdown
The vaping-related illness outbreak has peaked — but it’s not over
11 of 2020’s best TV shows, video games, podcasts, and more