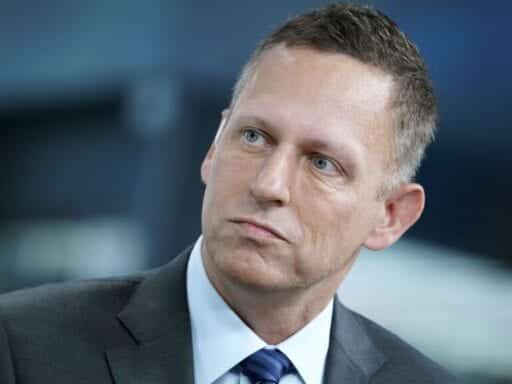 In the months following Recode’s reporting about problems at Mithril Capital — including a federal investigation from the FBI and other agencies over concerns of financial misconduct — things have only gotten messier for the firm. On Thursday, Mithril’s former general counsel, Crystal McKellar, filed a lawsuit against the firm alleging that Mithril had retaliated against her with a lawsuit it had filed against McKellar last month.

As all of this has unfolded, Thiel, the powerful venture capitalist who co-founded Mithril, has yet to weigh in on the drama that has proven to be an embarrassing series of events in his investment empire. Thiel did not have an immediate comment on Thursday.

Both McKellar and Mithril, which is run by a close associate of Thiel’s named Ajay Royan, lob tremendous accusations in their respective suits. They revolve around anonymous hand-written letters delivered by mail, alleged acts of retaliation against whistleblowers, and emergency meetings at Thiel’s home as he tries to make sense of the mess at the firm.

In her suit, McKellar alleges that Thiel once told her that Royan was “either suffering from a ‘mental episode’ or was ‘engaged in a massive financial fraud,’” according to the opening lines of her suit, filed in federal court in Northern California. Over 49 pages, McKellar details “lies” she alleges that Royan told to his investors, to media outlets, and, crucially, to Thiel. She herself claims to be a whistleblower. She did not immediately comment on the claims she makes in her lawsuit.

Royan’s representatives did not immediately respond to a request for comment on McKellar’s litigation. But in the firm’s own lawsuit, filed in Texas state court last month, Mithril positions McKellar as a stereotypical disgruntled employee, alleging that she violates confidentiality and separation agreements by disparaging Royan and Mithril to outside parties, including federal authorities, which Mithril says triggered the FBI investigation.

One of the firm’s biggest bombshell allegations is its claim that McKellar sent an anonymous letter to a Mithril portfolio company alleging that Mithril had publicly “grossly overstated” the company’s progress. Mithril said it then hired expert forensic analysts to examine the handwriting on the Priority Mail envelope and determined that McKellar was the likely sender, despite her attempt to “impersonate” a different investor in the firm.

In her lawsuit, McKellar confirms she sent the anonymous letter — as part of what she says was her attempt to protect the company.

McKellar, once a child actress who played Becky Slater on the hit TV show The Wonder Years, makes her own allegations, claiming that Royan was constantly lying to everyone from Thiel to his own employees about matters ranging from the management fees Royan charged his investors to why the firm was so slow to invest the hundreds of millions of dollars Mithril had raised. McKellar alleges that Royan was motivated to make his staff costs as low as possible so he “could personally pocket the lion’s share of management fees paid by investors.”

But the most revealing accusations from McKellar center on Thiel. In the suit, McKellar alleges that Thiel told her he was considering an attempt to shut down the fund after he learned of Royan’s alleged misconduct.

McKellar recounts weekend meetings with Thiel at his home in Los Angeles in January with Thiel’s lawyers and Royan, in which she claims Thiel “erupt[ed] in anger” on multiple occasions.

Over the following weeks, McKellar says, she and Thiel tried to help fix Mithril’s problems.

Feeling that she was not making progress, McKellar sent her whistleblower complaint to the government in March. And then the federal investigation began.

The eternal adolescent voice of The Catcher in the Rye, in one passage
Nursing home deaths in Texas rose 64 percent in the past 2 weeks
Facebook doubles down on removing coronavirus conspiracy theories
The former US ambassador to the UAE under Obama is joining Biden’s National Security Council
Is Watchmen too confounding for its own good?
Voter suppression is the most existential crisis in our democracy, according to Stacey Abrams