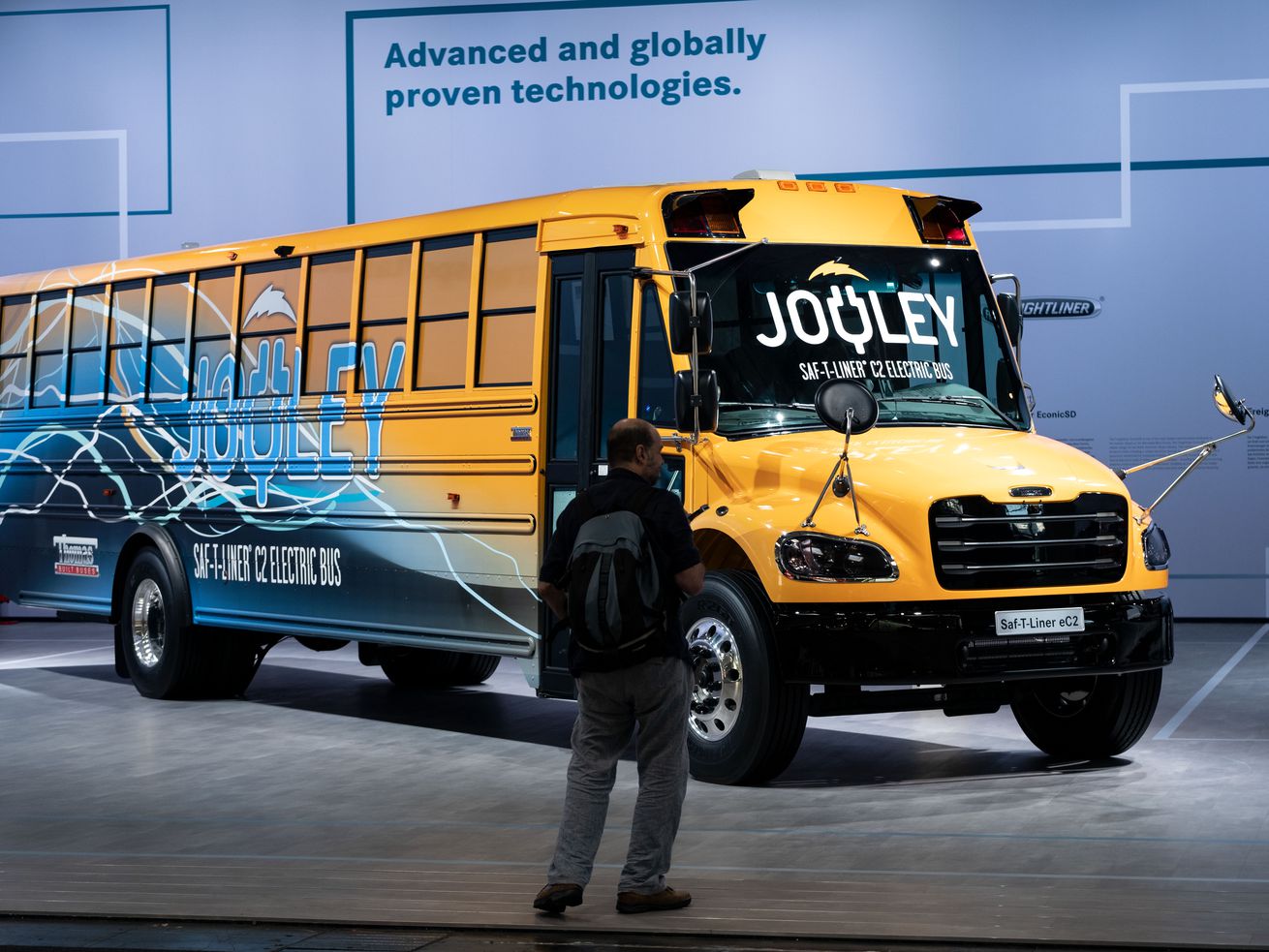 But one of its smartest provisions has mostly flown under the radar — a proposal to switch at least one-fifth of the school bus fleet from diesel to electric.

It may seem like a minor idea, bundled with other provisions in the plan’s splashy electric vehicle push, but it’s a low-key consequential one. There’s substantial evidence that breathing diesel fumes puts kids at risk and harms their performance at school. Until recently, the battery technology just wasn’t there to switch buses over to electric — but now it is. And Congress should make sure it’s in the final version of the infrastructure bill.

It’s no secret that air pollution is bad for people. But more and more research suggests we still underrate its impacts — air pollution really is more harmful than we know. Breathing polluted air causes short-term harm: People exposed to fumes struggle with cognitive tasks and focus. It also causes long-term harm: The more pollution a person breathes in, the greater their odds of hospitalization, health complications, and death.

Meta-analyses of hundreds of studies have found strong associations between low levels of air pollution and deadly cardiorespiratory diseases. One recent study looked at the effects of diesel cars that were supposed to meet emissions guidelines, but did not, and suggested that even the slight increase in air pollution from one cheating car meant more kids hospitalized and more babies born prematurely.

Another study found that air pollution worsens dementia substantially. And another found that dust pollution in Africa drives a 22 percent increase in child mortality.

While hospitalization, life-threatening emergencies, and death are the most dramatic effects of air pollution, there’s a lot of evidence that it’s affecting the rest of us, too. That’s what has driven some researchers to say there is no safe level of air pollution.

So where do school buses come in?

About 55 percent of America’s public school students use buses to get to school, and 95 percent of those buses run on diesel. Researchers have measured pollutant levels on those buses, and they’re five to 10 times higher than pollution levels in nearby areas. There’s preliminary evidence that retrofitting school buses to pollute less improves kids’ test scores, and that’s hardly surprising — the effects of air pollution on brain development are well-documented.

Because they’re so much bigger than electric cars, they can carry bigger batteries, and many options soon to be on the market have a long range — at least 200 miles, which is much farther than most school buses drive on their daily trip. They pollute vastly less, even if the electricity is coming from coal-fueled power plants.

Until fairly recently, the battery technology wasn’t quite there for electric buses to make economic sense. But now that might be possible, as electric bus technology has been a hotbed of innovation in the past few years. One electric bus set a new record by driving more than 1,000 miles on a single charge. The electric bus company Proterra released its patents for a fast-charging system that can completely charge a bus in 10 minutes. Volvo and Hyundai have developed electric buses. China has replaced much of its transit system with electric buses.

Congress has been tossing around the idea of a transition to electric school buses for a while; in 2019, then-Sen. Kamala Harris introduced a bill to do just that, and it was a plank in Sen. Bernie Sanders’s (I-VT) Green New Deal proposal.

An investment like the one Biden lays out is likely to help electric buses transition into the mainstream. Replacing our school buses, even just a fifth of the fleet, with electric buses might give the industry, with all its innovations, the chance to prove itself — and then win over municipalities and private bus markets.

Overall, the strongest case for electric school buses is a simple one. When children are sent off to school on diesel buses, society is sabotaging them: asking them to learn and study while breathing in air that makes that harder. It’s worth spending some money and solving some technical challenges to give every child the breathing room to learn.