One state has banned unsolicited dick pics. Will it fix the problem? 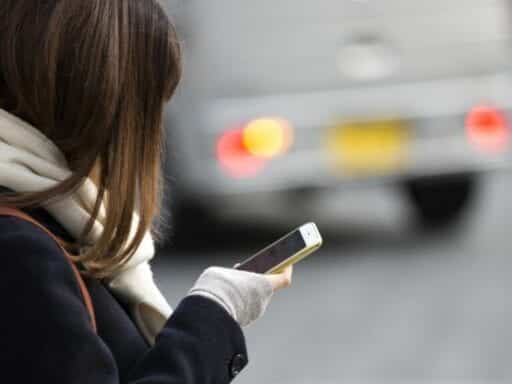 Close to half of millennial women in America have, at some point in their lives, received an unsolicited dick pic.

To be precise, 41 percent of women ages 18 to 36 said in a 2017 YouGov survey that they’d gotten at least one unwanted penis picture. Like many things that men do, such pictures are often treated like an insoluble problem, something women just have to accept if they want to keep living in the world.

Texas, however, is trying a legislative solution. Spurred by executives at the dating app Bumble, which is headquartered in Austin, state lawmakers passed a ban on sending sexually explicit material without consent, the Associated Press reports. Under the ban, which went into effect Saturday, sending such pictures is a misdemeanor, punishable by a fine of up to $500.

“We spend a considerable amount of our time online — especially younger generations and those in college — yet the digital world has fallen short in protecting us there,” Bumble’s chief of staff Caroline Roche told Vox in an email. “If it’s a crime in real life, the same accountability should apply to digital interactions.”

Bumble is pushing for a similar law at the federal level, and a bill banning unsolicited nude pictures was introduced last year in New York City, where subway riders have reported getting unsolicited dick pics via AirDrop. Critics say the laws could be difficult to enforce, and could lead people to be prosecuted for sharing pictures of breastfeeding or other images not intended to be sexual. But supporters say the laws are a way to deter people from committing a form of harassment that, until now, has been nearly impossible to stop.

The Texas law is just one legal response to dick pics

The Texas law came about after advocacy by executives at Bumble — an app specifically designed with female users in mind, as male users cannot send the first message to women.

“Our team has heard countless stories about digital sexual harassment from girlfriends and coworkers who would walk through public places and get lewd photos AirDropped onto their phones,” Roche said. “When unwanted sexual photos are sent through Bumble, we ban those users right away, but that’s not enough to deter them from doing this on other platforms or in real life.”

So Bumble’s team reached out to Texas lawmakers of both parties, Roche said. Texas Rep. Morgan Meyer, a Republican, wrote the legislation, which attracted bipartisan sponsorship and was signed by Republican Gov. Greg Abbott in May.

Now Bumble hopes to convince Congress to consider such legislation. One place it’s already been floated is New York City, where commuters experience a form of harassment enabled by close proximity: people can use their phone’s AirDrop feature to send unsolicited dick pics or other images to people seated in their subway car — and, as Sharon Otterman notes at the New York Times, because of AirDrop’s preview feature, commuters have no choice but to see the images before they can decline them.

The New York City bill, which has not yet passed, would make it a misdemeanor “to send an unsolicited sexually explicit video or image to another person with intent to harass, annoy or alarm such other person.” Offenders could face up to a year in jail, and a fine of up to $1,000.

Both the New York City and Texas efforts could pose enforcement challenges. As Issie Lapowsky notes at Wired, it’s hard to identify the sender of an AirDrop dick pic. J.T. Morris, an attorney who specializes in First Amendment cases, told the Texas Tribune that the law could run into problems if an accused person says a third party sent the images through a hack or some other means.

But the problem the Texas law is trying to address is serious and real, Citron said: “as a culture we know that getting unsolicited nudes can be emotionally taxing and harassing.”

Supporters of such laws say they have some value as a deterrent even if they’re hard to enforce. “This sends a really strong message that behavior you might think is ambiguous isn’t ambiguous,” Mary Anne Franks, a law professor and president of the Cyber Civil Rights Initiative, told Wired of the New York bill. “It’s criminal.”

And Bumble CEO Whitney Wolfe Herd told Texas lawmakers in a May hearing that “it feels like men and women are being told that this increasingly common problem is really no big deal.”

“Women in particular are expected to laugh this sort of thing off,” Herd said, according to the Tribune.

According to Herd and other supporters of the Texas law, they shouldn’t have to.

Marie Yovanovitch’s opening statement is an indictment of the State Department under Trump
What the media missed about Joe Biden’s electability
Joe Biden’s new plan to end the opioid epidemic is the most ambitious in the field
Apple and Google want to turn your phone into a Covid-tracking machine
Trump: “The concept of chokehold sounds so innocent, so perfect”
Watching blockbusters in an age of calamity