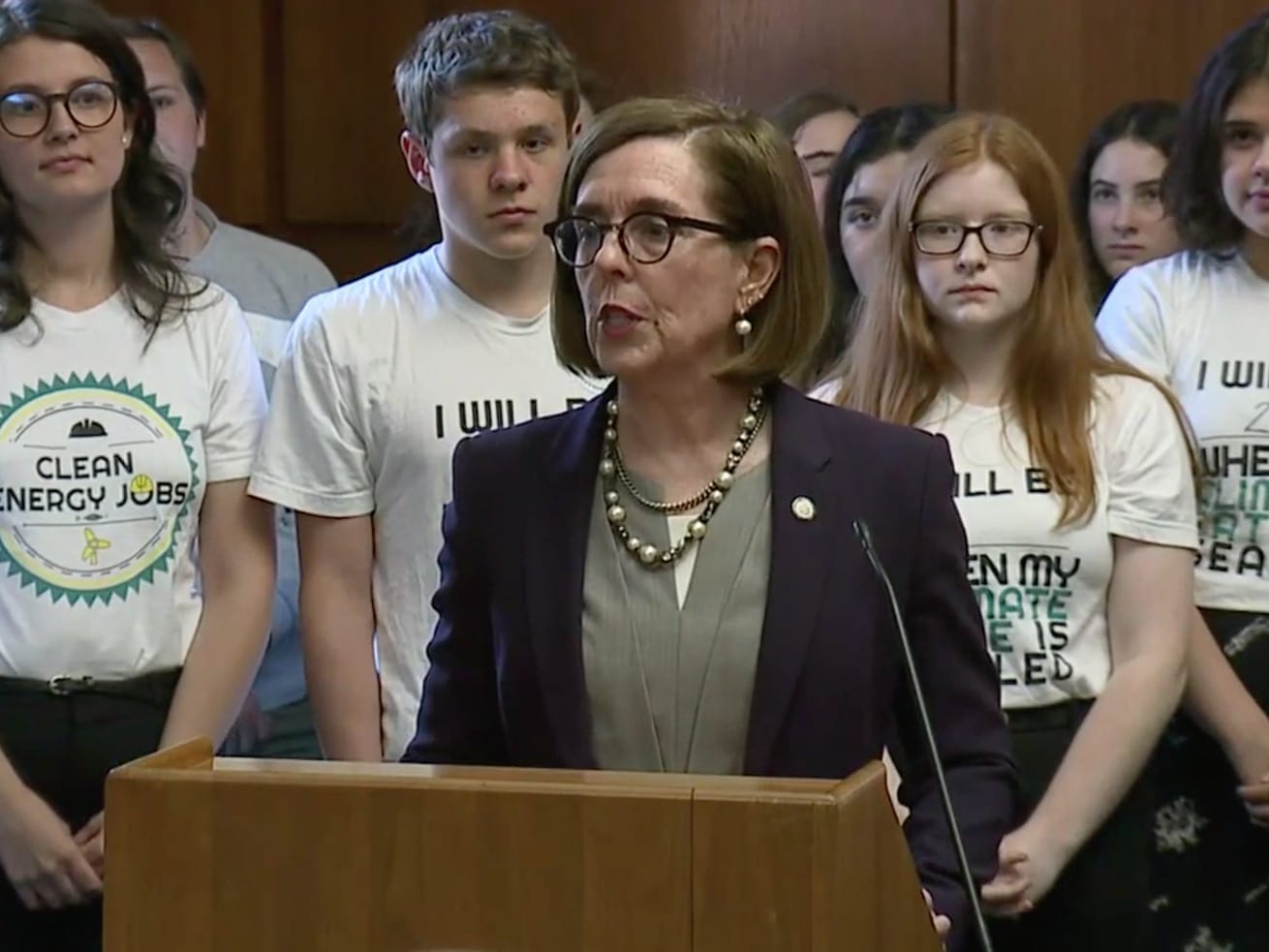 Eleven Oregon Republican lawmakers are on the run from the law, having fled the state Senate in Salem on Thursday to deny quorum for a vote on a major climate change bill. On Friday, state lawmakers announced they were shutting down the state capitol after receiving threats from militia groups who support the Republicans in hiding.

Democratic Gov. Kate Brown authorized state police to find the fleeing Republican lawmakers and bring them back. They are each being fined $500 for every day there aren’t enough senators for a vote. (So far, it’s been three days.) Oregon State Police said they are also coordinating with law enforcement agencies in nearby states to find the Republicans.

Brown lamented the stunt to avoid passing the bill, which would establish a statewide cap-and-trade scheme for carbon dioxide. “It would have been historic for Oregon, historic for the country, and frankly historic for the world,” she said during a press conference Thursday. “Unfortunately, Senate Republicans have failed to show up and failed to do their jobs.”

Sen. Brian Schatz, a Democrat from Hawaii who’s pursuing ambitious climate policy in his state, on Sunday tweeted, “Imagine being so afraid to vote on a climate bill that you physically run away.”

The official position of the Oregon Republican Party is that it supports a violent confrontation between a right wing terrorism group and state police because they are afraid to vote on a climate bill.

Republicans were defiant, however. Oregon Senate Republican leader Herman Baertschiger Jr. said in a statement that Republicans were being “bullied by the majority party.” State Republican party officials mocked concerns about militia threats on Twitter, claiming Democrats were actually afraid of protesters against the climate bill.

Another state senator in hiding, Brian Boquist, went further, threatening the police who are trying to round up the wayward lawmakers on Wednesday. “Send bachelors and come heavily armed,” he said. “I’m not going to be a political prisoner.”

Oregon state senator @BrianBoquistGOP said if R’s walk out to stop a vote on Cap and Trade and @OregonGovBrown sends state police to bring him back, they should be single and well armed. Your take? pic.twitter.com/Fcu8NXXl8h

All this for a climate change bill.

Oregon would be only the second US state to mandate not just greenhouse gas emission reductions in the electricity sector, as so many other states and cities have done, but economy-wide emission reductions. Across every sector — electricity, transportation, and industry — emissions would decline 45 percent below 1990 levels by 2035 and 80 percent by 2050.

The bill would also bring Oregon into a regional carbon trading system, the Western Climate Initiative. Ted Sickinger at The Oregonian/OregonLive has a good, thorough rundown of why Republicans oppose it. But in a nutshell, they’re arguing it will hurt industry and rural residents.

Fleeing the state to thwart the bill is an unusual tactic, but it’s not the first time Oregon lawmakers have walked out on the job. In May, they left the Oregon Senate for four days to extract concessions in a school funding bill.

Democrats currently have supermajorities in both chambers of Oregon’s legislature, but they need Republicans to hold a quorum to conduct business.

The Safest Ways to Dine Out During the Coronavirus Pandemic (If You Must)
Polls: Biden has a double digit lead on Trump nationally
Polling data shows Republicans turned out for Trump in 2016 because of the Supreme Court
New Democratic sheriffs in Georgia and North Carolina have vowed to cut ties with ICE
The Nevada caucus tool is an iPad and a Google Form
House to vote Wednesday on immigration bill as GOP leaders try to find consensus