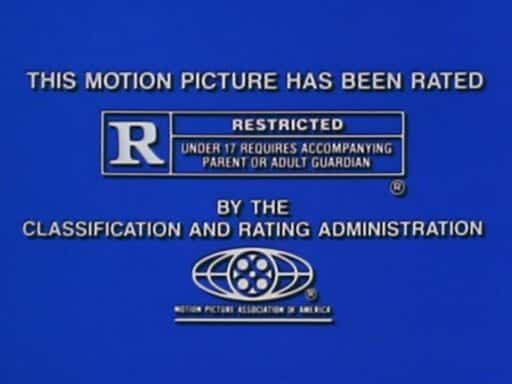 The MPAA has been rating films for half a century. Now it’s touting its record.

The most familiar movie content rating system in America is about to turn 50. And on the eve of its birthday, the Motion Picture Association of America, the organization that administers the system, has released a report about its last half-century.

While the report includes information about the history, creation, and results of the MPAA rating system, the most interesting piece of information for most consumers is likely this: More than half of the movies that have been rated by the MPAA since the system’s creation have received the R rating.

According to the report, 17,202 movies have been rated R since the system was instituted in 1968. Today, many movie theater chains will not admit audience members under age 17 to R-rated movies without an adult, though this is not enforced by any laws.

An additional 5,578 films have been rated PG (or, in earlier incarnations of the system, GP or M); 4,913 have been rated PG-13 (a category introduced in 1984); and 1,574 have been rated G. It’s worth noting that because the PG-13 category was not introduced until 1984, it’s possible that some films which may have received a PG-13 rating today received an R rating in the past. The same is true of PG/GP/M ratings.

The X or NC-17 rating — which has had a complicated history with both exhibitors and newspapers, which sometimes refuse to carry advertisements for those movies — has been applied to only 524 movies in the last 50 years. Many theaters have refused to show movies with that classification.

The MPAA rating system was instituted as a way to avoid government censorship and rating boards. It has come under fire from many groups and individuals since its institution, ranging from religious groups concerned with its criteria to industry members — particularly independent filmmakers — who take issue with the criteria used by its highly secretive board of raters to classify films.

The 2006 documentary This Film Is Not Yet Rated cites some of the most salient critiques, including what some see as an over-emphasis on sexual content (particularly depictions of women’s sexual pleasure) and a de-emphasis on violent content, which seems to often receive a more lenient rating. (Violence without blood often nets a PG-13 rating, while more realistic violence gets an R rating.)

Some filmmakers also feel that the MPAA, which represents the concerns of the major movie studios, is harsher and less helpful to independent filmmakers than to people working within their system.

“It should come as no surprise, in a diverse country like ours, that we have heard voices and views from all sides,” writes MPAA chairman and CEO Charles H. Rivkin in the preface to the report. “We are well aware we have our share of detractors and that ratings are inherently imperfect. Some consider us overly permissive; others insist we are prudes. After rating nearly 30,000 films in 50 years, the overwhelming majority of which are accepted by filmmakers and the public without controversy, I believe we tend to get it right.”

The MPAA has long maintained that its main concern is giving parents tools to assess their children’s entertainment choices. In tandem with the report, it released the results of a survey of 1,559 parents of children between the ages of 7 and 16 that showed that 59 percent strongly agree and 36 percent somewhat agree that the ratings are helpful.

Similar surveys with similar results have been touted by the MPAA for decades. It could be argued, as it is by some critics in This Film Is Not Yet Rated, that this survey inflates the implications of consumer satisfaction in the rating system, since the MPAA’s system is the only rating system for theatrically released films in the country, and thus is more helpful than nothing.

Filmmakers do not necessarily have to submit their films to the MPAA for a rating in order to release their films. However, most theaters will not show films that have not received an MPAA rating, especially major theater chains. And the rating that a movie receives can strongly affect its box office returns; films rated PG and PG-13 take in on average about twice as much as R-rated films.

The MPAA’s hold on the industry, though, may be changing. Netflix, for instance, does not release many of its films in theaters, and thus it and other similar services have no specific need to submit their films to the ratings board. (Netflix does show MPAA ratings for movies that were rated by the MPAA, while showing TV-style ratings for other films and episodic content.)

As streaming becomes a bigger force in the film industry, that may shape the next half-century of the rating system. Whether the MPAA seeks to extend its hold on the industry to direct-to-streaming films may depend on consumer demand — and thus it’s in the MPAA’s best interest to tout its 50 years of results through reports like this one.

Your state’s Covid-19 epidemic, explained in 5 maps
Biden will reverse Trump’s decision to label Yemen’s Houthis as terrorists
Vox Sentences: Robert Mueller and the 12 Russian trolls
Americans are using the #TwitterFoodBank hashtag to help each other buy groceries amid the recession
Ask a Book Critic: Under-the-radar books that won’t have a long hold list at the library
A company you’ve probably never heard of caused half the internet to go dark