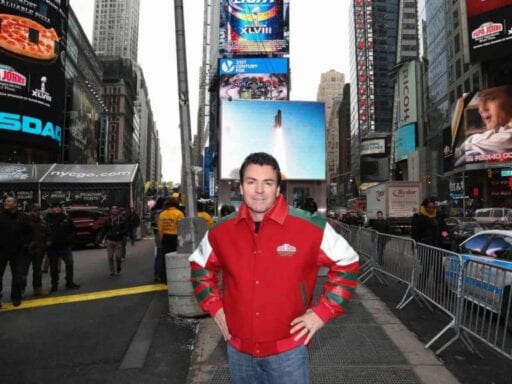 He doesn’t seem very sorry for what he did.

It seemed like a reasonable consequence: After using the n-word during a conference call in part about racial sensitivity, John “Papa John” Schnatter was forced to step down as board chair of the pizza chain. But a new report from Julie Jargon at the Wall Street Journal suggests that Schnatter doesn’t think that he should have left his job last week.

The Wall Street Journal reviewed a letter to the directors in which Schnatter questioned the board’s request for him to resign. “The board asked me to step down as chairman without apparently doing any investigation. I agreed, though today I believe it was a mistake to do so,” he said. “I will not allow either my good name or the good name of the company I founded and love to be unfairly tainted.”

In his letter, Schnatter admitted to using the n-word. As he put it, he was asked if he was racist, and he said “no,” adding, “I then said something on the order of, Colonel Sanders used the word ‘N,’ (I actually used the word), that I would never use that word, and Papa John’s doesn’t use that word.” (As Barry Petchesky at Deadspin pointed out, it’s not clear why Schnatter is convinced that Colonel Sanders, of KFC fame, used the n-word; there’s no good evidence for it.)

The Papa John’s board, for its part, doesn’t seem convinced. They have now barred Schnatter from using office space at the pizza chain’s corporate headquarters, have told him to no longer make media appearances for Papa John’s, and plan to remove him from the company’s products.

This isn’t the first racial controversy for Schnatter; he had already resigned as Papa John’s CEO, but not chair, last year after blaming falling sales on the NFL’s inability to stop national anthem protests over systemic racism and police brutality. (Papa John’s was, but no longer is, the NFL’s official pizza.)

But Schnatter doesn’t seem very sorry for all of this, arguing that his resignation as board chair was “a mistake” and that his “good name” may be “unfairly tainted.” This offers a good opportunity, then, to explain why Schnatter’s use of the n-word was so bad.

Why white people shouldn’t use the n-word

The best explanation on this topic comes from Ta-Nehisi Coates, a writer at the Atlantic and author, most recently, of We Were Eight Years in Power. During an event last year, Coates was asked why white people shouldn’t use the n-word.

Coates first pointed out that it is normal in our culture for some people or groups to use certain words that others can’t. For example, his wife calls him “honey”; it would not be acceptable, he said, for strange women to do the same. Similarly, his dad was known by his family back home as Billy — but it would be awkward for Coates to try to use that nickname for his father.

The same concept applies to different groups and their words. “My wife, with her girl friend, will use the word ‘bitch,’” Coates said. “I do not join in. You know what I’m saying? I don’t do that. I don’t do that. And perhaps more importantly, I don’t have a desire to do it.”

Coates added, “The question one must ask is why so many white people have difficulty extending things that are basic laws of how human beings interact to black people.”

He gave a potential answer: “When you’re white in this country, you’re taught that everything belongs to you. You think you have a right to everything. … You’re conditioned this way. It’s not because your hair is a texture or your skin is light. It’s the fact that the laws and the culture tell you this. You have a right to go where you want to go, do what you want to do, be however — and people just got to accommodate themselves to you.”

“So here comes this word that you feel like you invented,” Coates said. “And now somebody will tell you how to use the word that you invented. ‘Why can’t I use it? Everyone else gets to use it. You know what? That’s racism that I don’t get to use it. You know, that’s racist against me. You know, I have to inconvenience myself and hear this song and I can’t sing along. How come I can’t sing along?’”

Coates concluded that white people should use this sense as a lesson: “The experience of being a hip-hop fan and not being able to use the word ‘ni**er’ is actually very, very insightful. It will give you just a little peek into the world of what it means to be black. Because to be black is to walk through the world and watch people doing things that you cannot do, that you can’t join in and do. So I think there’s actually a lot to be learned from refraining.”

How gyms convince new members to stay past January
Disney+ will stream The Simpsons in its original 4:3 aspect ratio in early 2020
Paul Krugman on climate, robots, single-payer, and so much more
The Connecticut governor’s race, a rare 2018 opening for Republicans, explained
Climate change got just 15 minutes out of 4 hours of Democratic debates
How ID laws can put trans people in danger