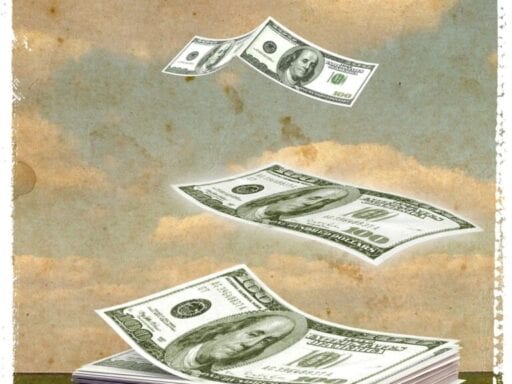 The Nobel-prize winning economist doesn’t think Democrats should pay for all their programs. Here’s why.

It’s cliché to call podcasts wide-ranging, but my conversation this week on The Ezra Klein Show with Nobel-prize winning economist and New York Times columnist Paul Krugman, really is.

We discuss how economists mucked up the climate debate, why Andrew Yang is wrong on automation, what it would take to revitalize the economies of middle and rural America, the policy and politics of Medicare-for-all, what a Democratic president should pass first, and much more.

One topic we discussed at length was whether and when Democrats should fully finance their proposals, and when it makes sense to deficit spend. Krugman outlines a three-part test that, if adopted, would radically transform the policy debate:

Republican spending on Medicare Part D or the Iraq War or Trump’s $1.5 trillion tax cuts are of a comparable size to something like significant investments in clean energy. And they didn’t destroy the economy. So, how worried should Democrats be about paying for their plans?

I’ve been proposing a three-way division of progressive proposals. First is stuff that is investment — a lot of the Green New Deal stuff is investment. On that stuff, don’t worry about paying for it. Debt as an issue is vastly overstated, and a lot of these things pay for themselves. Go ahead and just deficit finance it.

There’s a second range of stuff — like universal pre-K or some expansion in health benefits short of Medicare-for-all — which probably should be paid for. But, because they’re fairly modest they can be paid for with fairly narrow taxes on the wealthy.

Then, there’s the really big stuff like conversion to a government-provided health care system, which is too big to deal with in those ways.

For a long period of time, elites thought that debt was the greatest threat to the US economy. Now, I think we’ve largely come around to the correct view, which is that debt is just not a serious problem for the United States currently.

There’s a lot more from where that came from. This is a conversation you don’t want to miss.

The West is on fire ... again
Russian hacker indictments reopen old wounds between Clinton and Sanders supporters
These uses of CO2 could cut emissions — and make trillions of dollars
Typhoon Molave battered the Philippines. Vietnam is next.
An art historian explains the tough decisions in rebuilding Notre Dame
Ad Astra is about lonely Brad Pitt in space. It’s also about an absent God.