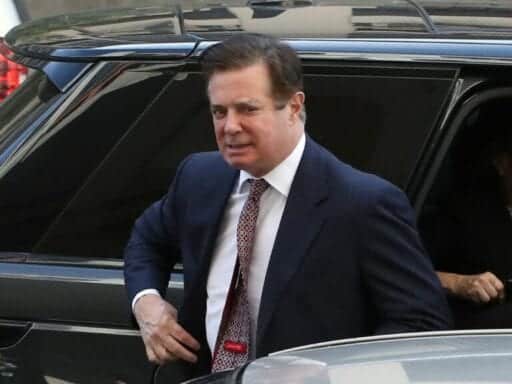 Right up until the trial was set to begin, there was rampant speculation over whether Paul Manafort would strike a last-minute plea deal with special counsel Robert Mueller. But as the trial began Tuesday, Manafort attorney Kevin Downing told CBS News there was “no chance” of a deal.

For months, Trump’s former campaign manager resisted the pressure to flip and cooperate with prosecutors in the Russia investigation. He faces 18 counts, which include crimes such as bank fraud and false income tax returns. Many of these are “paper crimes,” which means prosecutors only need to prove Manafort filed illegal paperwork and don’t need to prove motive. Many believe the case against him is strong.

The trial beginning in Virginia today is the first of two that Manafort will face; the second trial in September in Washington, DC, will cover multiple counts of money laundering, conspiracy, and false statement charges, among others.

None of these charges have anything to do with Russian interference in the 2016 election or whether the Trump campaign colluded with the Kremlin. But as Andrew Prokop explained for Vox, Manafort’s trials are very much about pressuring him to cooperate with the Mueller investigation. So far, that strategy has proven unsuccessful.

What does Paul Manafort’s lack of cooperation mean?

Manafort held out, and jury selection began for his trial on Tuesday. His associate Rick Gates made a plea deal with prosecutors in February and will testify against him during the trial. Prosecutors sent Manafort to jail after he was found to be engaged in witness tampering.

Manafort’s apparent resistance to cooperating with prosecutors generated plenty of speculation about whether he was waiting for a Trump pardon or, as Trump’s attorney Rudy Giuliani claimed, Manafort just didn’t have any “incriminating information” on the president (or at least dirt that prosecutors didn’t already have).

Manafort faces the possibility of spending the rest of his life in prison — the most serious of the charges he faces carry a 30-year sentence — unless, of course, President Trump issues him a pardon.

Manafort attended the infamous Trump Tower meeting in June 2016 where Russians offered the campaign incriminating evidence about then-candidate Hillary Clinton. The Trump Tower meeting has long been a key element of Mueller’s investigation into Trump-Russia collusion. How much Donald Trump knew, and when, is the question looming over the meeting attended by his son Don Jr., his son-in-law Jared Kushner, and Manafort, his then-campaign chair. It’s also a question that’s intensified in recent days, as former Trump attorney Michael Cohen has, according to sources, claimed that Trump had advance knowledge of the meeting, despite the president’s previous denials.

Either way, the lack of compliance seems to indicate that Mueller hasn’t yet cracked Manafort — and may have to take another route to get to the bottom of his investigation.

Vox Sentences: Strzok out
Robert Redford bids farewell to the silver screen in the pitch-perfect The Old Man & the Gun
Theresa May offers a “new” Brexit plan, but nobody’s buying it
Netflix’s Maniac, with Jonah Hill and Emma Stone, is either too weird or not weird enough
Hong Kong arrests over 50 democracy activists in an unprecedented crackdown
The RNC and the subtle rot of Trump’s reality TV presidency