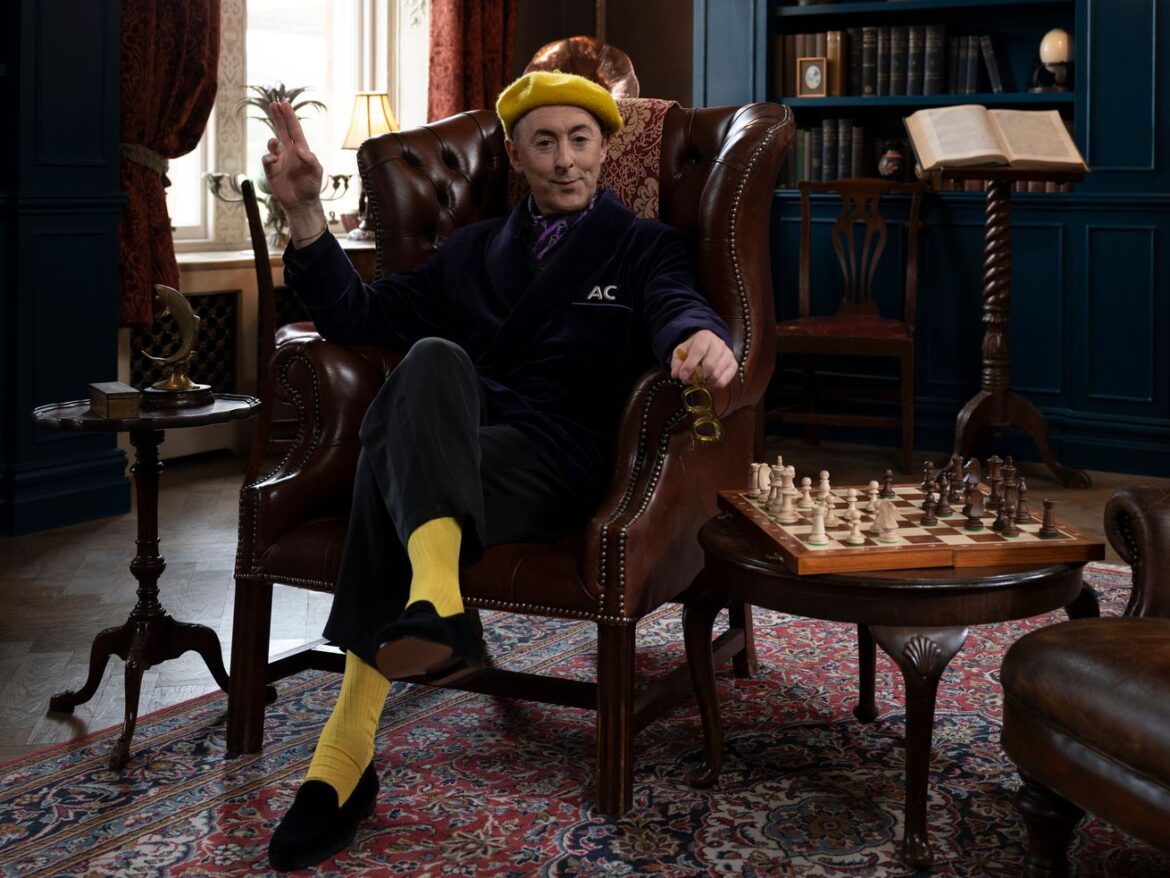 Traitors feels like a game anyone could win, except for the people Peacock cast.

This post contains mild spoilers for the The Traitors, which is streaming on Peacock.

On American television, the vast majority of competitive reality shows have revolved around a simple rule: there can only be one winner. One Survivor, one American Idol, one soulmate for the Bachelor or Bachelorette, one Top Chef, one Drag Queen, and so on and so forth. Peacock’s The Traitors, a 10-episode (all episodes were released at once) simulated murder mystery, is a thrilling experiment with a tweaked premise: Can 20 people on a reality show work together and win as a team?

Maybe, if not for two problems: one, the small cadre of titular traitors who can steal the whole pot if they make it to the end, and two, the players themselves. Peacock didn’t bring in, say, a group of union organizers or other collaborative workers to cast the show; they found a mix of mystery-loving normies and reality show vets, with stars from Survivor, The Bachelor, Big Brother, and — uh oh — the Bravo universe competing for the prize.

But thankfully, Traitors isn’t concerned so much about its players’ success as it is with finding the entertainment of watching everyone fail gloriously.

Traitors combines the acute pain of a corporate team-building exercise with some of the most emotionally fragile reality show celebrities that have ever been on television. Think of the worst group project you’ve been a part of, then imagine inflicting that experience on the most terrible people you know, while you sit by and sadistically watch it all go down. That’s The Traitors and it’s perfect.

Traitors makes you feel like the smartest person in the room

The Traitors isn’t an original concept. Anyone who’s played “Werewolf” or “Mafia” will recognize it, and to aficionados, it belongs to a broader category of games known as turn-based social deduction games.

Basically, the majority group of players — in these games they’re known as “villagers” — has to identify a smaller group of players who have hidden roles, known as “werewolves” or “mafiosos” depending on the game, that allow them to quietly “murder” members of the larger group turn by turn. Villagers win if they can identify all of the werewolves or mafiosos, and the werewolves or mafiosos win if they can eliminate the villagers before they’re found out. Other variations of this turn-based competition include Secret Hitler and the pandemic hit Among Us.

Traitors sticks close to the standard.

In this iteration, “faithfuls” are trying to identify and vote out “traitors” before the end of the competition. Each night, after the vote, the traitors are allowed to eliminate one faithful until the end of the competition. If the faithfuls get to the end and no traitors remain, they win the big cash prize (up to $250,000) to split among their remaining number. But if a traitor or traitors remain, they will take the prize themselves.

When you play these types of games with friends, it’s basically an exercise in spotting how well your pals lie. (Mine happen to be horrific liars, which makes the deduction aspect of these games extremely easy; it also taught me that if the spirit ever moves me to commit a grand heist, I should really find new friends.)

But instead of participating in first-person guessing games, Traitors invites its audience to become semi-omniscient third-person observers. The audience knows who the faithful are and who the traitors are. We’re suddenly the smartest people in the room.

And instead of a whodunit, the show is a who’s-messing-this-whole-thing-up.

What makes Traitors so good is that the casting department figured out that depending on the players, you could make this game extremely chaotic and difficult. With the right combination of people, this could easily turn into something as dire as the Stanford Prison Experiment.

Playing among perfect strangers who don’t know each other’s tells and idiosyncrasies makes lying more difficult to spot. And worse, highly reactive, highly sensitive narcissists can’t play this game without taking it personally. (The traitors were selected by a tap on the shoulder from Cumming in the first episode; their status is not a character indictment.) Since the casting department scouted reality shows like Survivor, Big Brother, The Bachelor, and Bravo’s Real Housewives of Beverly Hills, Summer House, and Below Deck for cast members, emotions run high and assumptions run wild. The casting department paired them with terminally confident normies who have jobs like emergency room nurse, political analyst, and public relations expert — professions that would seem to be tailored for a mystery game.

The final result is a group of people as high on their own abilities as they are bad at deduction.

Reilly begins to conflate the idea of “faithful” and “traitor” as a moral distinction. Faithfuls are good people, traitors are bad people, and in Reilly’s mind, present themselves as such. Since Reilly is designated as a faithful, she determines that behavior she personally dislikes is the distinct sign of a traitor. She butts heads over and over with Kate Chastain, a beloved alum of Bravo’s Below Deck. Reilly believes Chastain is a traitor because Chastain hates her, and makes fun of her outfits.

Reilly can’t seem to comprehend that a traitor could be smart enough to pretend to like her.

Their tension becomes unbearable (and illogical) and Chastain, who is actually a faithful, tells the camera that she thinks Peacock has pulled a bait and switch. Perhaps she isn’t part of a $250,000 game show but rather is trapped in her own personal hell. This angry cycle repeats itself over and over the course of the season, to the point where Chastain asks people to vote her off — an act, to Chastain’s chagrin, that her fellow faithfuls can’t even execute.

Traitors allows its faithfuls to be confidently loud and wrong, affirming my own feeling that if I were ever cast on this show, I would be much better at this game than the people I’m watching. I found myself groaning at their bad decisions, yelling fruitlessly at my television screen at how dim they’re all being.

Stephenie LaGrossa, a Survivor alum, doesn’t seem to remember that Cirie Fields, a fellow Survivor, spent multiple seasons on their show masterminding and blindsiding people left and right. Quentin, a political analyst, fails all his personal analyses to the point where you worry that this show might be bad for his career prospects. All the more baffling, polarizing entities like Summer House’s Kyle Cooke and Real Housewives’s Brandi Glanville come off as the show’s most winsome protagonists — mainly because they begin to realize that the people they’re working with are never going to figure it out.

Why did Peacock release Traitors all at once?

While Traitors itself is top-tier reality television, Peacock made the least strategic decision of all, by releasing all 10 episodes at once. As someone who loves a binge, being able to knock out all the episodes and quash the suspense was a fun experience! I didn’t have to wait week after week for cliffhangers to resolve themselves.

But this is a show perfectly designed for everyone to talk about, week after week. The British version of the show aired three times a week during prime time, and was a huge hit.

Yes, a lot of it is complaining about how imbecilic the faithfuls are. But also there’s a lot of strategy and cunning involved, as well as some moments of reality television gold. Sharing those thoughts becomes harder when potential viewers aren’t on the same page, and you’re afraid of spoiling a result.

If Peacock had released the show on a weekly basis, perhaps three or so episodes a week, it could’ve built up the suspense and hype in the coming month. It’d be easier to talk about the episodes, favorite moments, and hash out who we’re all rooting for while keeping spoilers to a minimum.

Traitors is entertaining enough for appointment viewing. If we’re lucky enough to get a second season of this wickedly fun show, hopefully that’s something Peacock keeps in mind.