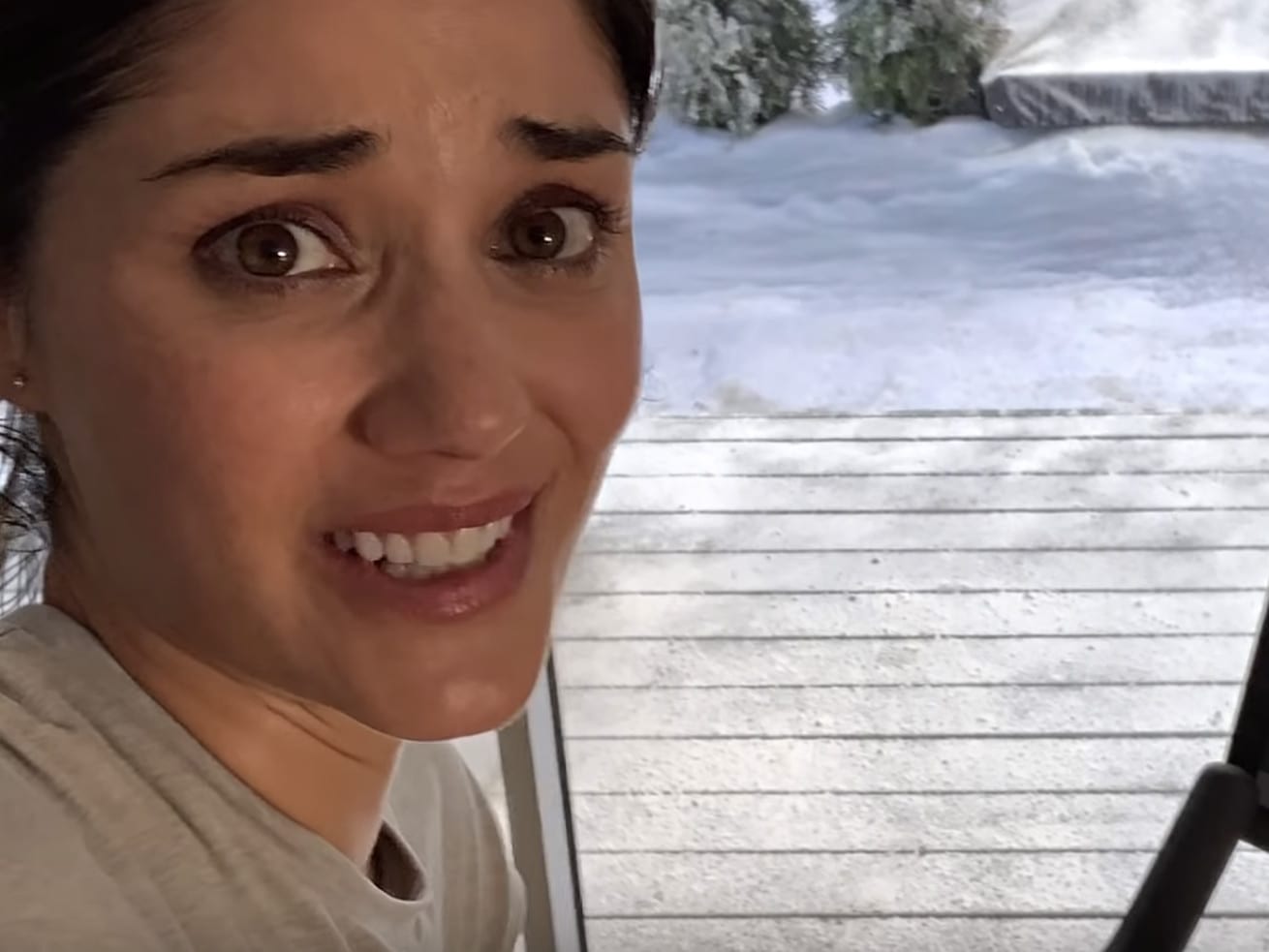 A darkly hilarious new commercial makes a Peloton bike seem less like a Christmas present and more like a nightmare.

To this day, there has never been a filmed sequel to the 1993 masterpiece that is Disney’s The Nightmare Before Christmas. But now, modern society has been gifted a certain kind of nightmare before Christmas of its own: a commercial for the luxury stationary bike company Peloton that has the internet equal parts horrified and in horrific fits of laughter.

“Give them a gift that goes beyond the holiday season. Give the gift of Peloton.”

The commercial features an unnamed woman, who is given the gift of a Peloton by an unnamed man, most likely her partner. Stunned by his generosity, each day she films herself riding the Peloton in her home with quippy narration.

“Okay, first ride,” she says to her smartphone. “A little nervous, but let’s do this.”

Who is she talking to? The man? Was this a quid pro quo situation? Does she have other people tuning in every day to watch her do virtual spin classes? What do these viewers think?

These questions are never fully answered, but they seem to be the kind of videos one takes for their Instagram stories or for their friends on social media. It is unclear if this woman has friends beyond her partner, her child, and her Peloton.

The instructor “just said my name,” the woman tells the screen.

And then the true horror occurs.

It’s revealed that these seconds-long vignettes are actually spliced together into one “thank you” video to the woman’s partner. And then, we find out they are watching the entire video — seemingly encompassing a year’s worth of her daily, self-narrated spin classes — together at Christmastime, one year later.

“I didn’t realize how much this would change me,” she says in the video, while the present-day couple smile at the “changes” the Peloton has brought them. The Peloton looms in their open-plan dining area.

The response to the video might not be what Peloton was hoping for, considering many people are pointing out that the way the Peloton is presented here feels more like a threat than a gift.

Nothing says “maybe you should lose a few pounds” like gifting your already rail thin life partner a Peloton pic.twitter.com/E2M9gFdD5A

the lady in the peloton ad is already toned and fit in the “before” part, making it very hard to believe she would be nervous about a basic spin class. (tho that’s probably the least weird thing about the ad)

What kind of sucker buys his wife a Peloton anyway? Buy her some cast iron pots and pans. They’re super heavy so she can stay in shape WHILE she makes dinner.

I *knew* I’d seen that #peloton face before! pic.twitter.com/LCtn81FyOR

The problem seems to be centered on the idea that the man, like a villain from a Bavarian fairytale, has thrust the Peloton upon his already in-shape partner — that he believes she needs to get fitter (though she’s already plenty fit). Like in those scary fairy tales, she doesn’t spin for herself, she spins for him. Every day she spins. And then, in her epiphany, she realizes how much she’s changed and truly has found love.

A slight tweak to have the guy say something like, “Hey, I got you the Peloton you wanted and you asked for,” or even, “I got you this and you can use it or not or sell it for $2,245 [the price of the Peloton bike], but I’m clearly not holding you hostage via exercise,” might have mitigated that seemingly nefarious message of a man wanting a woman to change for him by plopping an exercise bike in front of her.

But even if the commercial resembles a dystopian nightmare and may not be what Peloton intended, it is getting a lot of attention. That’s the basic goal of any commercial, right?

And this isn’t to say that receiving a Peloton bike would be a bad present — so many people are buying and using Pelotons that it’s outgrowing boutique spin fitness classes like SoulCycle and FlyWheel. Like those companies, Peloton has built itself a community, and an ad focusing on “change” and commitment hits on those aspects.

It’s just that, under these circumstances, this doesn’t seem like the gift that keeps on giving.

Democrat Tina Smith defeats Jason Lewis to retain Minnesota US Senate seat
Virginia Gov. Ralph Northam refuses to resign: “I am not the person in that photo”
Immigration is no longer a winning issue for Trump
What happens to Black Friday crowds in a pandemic?
Mike Pence says he won’t try to throw out electoral votes for Joe Biden
Will coronavirus cause a global recession? We still don’t know.