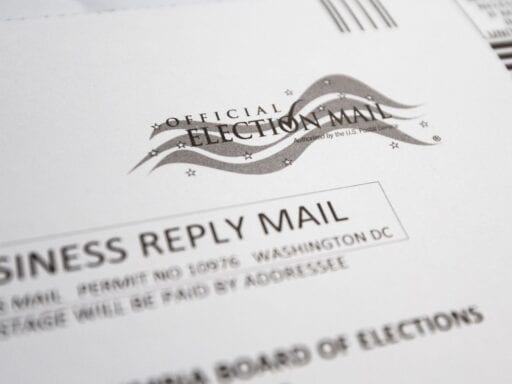 Here’s how to get your vote to count.

If you’re voting by mail in Pennsylvania this year, and you want your vote to actually count, you need to remember one crucial thing: the secrecy envelope.

Once you fill out the ballot itself, you must place it inside the provided secrecy envelope, which contains no information about your identity. Then you put the sealed secrecy envelope inside a different postage-paid addressed return envelope, on which you have to sign your name and write your address.

If you forget the secrecy envelope — simply dropping your ballot in the ordinary return envelope — your ballot will be deemed a “naked ballot.” And, according to a recent Pennsylvania Supreme Court ruling, election officials will have to throw it out.

The reason for the secrecy envelope, in theory, is to preserve the secret ballot and to prevent potential fraud. That is: once election officials receive the mail-in ballot, they use the outer envelope to verify that the person voting is registered and hasn’t already voted, without being able to see who the vote is for. Only later will the secrecy envelope actually be opened and counted.

But the risk is that if the rule is implemented very strictly, many voters’ non-fraudulent ballots will be thrown out on what’s essentially a technicality, simply because they misunderstood the rules.

So in the wake of the state Supreme Court ruling on the topic last week, Democrats are calling on the Republican-controlled state legislature to change the law to allow naked ballots to be counted. Yet GOP legislators do not seem eager to take any such step. (Both sides suspect discarding naked ballots will disadvantage Democrats more than Republicans, since more Biden supporters have told pollsters they are interested in voting by mail.)

And this could potentially be very consequential. A Philadelphia official recently raised concerns that as many as 100,000 “naked ballots” could be thrown out — and pointed out that Donald Trump won Pennsylvania in 2016 by just 44,000 votes.

This time around, polls and models show Pennsylvania has a relatively high chance of being the “tipping point” state likely to put Trump or Biden over 270 electoral votes. And Dave Wasserman, an elections expert for the Cook Political Report, asserted that we “know” that Pennsylvania’s “rejected ballots will be *heavily* pro-Biden.”

Current polls suggest Biden’s lead is probably big enough in enough states that he can overcome this problem — but if polls are underestimating Trump’s support or if the race tightens, the fate of naked ballots very well could decide the presidency.

How to properly send back your mail ballot in Pennsylvania

As you can see in the image below, when a voter receives a mail-in ballot in Pennsylvania, they’ll receive the ballot itself, and two envelopes.

Then the sealed secrecy envelope must be placed in the addressed, postage-paid envelope seen at the bottom of this image. On the back of this envelope, the voter must write their address, print and sign their name, and date their signature, before sealing it and dropping it in the mail.

How Pennsylvania got here

Last year, well before the Covid-19 pandemic, Pennsylvania Republicans and Democrats came to an agreement on a bipartisan election reform bill that Gov. Tom Wolf (D) called “the biggest change to our elections in generations.”

The centerpiece of this new law was a major expansion of mail-in voting. Previously, Pennsylvania only allowed absentee voting by mail for people who could provide some reason for why they couldn’t appear to vote in-person. With the new law, no-excuse vote-by-mail was permitted.

The new law stated that mail-in voters “shall, in secret … enclose and securely seal” their ballot in the secrecy envelope, “which shall be placed in the second” addressed and signed envelope for mailing.

The call for some sort of “secrecy sleeve” isn’t unique — 15 other states also require it for absentee or mail voters, according to the National Conference of State Legislatures, including blue states like New Jersey, New York, and Washington. And it wasn’t particularly controversial when Gov. Wolf signed it into law.

Since then, the pandemic has thrown the safety of in-person voting into question, meaning there were far more requests for mail voting than had been expected (the state anticipated 80,000 to 100,000 requests during the primary, but there were more than 1.8 million). Also, President Trump launched a barrage of criticism against mail voting, saying he doesn’t trust it and calling it “dangerous for this country.”

This has led to a historically unusual amount of partisan polarization around mail voting, as CNN’s Harry Enten has written — Democrats are now far more likely to say they intend to vote by mail, and Republicans now saying they’re less likely, a new phenomenon.

The naked ballot issue was quickly consumed by legal wrangling

Pennsylvania’s first attempt with the new system was for the state’s primary on June 2. And with an unprecedented number of mail-in ballots pouring in, local elections boards had to decide what to do with the many naked ballots lacking secrecy envelopes.

Now, the 2019 state law says that if the secrecy envelope contains any “text, mark, or symbol” revealing the voter’s identity, the ballot should be “set aside and declared void.” However, it does not explicitly say that mail-in ballots lacking a secrecy envelope should be thrown out. There was some vagueness there.

Different election boards handled the situation differently. The Philadelphia Board of Elections decided it would count naked ballots (as it had done in previous years when the issue arise with absentee ballots), and other counties decided they wouldn’t. This was a primary, so the partisan stakes for the outcome weren’t that high. But both parties were watching closely, in preparation for the general election.

In late June, the legal wrangling started. Trump’s campaign and the Republican National Committee filed a suit in federal court challenging several policies and practices used in Pennsylvania’s primary — among them, the counting of ballots lacking secrecy envelopes. Trump’s federal suit was then put on hold after the Pennsylvania Democratic Party filed their own lawsuit in state court.

The Pennsylvania Supreme Court has a Democratic majority, so Democrats likely expected favorable rulings there. For the most part, they got them, when the justices ruled last week that mail-in ballots can be returned in drop boxes, and that ballots postmarked by Election Day and received up to three days later will count.

On the naked ballot issue, though, Republicans triumphed. In an opinion written by Democratic justice Max Baer, the court decreed that ballots that aren’t enclosed in secrecy envelopes will not count. “Whatever the wisdom of the requirement, the command that the mail-in elector utilize the secrecy envelope and leave it unblemished by identifying information is neither ambiguous nor unreasonable,” Baer wrote.

The problem, according to critics, is that in practice, many well-meaning voters will mess this up. So the main impact of this policy might not be to prevent fraud at all — it might be to throw out tens of thousands of legitimately cast votes.

Philadelphia City Commissioner Lisa Deeley (D) sounded the alarm in a letter to state legislative leaders on Monday. “It is the naked ballot ruling that is going to cause electoral chaos,” Deeley wrote. She argues that tens of thousands of ballots are going to “not be counted, all because of a minor technicality.”

Estimating how many Pennsylvania ballots will be sent in naked is challenging — the state has never had no-excuse vote-by-mail for a general election before, the pandemic is an added unprecedented situation, and many counties (including Philadelphia) didn’t keep track of how many naked ballots there were in the primary.

However, Jonathan Lai of the Philadelphia Inquirer, who’s been doing excellent coverage of this issue, reports that two counties in the state — Mercer and Lawrence — did keep track, and both found that about 5 percent of total submitted mail ballots lacked a secrecy envelope.

Deeley’s letter makes the eyebrow-raising claim that over 100,000 ballots could be thrown out statewide. This is based on taking the percent of naked ballots Philadelphia received for absentee votes (before the vote-by-mail reforms) in the city’s 2019 election — 6.4 percent — and extrapolating it statewide. She also points out that there “will be many thousands more voting through the mail for the very first time” in the general election.

Deeley and other Democrats have called on state legislative leaders to change the law to let those ballots count. But Republicans control the state legislature, and so far, they seem unmoved. So Democrats’ best hope at this point is an education campaign — to remind mail-in voters that, as the narrator in a new Democratic digital ad says, “You must place the ballot in the secrecy envelope first for your vote to count.”