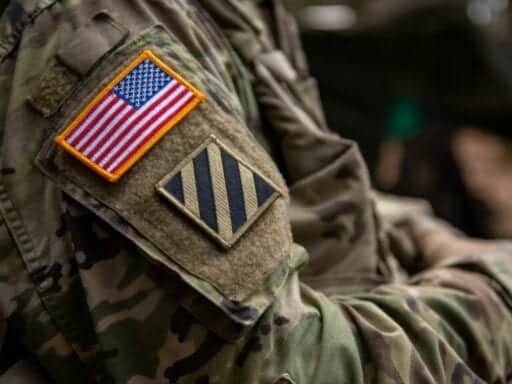 The troubling statistics also show that the majority — about 70 percent — still do not officially report such incidents.

The US military is reporting a disturbing spike in the number of active-duty service members who said they’d experienced sexual assault last year, raising questions once again about the military’s handling of misconduct.

The Pentagon estimates that about 20,500 service members across the military branches — about 13,000 women and 7,500 men — were sexually assaulted in the 2018 fiscal year, based on data from an anonymous survey that’s compiled by the Department of Defense every two years.

That’s a four-year high — and an alarming jump from 2016, in which 14,900 service members said they had been sexually assaulted.

The increase mostly came from female active duty members. The report found that women ages 17 to 24 were the most likely to say they’d been assaulted. (The number of sexual assaults reported by men rose just slightly.)

These numbers also reveal a huge gap between those who say they were assaulted across the military and those who actually report it.

According to the Pentagon data, the military received a total of 7,623 reports of sexual assault in 2018, though not all of the victims were service members, and some reports reflected incidents that happened prior to military service. That comes out to about one in three victims reporting an assault, a slight uptick in reporting (about 13 percent) from 2017 — but still just a fraction of the number of actual cases reflected in the survey data.

This is progress — just 7 percent of sexual assaults were reported in 2006 — but it’s still an alarming divide that adds to concerns about the military’s ability to handle and adjudicate sexual assault complaints.

The DOD admits it needs to do better. But it’s still not doing enough.

Patrick Shanahan, the acting defense secretary, called the findings of this latest report “unacceptable” in a memo to top officials. “To put it bluntly, we are not performing to the standards and expectations we have for ourselves or for each other.”

Pentagon officials have promised to take even more aggressive action against sexual assault in the military, but some critics question whether the military is equipped to police and reform itself when it comes to sexual assault.

In March, Shanahan established the Sexual Assault Accountability and Investigation Task Force to review how the military handles sexual assault cases and make recommendations on how better to combat, prosecute, and provide support to victims, according to a memo Shanahan signed in March.

The task force recommendations were released ahead of the report this week, and include some concrete reforms such as implementing measures to protect and support victims’ rights, and revising the Uniform Military Code of Justice — basically, the US military’s laws — to include a specific crime of sexual harassment. (The full list of recommendations is here.)

Sen. Martha McSally (R-AZ) helped prompt the creation of the task force. She revealed at a congressional hearing in March that a superior had raped her during her service in the US Air Force. McSally said she did not report the assault right away, and when she did come forward, she said she “felt like the system was raping me all over again.”

“Sexual assault whether in the military or in communities across our country is abhorrent and intolerable,” McSally said Thursday on Twitter, in response to the Pentagon’s report. “The numbers released today confirm that that the time is now to impart lasting change within the military and that it is more urgent than ever.”

The military needs to improve its handling of sexual assault. But how it should do so it contentious.

Right now, commanders have discretion whether or not to move forward with prosecutions for sexual assault, which some advocates say deters individuals from reporting sexual misconduct over fears of retaliation or bias.

As Mark. E. Johnson put it in a 2018 Task and Purpose op-ed: “The overwhelming majority [of military leaders] do support prosecution. Just not against one of theirs. Members of a military unit share the dangers. They guard each other’s flanks. They become close.”

Instead, some advocates believe the Pentagon should divorce sexual assault cases from the military hierarchy, and instead direct them through an independent prosecutorial process. Those military prosecutors would also be far better trained to investigate and assess sexual abuse complaints, advocates argue.

2020 Democratic presidential hopeful Sen. Kirsten Gillibrand (D-NY) has introduced legislation to do just that. But so far she’s failed to win support in Congress. As Vox’s Li Zhou and Emily Stewart reported, “Measures Gillibrand has pushed to address the issue have thus far been stymied and opposed by leaders in the military, who argue that such changes would up-end the way the body operates.”

Gillibrand also called the findings of the Pentagon’s latest report unacceptable. “I’m tired of excuses from the Pentagon,” she wrote on Twitter. “They are failing our service members and have proven they can’t fix this.”

“My bill would,” she added.

While McSally’s testimony helped spur the latest action from the Pentagon, the Arizona senator has said commanders should “stay at the center of the solution” and that “we cannot command change from the outside alone.” That dampened some hope advocates had after her emotional testimony, as a potential key ally had seemed to reject that independent model.

The Pentagon task force recommended a number of reforms specifically for commanders, including formalized training and measures like reporting requirements to make them more accountable to victims. But it still keeps them central to the processing of sexual assault cases.

Shanahan, who serves as the acting Pentagon chief but hasn’t been nominated to the role permanently, has said he’s “resolved that we will do all we can as a Department to address sexual assault in our military.” Whether these reforms will do enough to reverse the troubling trends outlined in the Pentagon’s report seems doubtful — but the military has to start somewhere.

From BTS fandom to video games: How 4 new friendships formed during lockdown
Sen. Claire McCaskill suffers cracked rib from Heimlich maneuver
What’s next for #MeToo? This college might have the answer.
Sharp Objects shows that men can’t comprehend a dangerous woman in “Fix”
This goofy bird vs. the fossil fuel industry
President Trump’s dangerous suggestion that the coronavirus be treated with bleach injections, expla...