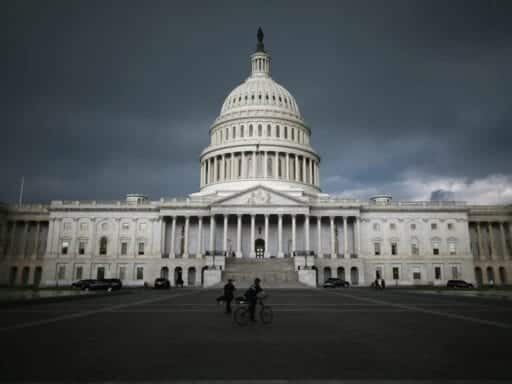 The culture around “political correctness” is bad.

Ysacha Mounk writes up this finding at the Atlantic under the headline ”Americans Strongly Dislike PC Culture.”

To me, the real story here is that this poll illustrates exactly what I find problematic about the genre of center-left anti-PC thought exemplified by Jonathan Chait’s 2015 essay on the subject. Unlike “socialism” or “the intellectual dark web” or “the alt-right,” political correctness is not a term that anybody uses in a positive way.

Consequently, Chait can be a vehement critic of political correctness even while he writes about ”undocumented immigrants,” a phrasing that many other people regard as objectionably PC. A Federalist article yesterday characterized opposition to ”stop and frisk” policies as political correctness. That’s not what Chait means, and I think it’s not what Mounk means, but the point is that it’s not clear what anyone means.

Rather than political correctness being a coherent thing that people then have opinons on, it’s a term of derogation that’s applied to a wide range of phenomena whose merits are contested. What’s clear is that in a big country of 310 million people, all of us find some identity-related left-wing claims and practices annoying. (For me it’s deploying “Latinx” as a gender-neutral alternative to “Latino.”) And most people simply refer to whichever claims they’re annoyed by as “political correctness.”

There are no racists in America

A comparable situation applies with regard to racism. If you polled Americans and asked them if racism is bad, everybody would agree that, yes, racism is bad. At which point an extremely naïve person might become confused as to why there is so much racism in America.

The answer is, obviously, that racism is bad by definition, so the things that people say, think, and do are by definition not racism. Cab drivers who don’t stop for black passengers would tell you they are not being racist (meaning they don’t have any animosity for African-American people as individuals) — they are just playing the odds. They would probably point out to you that some of the cabbies engaged in statistical discrimination against black people are themselves black.

An appropriately woke person would reply that we are talking about a social practice that systematically disenfranchises black people. Participants in that practice are acting to uphold a white supremacist order. In doing so, they are being racist.

Just as one person might say it’s “racist” to become politically active to prevent your kid’s school from getting an influx of low-income black and minority students, but the people actually doing that will insist there’s nothing racist about it.

In other words, we can disagree massively about race and race-related behaviors and policies in America without anyone disagreeing at all that racism is bad.

Indeed, precisely because everyone agrees that racism is bad, people who think that a specific practice is bad will try to get it labeled as “racist.”

I think reliance on this move is a mistake for progressives. You get into this back and forth like we had earlier this year when Sen. Elizabeth Warren (D-MA) called the criminal justice system “racist,” got a bunch of cops yelling at her, and then ended up back-pedaling to explain that she wasn’t saying each and every person who works in criminal justice is biased against black people but rather than the system as a whole operates in a way that is disadvantageous to minorities.

Since that’s generally what people on the left mean, they might consider trying to just say that. Not, “you are a bad person who is being accused of this bad thing and should get defensive” but, “This setup is producing a bad result and we need to think about how to produce a better one.”

But note that most of the people who agree with me that it would be smart for progressives to watch their language more closely and try harder to cater to the delicate sensibilities of easily offended white people would also tell you that they hate political correctness.