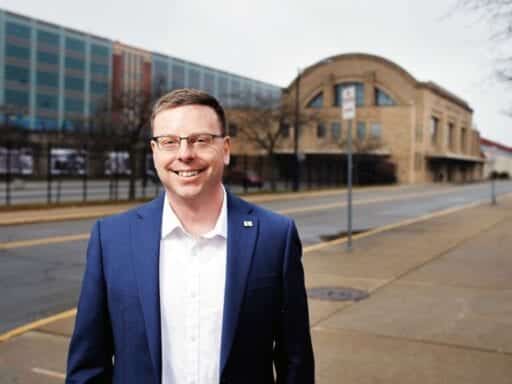 James Mueller, Buttigieg’s former chief of staff, has just been elected to the role.

Buttigieg, who opted not to run for another mayoral term in light of his presidential bid, has heavily advocated for Mueller, whose win will maintain a more than five-decade streak of Democratic mayors in South Bend.

Though expected, Mueller’s victory over Republican and public school teacher Sean Haas was not without stumbling blocks. A childhood friend and former chief of staff to Buttigieg in South Bend, Mueller was repeatedly pressed on the thorny relationship between the presidential contender and voters of color in the city, particularly in the wake of the firing of South Bend’s first black police chief and the police shooting of Eric Logan.

Mueller sought to combat such critiques by unveiling a comprehensive public safety plan, which includes hundreds of thousands in funding for more community outreach. “It’s really going to take a lot of honest, tough conversations,” he told WSBT in an interview.

Public safety was a major campaign issue during the mayoral race given the sharp uptick in gun violence that the city experienced in the past year. As the South Bend Tribune noted, there were 79 shooting-related injuries and deaths in the city through this past August, up roughly 60 percent compared to this timeframe in 2018.

Mueller is bringing his past experience in the mayor’s office to this role. In addition to serving as Buttigieg’s chief of staff, he was also previously the executive director of community investment, which focuses on business development in the city.

Asked by WSBT whether his tenure would simply be a continuation of Buttigieg’s administration, Mueller said he was proud of what they achieved while adding, “I am my own man and in our next chapter, there are a lot of different things I want to tackle, especially after this summer, reforms to public safety.”

Cory Booker on why Democrats should go bolder on gun control
Vox Sentences: Students for Fair Admissions v. Harvard
The most powerful person in the White House not named Donald Trump
Do you really have to wash your mask after every use? Short answer: Yes.
The Democrats’ Medicare mess
The seductive absurdity of Netflix’s Emily in Paris