“Phenomenal” Black turnout won the Senate for Democrats in Georgia 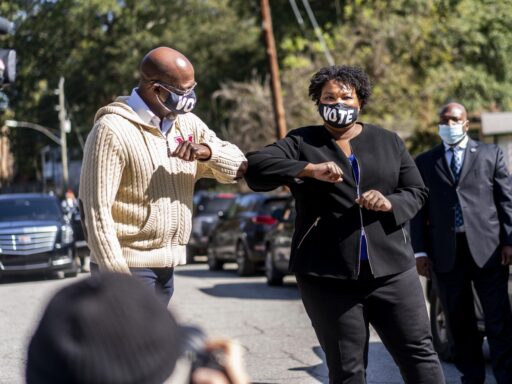 Election Twitter was blown away by Black voter turnout in the Georgia Senate runoffs.

More than any other factor, the high turnout from Black voters in Georgia’s Senate runoff elections appears to have won Democrats Rev. Raphael Warnock and Jon Ossoff their seats and their party control of the US Senate.

Warnock’s victory over Sen. Kelly Loeffler and Ossoff’s win over Sen. David Perdue have been called by Decision Desk. Perdue has announced plans to challenge the results of his race; the contest was within the legal recount threshold as of Wednesday morning.

It was a historic night: Georgia made Warnock the second Black senator from the South since Reconstruction. The big reason, according to Twitter’s most widely followed election analysts, was the remarkable level of Black turnout. Cook Political Report’s Dave Wasserman, who has also declared victory for both Democrats, called the figures “phenomenal.”

1. Black turnout looks, frankly, phenomenal.
2. Perdue/Loeffler are approaching Trump %s of the vote in a lot of deep red rural counties, but turnout there isn’t anything special.
3. It’s getting harder to see a path for either R, but esp. Loeffler.

Turnout was high in general, hitting more than 80 percent of the turnout in the November general election. But turnout rates were slightly higher in Democratic strongholds (north of 90 percent in general) and especially in predominantly Black precincts.

Looks like strong Black turnout is what’s powering Democrats to likely victories in both Senate races.

Counties that are <10% Black barely shifted from the general election to the runoff.

Those margins, especially in populous and heavily Black Fulton and DeKalb counties, were decisive for the Democrats. Warnock’s 50,000-vote lead is significantly larger than President-elect Joe Biden’s 13,000-vote win over President Donald Trump in November; Ossoff is also currently outpacing the president-elect’s margin of victory. Randolph County — a small, rural majority Black community — essentially matched its November turnout; and a number of suburban Black counties reached 90 percent or more of their November numbers.

According to CNN’s exit poll, Ossoff saw his share of Black voters grow from 87 percent in the November general to 92 percent in the January runoff. It’s difficult to compare Black turnout in the general and runoff election for Warnock since his November race featured more than a dozen candidates, including several Democrats. However, both CNN and NBC News exit polls found that Warnock won 92 percent of Black voters against Loeffler.

The Democratic advantage with Hispanic voters also grew from November to January, with CNN’s Ryan Struyk reporting a 28 percent increase in support for Ossoff among that demographic.

Black voter turnout has been the focus of former Georgia gubernatorial candidate and voting rights activist Stacey Abrams’s campaign to turn Georgia blue over the last four years. The New Georgia Project, which she co-founded, has registered 500,000 people to vote since 2014. As Vox’s Anna North has reported, many other organizations, such as the Georgia Coalition for the People’s Agenda, also worked toward increasing Black voter participation.

“We knocked on our 2 millionth door yesterday, we’ve made 5 million phone calls, 3 million text messages to Georgia voters,” Nsé Ufot, CEO of the voting rights group New Georgia Project, told Vox’s Ella Nilsen ahead of the runoffs. “We were all surprised with the results of the November election, and I maintain Georgia is a battleground state.”

Activists rooted in other communities — including Latino and Asian American — did similar work.

Abrams fell short in her own bid to be governor in 2018. But Georgia has now delivered twice for Democrats in the 2020 elections, first helping cement Biden’s win over Trump and now securing control of the Senate in the runoffs.