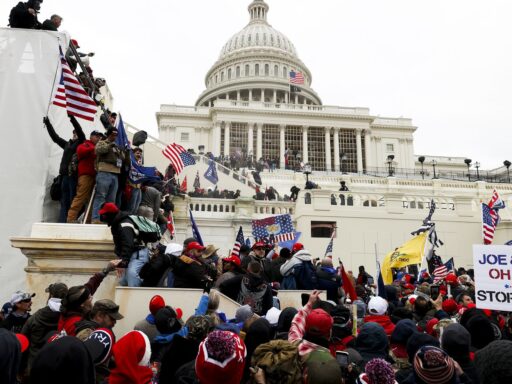 Pro-Trump protesters stormed the United States Capitol on Wednesday, forcing their way inside and interrupting Congress’s certification of electoral votes.

What is happening in the halls of Congress right now is shocking. Trump supporters, driven by a baseless conspiracy theory fomented by the president himself, have stopped the functioning of government and the normal processes of the peaceful transition of power.

Earlier in the day, thousands attended a “Save America Rally,” where the president lied, again, that he, not Joe Biden, had won the 2020 election. He urged attendees to take their protest to Capitol Hill.

Now chaos and confusion have overtaken the halls of Congress. House and Senate members are sheltering in place. Rioters broke into congressional offices, including that of House Speaker Nancy Pelosi. Secret Service agents whisked Vice President Mike Pence, who was presiding over Congress, out of the chamber. There was an armed standoff on the floor of the House of Representatives.

This story is rapidly developing, and new images and videos continue to emerge. But the moment that Donald Trump spent four years making is here.

The surprising reason behind Chinatown’s aesthetic
15 groundbreaking, unsettling, joyous documentaries to look for this year
WandaVision’s big nod toward an MCU multiverse, explained
Welcome to the June issue of Vox’s The Highlight
Pelosi: House will send impeachment articles to the Senate next week
The US will admit just 18,000 refugees in the next year