Plane Bae: how an in-flight matchmaker broke the internet 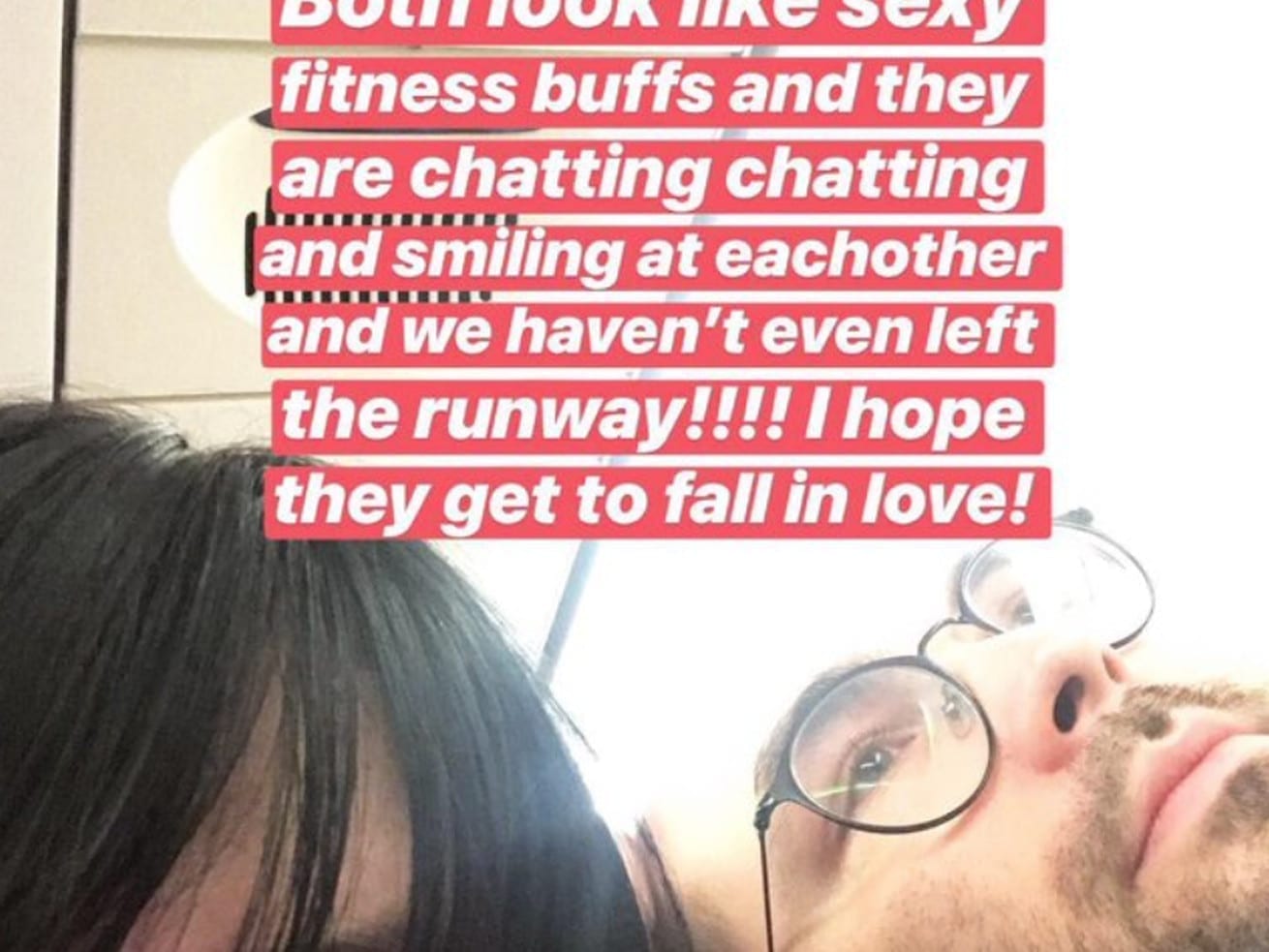 Plane Bae was the best and worst of social media.

Like a flight from New York City to Dallas, it took only a few hours for a viral romance to reach its final destination: problematic.

The story starts out fun enough: A woman and her boyfriend switched plane seats with another passenger so they could sit together, and may have, by the blessing of the goddess Aphrodite, set a long-lasting romance into motion. The woman they switched with hit it off with her new seatmate — they engaged in conversation, found out they were both vegetarian personal trainers, talked about fitness tips, bought each other proteins, went to the bathroom and changed, and wound up deplaning together.

What’s a little troublesome about the whole romantic saga is that the reason we know all these things is that the woman who switched seats and put this romance into motion shared photos and video of the whole thing on the internet, where it turned into a social media sensation — without the consent of the couple involved.

The story starts and ends with a woman named Rosey Blair, who was traveling from New York City to Dallas when she asked a woman to switch seats so Blair could sit near her boyfriend. Then she began posting to her Instagram story timeline, which she later cross-posted to Twitter over the course of 50-plus threaded tweets:

Blair’s initial tweet garnered more than 300,00 retweets and 800,000-plus likes. To put that in perspective, President Donald Trump’s tweet about saving the United States from North Korea — a tweet with foreign policy implications, since there are reports circulating that North Korea is not winding down its nuclear arsenal as promised — was retweeted only 19,000-plus times.

It’s not difficult to see why the story gained so much favor. The randomness of the chance encounter, the romance, the voyeuristic thrill — it’s a feel-good story that made the chaotic world we live in feel a little smaller, a little more friendly, and a little more hopeful. It’s the stuff you see in fiction, in romantic comedies, not in real life.

But what Blair did next turned this feel-good story into something a little more uncomfortable.

As the flight continued, Blair began documenting every interaction the new seatmates had. She took a picture of them sharing family photos. She relayed the conversation they had about their moms. She shared their food order. She speculated about their body language. She noted how they left for the bathroom together — all, apparently, without their knowledge she was doing so.

To some, Blair’s intense documentation crossed the line of privacy. Although they were all in a quasi-public space, she was photographing them and sharing those photos without her subjects’ knowledge or consent. As the story went increasingly viral on Twitter, many users began expressing discomfort with the impulse that led Blair to share the story in the first place, as well as with our collective urge to devour it as a simple feel-good story.

cannot stop thinking about how creepy that viral thread about the couple on the plane is. it’s unreal how the internet has poisoned our brains & concept of basic privacy so much that u could be 100 tweets deep on something like that & not feel weird about it

Imagine realizing mid-flight that the people seated behind you on the plane have been tweeting about you and posting pictures of you. Nightmare scenario

This is one of many incidents that challenge our sense of boundaries, of privacy, and of interpersonal ethics in a digital age, and the mediation of the internet blurs our sense of what’s real and what isn’t, to a point where solid answers are hard to come by.

Blair did afford the pair a modicum of privacy by blurring out their faces, indicating that she knew that what she was tweeting could be potentially embarrassing — which seemingly turned out to be the case, sort of. When the Today show caught up with the couple to feature their story, the woman Blair documented, whose first name is Helen, did not want to be further identified or interviewed; the man was identified as former professional soccer player Euan Holden, who had no problem being identified and interviewed.

This story isn’t wholly unlike what happened to director Greta Gerwig in May, when she went to see a movie and had all her actions — the laughs, the groans, what she ate, what she drank, her behavior — live-blogged by a fellow moviegoer. Both stories seemed harmless at the time but were later criticized for not respecting the subjects’ assumption of privacy. The incidents also call into question where we draw the line when it comes to our social media habits.

What Blair did would probably be okay if it was just a text to her friends or a conversation at a future party; I, no doubt, would probably be enthralled to hear it told in person. Because of the way social media works, though, every tweet is just seconds away from being seen and shared by millions — and that changes the consequences of the story.

But blaming Blair for tweeting out the story in the first place might be a little too tidy and lets us all off a little too easy. Blair is part of a social media ecosystem that rewards users for these kinds of stories, fueling them with the gratification of “likes” and attention. We’re all part of it, and anyone who’s posted on Instagram or Twitter has probably done something for likes, hearts, or interactions with other humans. The problem is that we know what gratification feels like, but not many of us know what it feels like when the backlash and negatives outweigh that gratification.

If there’s a lesson to be learned here, it’s that we could all benefit from a little more consideration. Sure, Blair could’ve tweeted with more discretion or thought for her subjects’ feelings. But in this day and age, maybe we could all think a little more about what we put on the internet and into the world, and how it affects the people around us — including the people we’re tweeting about.

Andrew Yang has a good answer for one of the toughest climate change questions
How Biden — or Trump — could win 270 electoral votes
Trump stopped the US ambassador who texted “Call me” in Ukraine exchange from testifying
Trump’s Israel-Palestine peace plan: Read the full text of his so-called “deal of the century”
Hong Kong protesters show no sign of backing down in the face of countless threats
Why Nevada’s most powerful union is suddenly at the center of controversy