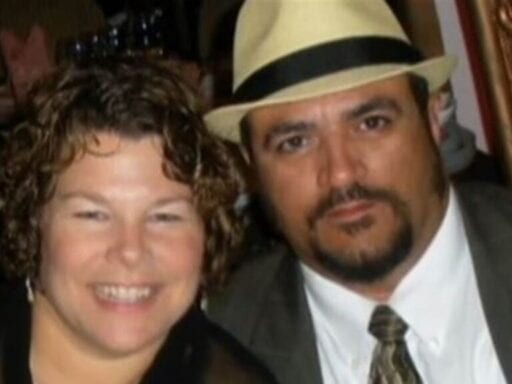 I know some of you are over the true crime podcast craze, and I get it. There’s a limit to how much blood, gore, and real-life violence many people can ingest as entertainment.

But even if you’ve sworn off true crime forever, the story of the 2011 murder of Betsy Faria and its spiral of ensuing real-life plot twists, culminating in the 2016 murder of Louis Gumpenberger, is too outrageous to sleep on.

It’s one of the wildest true crime stories in recent memory. In October 2019, it became the subject of its own true crime podcast series, The Thing About Pam, created by NBC’s long-running true crime news program Dateline.

Dateline covered the Betsy Faria case for years and chose the story to kick off its foray into the narrative podcast genre. From the opening moments, Dateline host Keith Morrison gently informs the listeners that this will be “a strange story”— a tale of crime in small-town Missouri and an ostensibly open-and-shut murder case that devolves into an infuriatingly preventable string of tragedies.

Throughout The Thing About Pam’s six episodes, the story frequently comes across as if it were dartboarded from multiple seasons of Law & Order, rather than taken from a single real-life case. Yet for all of its astounding components, the story of Betsy Faria’s murderer becomes epic in its survey of human nature. We see the individual flaws that lead to an entire process of justice being completely derailed, as detectives develop tunnel vision, prosecutors and judges pursue their own agendas, and a whole police force collectively refuses to see a killer operating right under its nose.

The case that starts with Betsy Faria’s murder is completely bonkers.

The interrelated crimes that begin, more or less, with Betsy Faria’s murder are completely and utterly batshit. In the town of Troy, Missouri, unassuming housewife Betsy Faria is stabbed over 50 times in a savage Christmastime attack. Then there’s a 911 call from her grieving husband, Russ, that stretches the listeners’ suspension of disbelief as his discovery of her body sends him into a dubiously sincere paroxysm of grief.

Despite having an ironclad alibi that should have made it all but impossible for him to commit the murder, Russ rapidly falls prey to detectives who set out to discredit him rather than investigating other suspects or a far more obvious trail of evidence. Thanks to a determined prosecutor who relies primarily on the testimony of a single witness and a judge who refuses to allow exculpatory evidence into the trial, a jury finds Russ guilty, and he’s given a life sentence.

Improbably, Russ Faria’s sentence is just the start of the story, which goes on to involve all of the following: elaborate schemes to defraud multiple cancer patients; a (probably fake) lesbian love affair; a (probably fake) letter from the murder victim herself; a pair of spurned children; a mysterious fall from a balcony; a retrial; a likely serial killer; identity theft; and a bonkers staged murder scene, which unwittingly turned a crew of Dateline journalists into participants in a case they’d spend years covering.

Through it all, as Russ fights his conviction, we, as listeners, gradually realize that the real murderer has all but been given a thumbs up by the justice system, and they’ve been able to kill and kill again. Both the judge and prosecutor in Russ Faria’s trial were later voted out of office, in large part due to their unpopular handling of this case. And on March 30, 2020, after the roller coaster ride of events narrated in The Thing About Pam, the police department settled with Russ Faria himself for $2 million in a wrongful arrest settlement. Eventually, most of this story’s players received their share of justice, which makes this story, as frustrating as it is, a deeply cathartic one.

But all of these admissions were as hard-won as they were preventable in the first place — and they came at the cost of at least one, and very likely two, additional senseless murders.

This is a story that’s hard to narrate. The Thing About Pam comes close, but to do it full justice, you might want more.

The Thing About Pam, while gripping, isn’t a perfect treatment of the Betsy Faria and Louis Gumpenberger cases. It can’t be, because Dateline itself, through no fault of its own, is very close to the story. It’s also pretty coy about its own closeness, in its particular Dateline way. If you’re a fan of the TV show, then you already know that Morrison’s cozy, Keillor-esque narration tends to make grisly true crime sound like homespun Americana. That sensibility fits this case, with its small-town criminals with giant ambitions, petty egos, and gossipy secrets, particularly well.

But because this case has so many tendrils, it doesn’t necessarily lend itself to emphasizing the twists and turns of the story. Indeed, it’s hard to know where in the story to even start — should one begin with the suspicious 911 call that kicked everything off in 2011 or the even more suspicious 911 call that ended the murder suspect’s final desperate gambit in 2016? Different podcasts covering the case have started in different places, and each gives the audience a very different perspective on where the case is going.

I’ve been obsessed with the story disclosed in The Thing About Pam for years; I’ve read every article and listened to every true crime podcast I can find about this case, in part because it’s difficult to get a truly complete version of it anywhere. Jeannette Cooperman’s 2017 article for St. Louis magazine covered the story in detail. Popular true crime podcast Generation Why devoted one perfect episode to the case in 2017, and if you’d rather have the full story in digestible, easily rage-inducing form, there’s no better place to start than there. If you’d rather have a few more side details, The Evidence Locker also did a great, thorough episode on the case, and the podcast In Sight (now Crimelines) did an episode with a few details not covered elsewhere, including a meticulous rundown of Russ’s consternating, disputed alibi evidence.

It’s also important to know that this is a story that’s still ongoing. Following Russ Faria’s overturned conviction and eventual acquittal, in a second 2015 trial, his wife’s murder is now still technically unsolved. The current local prosecutor is trying to change that, and new documents and information about the case are still being released.

It all makes for a bizarre, engrossing rabbit hole that’s alternately enraging and perversely satisfying in turn — a reminder of just how capricious the quest for justice can be and just how easily one crafty villain can manipulate the entire system to work in their favor.

Trump reportedly ordered Jared Kushner get a security clearance over multiple objections
Trump’s plan to reopen America can’t work without a massive surge in testing
At the UN, China’s Xi showed he understands the system better than Trump
The case for consequences
“Wokeness is a problem and we all know it”
How to make this winter not totally suck, according to psychologists