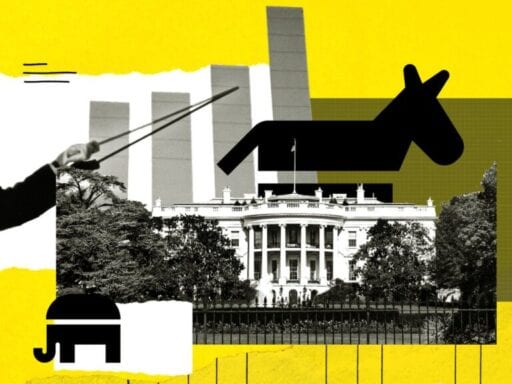 This poll shows how Democrats, independents, and Republicans are processing impeachment.

If an elected official is found to have broken the law or abused the powers of office, is impeachment merited or should the judgment be left to voters?

As part of our podcast, Impeachment, Explained, Vox partnered with PerryUndem and Ipsos on a poll exploring Americans’ beliefs about when presidential behavior is impeachable, when it’s simply wrong, and how partisanship is shaping those perceptions. The results were fascinating and unnerving.

Yes, Americans believe in the impeachment power; 71 percent say we need a way to remove a politician who breaks the law or abuses power from office. That includes 83 percent of Democrats, 69 percent of independents — and this is important — 61 percent of Republicans.

There’s a consensus: If the president broke the law or abused power, impeachment is merited. And that’s true even if the president’s name is Donald Trump.

But then we drilled deeper. What counts as a “high crime or misdemeanor”? Trump lies often. Does dishonesty count? Surprisingly, majorities of Democrats, Republicans, and independents say it should.

How about abusing the powers of your office for political gain? Here, the numbers grow even larger. Eighty percent said yes, including two-thirds of Republicans.

How about abusing the powers of your office to enrich yourself? Eighty-eight percent said yes, including 82 percent of Republicans.

These are huge majorities, reflecting a rare instance of national agreement. If a president abused the powers of office for personal or political gain, that’s a high crime and misdemeanor.

But anyone watching this process knows we’re not seeing a rare instance of national agreement. So then we got specific: Do you think the president of the United States pressuring another country to investigate a political rival is a high crime and misdemeanor? Is it just morally wrong? Or is it just politics as usual, something presidents do all the time?

Fifty-one percent of Americans say it’s a high crime and misdemeanor. That’s 77 percent of Democrats, 52 percent of independents, but only 22 percent of Republicans.

Forty-four percent of the country, however, says that presidents pressure other countries to investigate their domestic political rivals all the time. That belief, at least right now, is heavily concentrated among Republicans — almost two-thirds of Republicans see Trump’s behavior as typical political maneuvering.

This, then, is how Republicans seem to be processing Trump’s acts. Initially, the argument was that he didn’t do it. The whistleblower was lying. There was no quid pro quo. That defense collapsed quickly and totally under the White House releasing its call record and the testimonies of top officials.

So now, the argument has mutated: Yes, Trump did it, but it’s fine that he did it. Pressuring a foreign government to investigate your chief domestic political rival isn’t wrong, and even if it is wrong, everybody does it.

The scary thing about that is it could become a self-fulfilling prophecy. If the Republican Party chooses to treat what Trump has done as normal and protect him from consequences or sanction, then perhaps it will become normal. Perhaps it does just become a tactic, another power the incumbent can leverage against threats.

Fake turquoise jewelry is hurting Native Americans economically
How to write a great song, according to singer-songwriter Neko Case
How Donald Trump is losing Republicans the Colorado Senate race
Why the US is one of only a few countries with no paid time off
“12 more years!” Trump’s opening speech got the 2020 RNC off to a dark start
What is the essence of pamplemousse? LaCroix still won’t tell us.