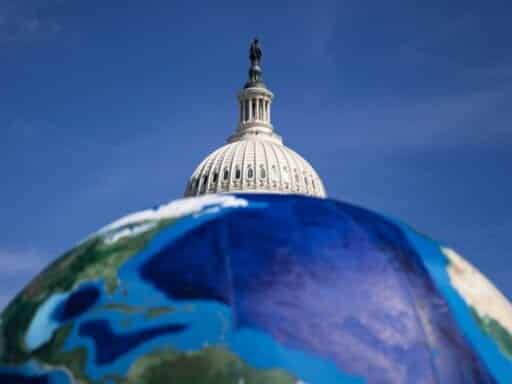 The findings of a new survey highlight a generational and ideological divide among Republicans on climate change.

On Capitol Hill, there’s been no end this year to the gridlock that has blocked any serious bipartisan discussion or passage of new federal climate policy. Some Democrats have called climate change an existential threat and want sweeping, economy-wide changes based on the Green New Deal principles to address it. Most Republicans in office, meanwhile, scarcely acknowledge climate change at all.

But the American electorate, broadly, wants more government action on climate change, and tactics like deploying renewable energy remain popular across the political spectrum, according to a new poll from the Pew Research Center.

The U.S. Public Views on Climate and Energy report published Monday shows that more than two-thirds of adults think leaders in Washington, DC, have to do more to limit greenhouse gas emissions and prepare for impacts like rising sea levels.

The survey, conducted between October 1 and October 13, 2019, among 3,627 adults, showed a stark divide along party lines: 90 percent of Democrats or Democratic-leaning respondents think the federal government isn’t doing enough. Just 39 percent of Republicans and Republican-leaning adults felt the same way.

But rank-and-file Republican voters are not a monolith, and when separated out by age or how conservative they are, the survey showed that a majority of some Republican groups want more government action to limit climate change.

The Pew researchers behind the 2019 survey also took a slightly different approach in how they asked the questions compared to previous years. Rather than framing human contributions to climate change as a binary choice, they asked respondents about how much human activity contributes to the problem. The results showed that 96 percent of liberal Democrats thought human activity contributes greatly to climate change. Meanwhile, 14 percent of conservative Republicans thought humans contribute a great deal to climate change and another 39 percent said humans have “some” contribution.

“The new measures speak directly to the current debate over the degree to which human actions are responsible for global climate change and how best to reduce the effects of climate change,” said Cary Funk, director of science and society research at the Pew Research Center, in an email. How much a voter believes humans contribute to climate change relates to how aggressively they want the government to respond. But the fact that there is a debate at all is the result of a decades-long misinformation campaign from fossil fuel companies to sow doubt.

The findings in this new survey echo other polls that show mounting concern about climate change among all Americans as well as polls that show that among Republicans, the desire for more government climate action is highest among millennials.

The results also illustrate why the two parties have such divergent responses to climate change. In the race for the White House in 2020, almost every Democrat in the running has proposed a comprehensive strategy to combat climate change. Lawmakers in the Democrat-controlled House have introduced several climate-related bills ranging from rejoining the Paris agreement to building energy-efficient public housing. And several lawmakers have built their climate agenda within the Green New Deal, a sweeping economy-wide framework for limiting greenhouse gases through the lens of social justice.

To the extent that congressional Republican lawmakers have discussed climate change at all, most of their proposals have been focused on narrower measures like a carbon tax or centered on principles like innovation. And in the current Congress, it’s unlikely any climate-related legislation will pass with Republicans in control of the Senate and unwilling to give Democrats any concession that could be seen as a political win.

But with the Pew poll showing that the greatest concern about climate change is now among the youngest Republican voters, party leaders may face more pressure to counter Democrats with their own climate change agendas. And with so many Democratic presidential candidates devoting so much energy to the issue, Republicans will likely have to provide an answer in the general election campaign for how they intend to limit global warming.

“Reopening” isn’t enough to save bars and restaurants — the US needs a bailout
Cosmic rays are raining down on us. No one knows where they come from.
The Trump administration made trade threats to Ecuador over … breastfeeding
Democratic candidates want to use trade to make other countries act on climate change
America’s emergency medical stockpile is almost empty. Nobody knows what happens next.
The Rod Blagojevich scandal and Trump’s commutation of his sentence, explained