Poll: only 28 percent of young voters say they will certainly vote in the 2018 midterms 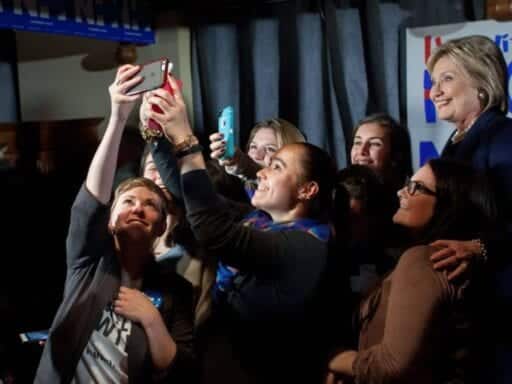 Democrats are winning over younger voters by huge numbers, but as a highly contentious voter turnout-dependent midterm election inches closer, there’s a serious question whether these young Democrats will come to the polls.

A recently released poll from Public Religion Research Institute and the Atlantic conducted in June showed only 28 percent of young adults, ages 18 to 34, say they are “absolutely certain” they’ll vote in midterms, compared to 74 percent of seniors.

In a year when Democrats are hoping an energized base can deliver them massive gains in Congress — and possibly the majority in one or both chambers — this poll, on its face, should give Democrats some pause.

Of course, this is only one poll. There are other surveys with varied results; a recent poll conducted by the Associated Press and University of Chicago’s NORC found that 32 percent of young voters would certainly vote, and 56 percent were likely to. Another poll by Cosmopolitan magazine and Survey Monkey found that 48 percent of young voters were “absolutely certain” they’d vote in the midterms.

And it’s actually a big improvement for Democrats compared to past midterms. In the 2014 midterms, when Democrats lost control of the Senate, only 13 percent of young voters participated, according to the census.

But the takeaway is still serious: While Democratic voters are more enthusiastic to vote in the 2018 midterms than in past off-year election cycles — and recent polls show they’re more eager to get out to the polls than Republicans — young voter turn out could make the difference in 2018.

“Right now the ‘blue wave’ is being powered by suburban professional women, but to fully capitalize on 2018, Democrats need to energize young voters and voters of color,” Dave Wasserman, of the Cook Political Report, said.

Republicans have a millennial problem. Luckily for them, millennials don’t consistently vote.

Young people haven’t been a reliable voter base for Democrats.

To be clear, people ages 18 to 34 overwhelmingly vote for Democrats and prefer Democratic candidates even if they are registered as “independent.” Democrats have a 35-point advantage with young women voters in the 2018 House midterm elections so far, according to a CIVIQS surveys. That lead narrows to 10 points for young male voters.

As Vox’s Li Zhou wrote, a recent Pew Research Center survey found young women’s preference for Democratic congressional candidates is significantly higher than that of women of other age groups:

Women overall are likely to lean blue, with 54 percent supporting or leaning toward the Democratic candidate in their district this fall, versus 38 percent who favor the Republican candidate. But 68 percent of young women are choosing Democrats, compared to 24 percent who prefer Republicans.

This is in stark contrast to older voters, who are more likely to vote Republican than young voters. Younger voters are also notably much more diverse than older voters.

But the problem for Democrats is, young people just don’t always vote.

“They are volatile in term of their turnout,” Wasserman said. “They are likeliest voters to drop out of the electorate — them and Latino voters … for Democrats there is a lot of room to grow.”

Even a jump from the 13 percent that participated in 2014 to the 28 percent surveyed could have a serious impact on elections. Wasserman says part of the reason Trump won in 2016 was the young voters didn’t turn out — and those that did cast ballots for third-party candidates. Young voter turnout in 2016 was slightly lower than 2012, when President Barack Obama’s support among millennials saw a significant drop from his first election in 2008.

Now, as young voters appear more engaged in the Trump era than they were under George W. Bush and Bill Clinton, they could make a big difference in the so-called “blue wave” this midterm season.

This profile of publishing’s biggest scam artist reveals the industry’s deep dysfunction
The simmering debate over Big Tech explodes on the Democratic debate stage
How the pandemic forced mental health care to change for the better
Georgia Senate runoffs: The final battles for control of the US Senate
Roger Stone, explained: the longtime Trump adviser and dirty trickster is in Mueller’s sights
Ohio’s vaccine lottery is a winner no matter what