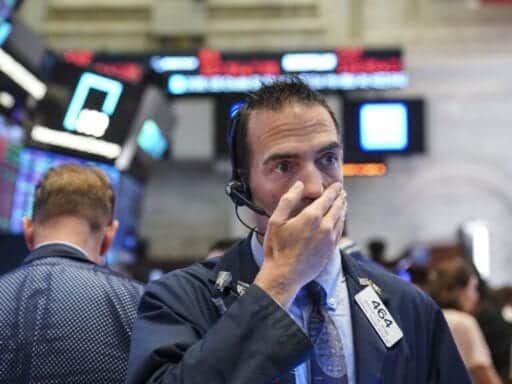 Can you smell it? A gloom is enveloping Silicon Valley.

In the latest example of this new reality, Postmates, the food-delivery startup valued at over $2 billion that was expected to go public in 2019, recently told its IPO advisers that it is delaying its initial public offering due to market conditions, according to people familiar with the matter.

Postmates is just one of over a dozen startups worth over $1 billion that was expected to IPO in 2019. But as the end of the year approaches, a gloom is enveloping Silicon Valley, and it’s making for unusual shows of contrition, internal debates in board rooms, and insurgent attempts to change the Wall Street system that keeps delivering bad news to Silicon Valley.

Tech’s highest-profile startups have largely bombed on the stock market since they went public this year: The value of Lyft has been cut in half. Its rival Uber is down over 25 percent. Slack and Peloton are trading well below their IPO prices. And, of course, WeWork’s ambitions crashed into reality when public investors balked at the company’s price tag, leading the company to pull its IPO altogether rather than post its own gnarly red ink.

Postmates CEO Bastian Lehmann said on Friday at a startup conference that the company was closely watching the macroeconomy and indicated that other startups has caused them to second-guess their timing.

Asked if Postmates would go public in 2019, Lehmann said that, “it depends more on the macro than it does on our readiness.”

But a 2019 IPO as of now appears unlikely — and Postmates is at least preparing for the delay. Postmates recently distributed paperwork to shareholders saying that it is pushing back the start of its expected lockup period to about midway through the first quarter of next year, according to people familiar with the matter. That’s at least the second time that Postmates has pushed back the deadline.

Postmates’ decision does make some sense considering how other tech startups have fared in 2019. Yes, some unsexy, profitable software companies are doing fine. But an IPO narrative is set, fairly or unfairly, by the sector’s marquee consumer companies. And it’s clear as 2019 wraps up that the rest of the world does not believe in Silicon Valley as much as Silicon Valley believes in itself.

The 32 tech companies that went public in 2019 have only appreciated in value by an average of about 5 percent, according to Renaissance Capital, which tracks IPO performance. In 2018, that stat was about 13 percent. And in 2017? A 94 percent return rate.

But you don’t need to read IPO stats to see the mood changing. Frustrations manage to manifest themselves in new ways every day in Silicon Valley.

In the most concrete demonstration yet of Silicon Valley’s growing dissatisfaction with the ways in which companies go public, hundreds of investors and founders gathered last week in downtown San Francisco to discuss alternatives to the traditional IPO. For over seven hours, Silicon Valley’s bumper crop of startups imagined a future with Wall Street banks controlling less of their futures, part of a symposium to extol the virtues of what are called direct listings, or “a Simpler and Superior Alternative to the IPO,” as the agenda for the closed-door meeting described them. (Here’s how direct listings work.)

On Monday, the person who is singularly most responsible for the recent run-up in startup prices, Masayoshi Son, expressed a rare pang of regret. The head of SoftBank, whose Vision Fund is plowing over $100 billion into young companies, said he is “embarrassed and flustered” by his track record in investing.

And the famously optimistic investor — who pushes the founders he backs to be “crazy” and grow to the brink — is now preaching a new message after the IPO flops of SoftBank’s biggest startup bets: Uber and WeWork.

“Recently, I’ve been telling founders to ‘know your limit,’” Son said in an interview with Nikkei Business. “Knowing your limitations will help unleash limitless possibilities.”

And over at Postmates, company leadership has been pumping the brakes amid some internal debates over the ideal time to go public. Postmates confidentially filed its paperwork for an IPO in February but has yet to “flip” its prospectus and formally kick off IPO proceedings. That’s an unusually long time to sit in limbo.

But for all the moves beneath the surface, there are deeper cultural and financial reasons that suggest this new gloom won’t actually change anything.

Silicon Valley abhors doomsayers and runs on some collective delusion: Yes, the IPO market might be bad for most companies, but not my company. Investors and startup founders are inclined to wax philosophic about the future of technology, clinging to rosy projections meant to inspire, brand themselves, and make them money. Tech leaders’ fundamental optimism might be genuine, but it is also socially scripted.

Meanwhile, none of the fundamentals of Silicon Valley deal-chasing have changed: Each individual venture capital firm is still desperate to win the favor of the next great company, pushing up valuations in what could be seen as a Tragedy of the Commons. Those ballooning valuations are only pierced when they’re rejected by Wall Street in an IPO.

Even if American startups are overvalued, few individual investors — acting in their own self-interest — are willing to retrench. And 2019’s IPO disappointments aren’t likely to change their minds.

How Anthony Fauci became the face of the pandemic — and its merch
Utah’s plan to send patients to Mexico to buy cheap medicines is an indictment of US health care
This new translation of Beowulf brings the poem to profane, funny, hot-blooded life
The Labor Department is investigating the visa program Mar-a-Lago uses to hire foreign workers
What to expect at Tuesday’s Democratic debate in South Carolina
To defend journalism, we need to defend the truth and not just journalists