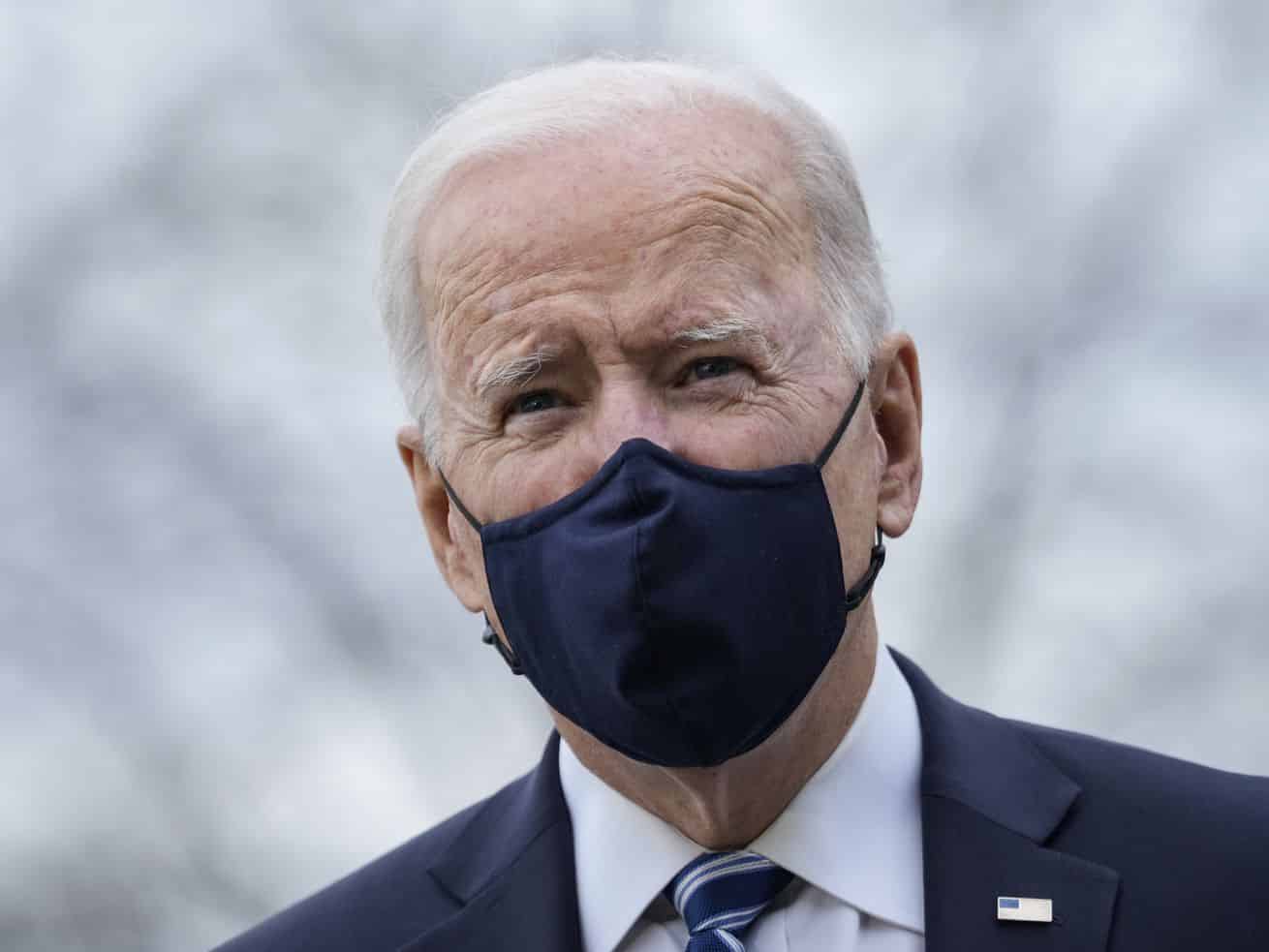 Biden just came out in support of filibuster reform for the first time.

President Joe Biden endorsed changing the Senate’s filibuster rule on Tuesday evening, making him the latest Democratic veteran of the Senate to endorse reforms that could make it easier for senators to pass legislation.

Biden, who served in the Senate for 36 years, previously resisted calls for filibuster reform — even as other Democratic Party heavies such as former President Barack Obama joined a chorus of Democrats seeking to modify or abolish the filibuster.

The president came out in favor of filibuster reform in an interview with ABC News’ George Stephanopoulos. After Stephanopoulos asked Biden if he’ll have to “choose between preserving the filibuster and advancing your agenda,” the president initially answered “yes.” But he then clarified that he’s inclined to support a middle ground between eliminating the filibuster outright and preserving existing rules, which allows the Republican minority to block most legislation unless 60 senators agree that a bill should pass.

“Back in the old days,” Biden said, a senator who wished to maintain a filibuster “had to stand up and command the floor” and “keep talking on.”

The president, in other words, endorsed a so-called “talking filibuster,” a possible reform that recently received some tepid support from Sen. Joe Manchin (D-WV), another Senate veteran who previously opposed changing the filibuster rule. Under this framework, at least one senator in the minority would have to stand on the Senate floor and keep talking in order to maintain a filibuster.

Yet, as is often the case with rules reform, the devil is in the details. Depending on how senators crafted a new filibuster rule, that new rule could provide a potent deterrent against future filibusters — or it could prove to be a paper tiger that does little to prevent the minority party from obstructing legislation.

How to design an effective talking filibuster

The talking filibuster holds an unusual place of honor in American culture — think of the climatic scene from the 1939 film Mr. Smith Goes to Washington, where the titular character speaks in opposition to legislative corruption until finally collapsing in exhaustion.

In reality, however, a requirement that a single senator hold the floor to maintain the filibuster is unlikely to end so dramatically. And such a requirement may not even do much to advance legislation.

In 2012, Sen. Jeff Merkley (D-OR) proposed that “senators who feel that additional debate is necessary would need to make sure that at least one senator is on the floor presenting his or her arguments.” If no such senator were present, the filibuster would end and whatever bill the filibustering senators hoped to block could then be passed by a simple majority vote.

Such a reform would make for great television, but it’s far less likely to allow much legislation to pass the Senate. With 50 Republicans in the Senate, it wouldn’t be hard for the GOP caucus to work in shifts to keep a filibuster going for as long as necessary.

Indeed, as my colleague Andrew Prokop notes, “it was Senate majorities who threw out the ‘talking’ requirement, believing it wasted too much of the Senate’s time.” In the worst case scenario, a talking filibuster requirement could give senators who like to grandstand even more incentive to filibuster a bill.

Biden’s comments on the filibuster to Stephanopoulos were brief, but he seemed to suggest a somewhat more potent version of the filibuster than Merkley proposed in 2012. “Once you stopped talking,” Biden suggested, “someone could move in and say I move the question of” — a motion to “move” a “question” may refer to a procedural maneuver that seeks to end debate on a matter and force a vote.

The president, in other words, appears to be suggesting that a senator in the majority could interject the moment a senator who began a filibuster stopped talking. That could prove to be a potent limit on filibusters if senators who support the filibuster aren’t allowed to tag-team with their colleagues — swapping in a new obstructionist senator whenever the last one is too tired to keep talking.

A third possibility was recently floated by Merkley. While Merkley’s 2012 proposal appears to allow tag-teaming, and thus is unlikely to do much to change the Senate, Merkley’s new proposal that could accomplish a whole lot more.

As NBC News’ Sahil Kapur summarized this new proposal, “a group of 41 senators” would need to “hold the floor and take turns talking incessantly” in order to maintain a filibuster. So the filibuster would end unless the minority kept at least 41 senators on the floor at all times.

This reform, if enacted, could prove quite significant indeed. For one thing, the majority leader could potentially hold the Senate in session 24 hours a day and seven days a week, forcing Republicans to keep over 80 percent of their caucus on the floor at all times — including at 3am every Saturday morning and on Christmas Day. Eventually, the sheer physical toll of eating, sleeping, and living most of their lives in one room could be enough to end a filibuster.

It’s an open question whether Manchin — or Sen. Kyrsten Sinema (D-AZ), another Democrat who has resisted eliminating the filibuster — would support such a change. But Merkley’s new proposal suggests that senators who hope to pass a robust legislative agenda through the Senate are thinking about smart ways to preserve the filibuster in some form without letting it be a bar to legislating.

And Biden’s recent remarks indicate that he has joined the growing Democratic consensus in favor of reform.

Retail workers are more vulnerable than ever. A new campaign wants to protect their jobs.
Facebook has always been about relationships. Now it’s in the dating game.
The RNC weaponized exhaustion
Donald Trump is inciting violence
The messy politics of Nextdoor
Protesters confront Homeland Security chief Kirstjen Nielsen at Mexican restaurant