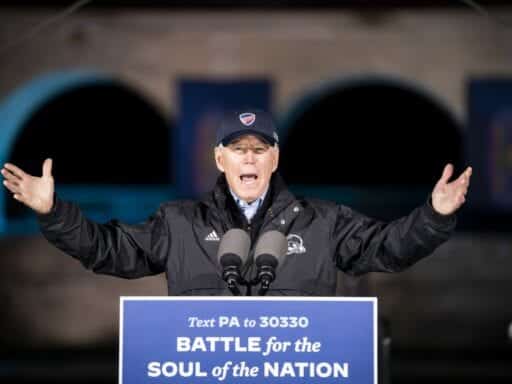 Climate change has become more dire. The coronavirus has upended lives and economies. America’s allies trust it less. China has taken advantage of the chaos to gain power. Iran has moved closer to obtaining a nuclear weapon, while North Korea and Russia have strengthened their nuclear and missile arsenals. And the US remains at war.

Here is Biden’s plan to fix the world.

Tackle climate change and the coronavirus

Biden has said he’ll recommit the US to the Paris climate agreement. Trump fulfilled a campaign promise to withdraw from the pact last year even as US greenhouse gas emissions were rising, reversing years of decline. Under the accord, signed by the Obama administration, the US would aim to cut its emissions 13 to 15 percent below 2005 levels by 2025.

And, of course, Biden would seek to combat the coronavirus right away. “Job one will be to get Covid under control,” Tony Blinken, Biden’s foreign policy adviser, told Axios in July. Biden says his somewhat ambiguous coronavirus plan would simultaneously handle the health crisis and the economic downturn caused by the pandemic.

Rebuild a system of alliances

Biden believes the best way for America to get what it wants in the world is through a system of alliances. “America’s security, prosperity, and way of life require the strongest possible network of partners and allies working alongside us,” he said in a July 2019 speech.

Biden committed to hosting a summit of the world’s democracies in his first year “to put strengthening democracy back on the global stage.” Whether such a summit would truly convince the world that “America is back,” as Biden likes to say, is unclear.

The president-elect believes the US will only push back on China by proving America is both strong at home and has a coalition of allies willing to thwart Beijing’s most troublesome policies.

Only with friends can the US negotiate a favorable trade deal, impose costs on Beijing’s aggression in its region, and stop it from committing human rights abuses — namely the internment of Uighur Muslims.

Without backup, some fear China will continue doing what it’s doing. “We do need to get tough with China,” Biden said in a July 2019 speech.

The threat of nuclear proliferation grew in the Trump years; Russia and North Korea strengthened their weaponry, and Iran inched closer to obtaining a nuclear bomb (though it says it doesn’t seek one). That means it will be up to Biden to reverse the trend, but that’ll be much easier said than done.

Trump scrapped nuclear treaties between Washington and Moscow that limited their nuclear development. Despite Trump’s diplomatic efforts, Pyongyang has continued to build bigger, more dangerous missiles. And after Trump withdrew America from the Iran nuclear deal, Tehran stopped abiding by its restrictions.

Unfortunately for Biden, his predecessors struggled to solve these longstanding problems, meaning he has his work cut out for him.

It’s always worth repeating that the US has been at war since 2001. Biden says he has had enough. “It’s past time to end the forever wars, which have cost us untold blood and treasure,” he said in July 2019.

But how many troops he’ll bring home from Afghanistan, Iraq, Syria, and elsewhere — and when — remains unclear. He’s signaled a desire to leave counterterrorism troops behind in Afghanistan, implying the US wouldn’t completely withdraw. However, he has promised to stop America’s support for Saudi Arabia’s war in Yemen.