Pro wrestling is an art form 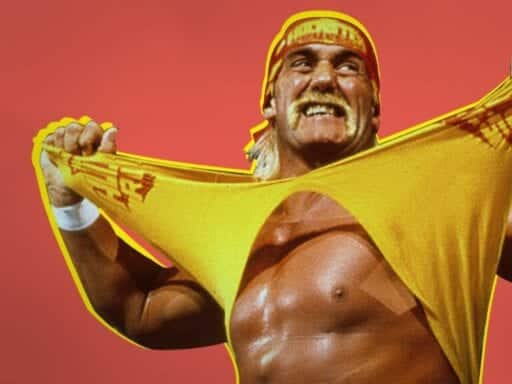 Who cares if it’s fake?

Mention “pro wrestling” to the uninitiated and you’ll likely get a response along the lines of, “Isn’t it all fake?” Well, yes … but also no.

While the question is simple, answering it is deceptively difficult.

Do wrestlers compete in fights with predetermined outcomes? Yes. In fact, the world’s largest pro wrestling organization, World Wrestling Entertainment Inc. (WWE), employs a staff of writers and producers to come up with storylines for each event.

On the other hand, the real lives of pro wrestling’s biggest stars have become so intertwined with their fake storylines that it can be hard to say what’s fake and what’s real.

WWE CEO Vince McMahon has spent several decades growing the organization into a tremendously profitable company, earning a record total of $801 million in revenue last year. Along the way, though, he’s blurred the line between fact and fiction by creating a new style of entertainment.

He’s even stepped into the ring to perform as a dramatized version of himself. During scripted confrontations with his employees, McMahon has performed in fights that have included members of his family and even Donald Trump, who body-slammed McMahon during a guest appearance at WrestleMania 33. At the time, Trump was best known for his own reality-bending entertainment offering: the television show The Apprentice.

While these confrontations may have been fake, the success of the performances — and of pro wrestling overall — are authentic. Now, President Trump has appointed Vince’s wife Linda McMahon, who also spent time as CEO of the WWE, to the role of small-business administrator.

Vince McMahon has continued to helm the international expansion of WWE as its popularity continues to grow. This year, experts are predicting that WWE will surpass 1 billion social media followers.

So what’s the key to pro wrestling’s success?

It’s a blend of dramatic storytelling and raw athleticism that has been described as “sports entertainment,” a phrase McMahon coined to describe pro wrestling in 1989. When he did so, he broke the illusion that wrestling was an athletic endeavor on par with other professional sports, but at the same time, he declared that pro wrestling had something entirely unique to offer: an art form developed around a distinct set of storytelling principles that plays with the concept of reality and rewards fans who are “in on it.”

To learn how pro wrestling evolved from competitive sport into scripted spectacle, watch the video above. For more videos, subscribe to Vox’s YouTube channel.

America has never grappled with its racist past. Could Germany be a model?
Eighth Grade’s R rating deters actual 8th graders from seeing it. What a shame.
Tech underestimated Bernie Sanders. Now it has to deal with him.
The US and Canada haven’t budged on NAFTA
The brewing fight over making the Mueller report public, explained
Why health insurance in rural America is suddenly getting cheaper under Obamacare