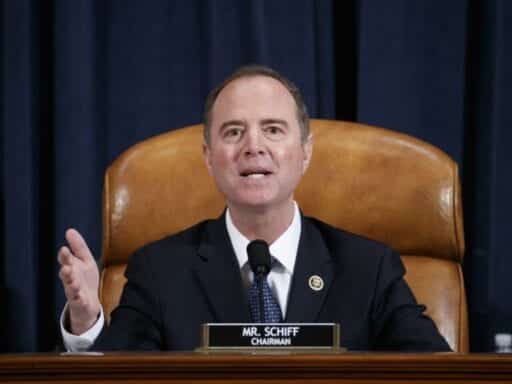 Several witnesses are testifying in public hearings in November.

Some of these officials are witnesses who reportedly heard President Trump’s controversial July phone call that led to the impeachment inquiry, while others are State Department officials and US diplomats who are experts on Ukraine.

Here, you’ll find updates on the hearings, including schedules, recaps, key takeaways from each hearing, and a guide to who’s who, what’s happening, and what really matters. To get started, you can read more about what to expect in the hearings here. You can also catch up on what to know about impeachment with our guide to impeachment, explained.

The summer solstice is here: 6 things to know about the longest day of the year
Minority rule in America
Thursday’s Republican National Convention speakers, explained for people who don’t watch Fox News
The causes of the likely looming recession are different, but the cure is the same
Trump’s danger on North Korea? Raised expectations
The storming of the Capitol, explained