Quintonio LeGrier was killed by police. A jury awarded his family $1 million. Then a judge took it away. 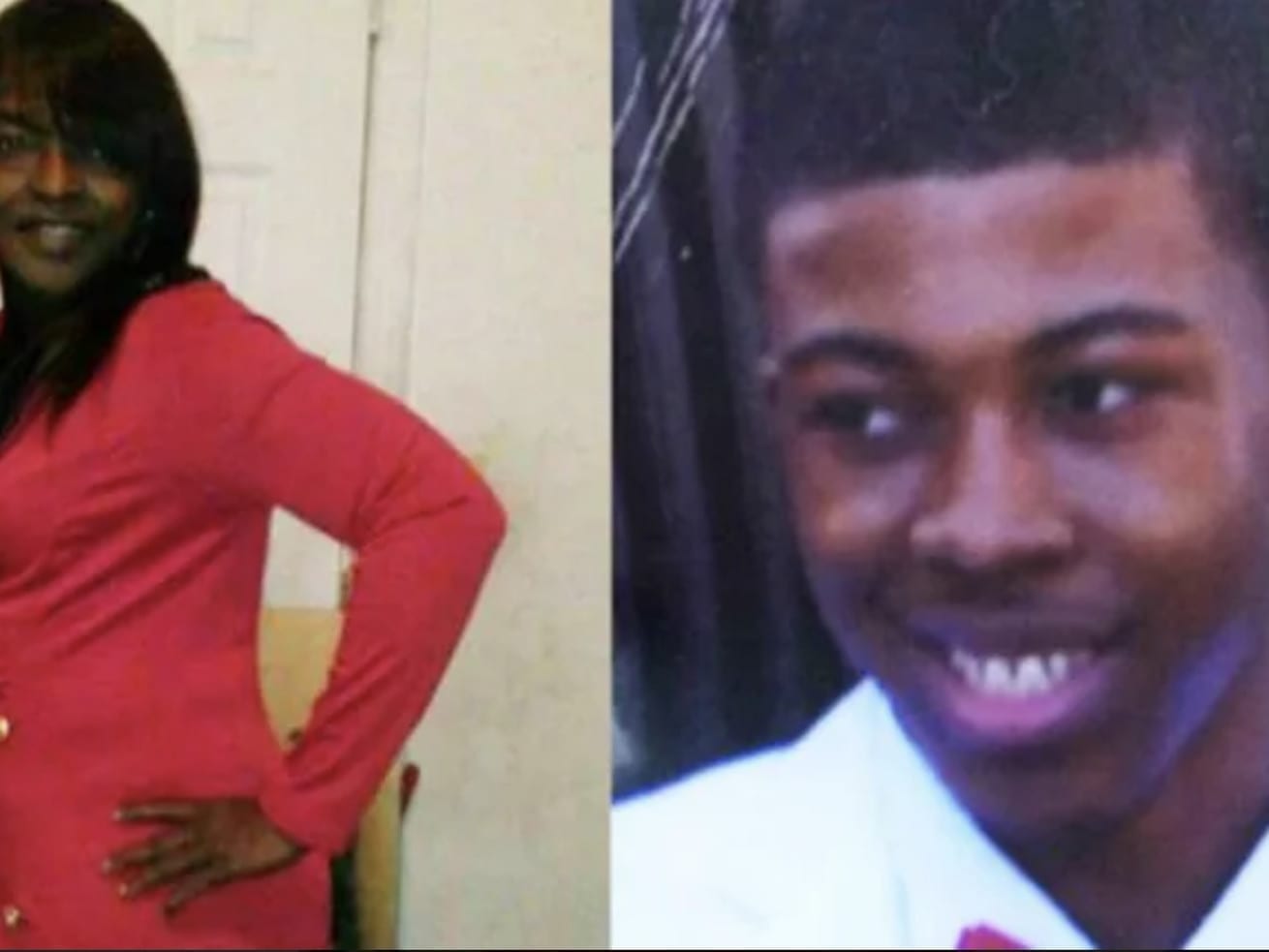 A jury’s ruling that the shooting was unjustified but based in “reasonable” fear led to the award being reversed.

The fatal police shooting of 19-year-old Quintonio LeGrier, a black university student in mental distress, sparked controversy in 2015, particularly due to the death of a bystander struck when a Chicago police officer opened fire. Now a recent verdict in a wrongful death lawsuit brought by LeGrier’s father is only adding to that controversy after a judge reversed a settlement given to the man’s family.

On Wednesday, a jury ruled that while the shooting was unjustified, Chicago Police Officer Robert Rialmo reasonably feared for his life when he began firing at LeGrier. The jury also awarded the teenager’s family $1 million in damages, far less than the $25 million the family sought. But Judge Rena Marie Van Tine quickly reversed the award, determining that because the jury’s ruling found that Rialmo had reacted out of a reasonable fear, the man’s family could not be awarded money.

Since 2015, LeGrier’s has been one of the more high-profile cases against the Chicago Police Department, occurring as the agency faced heavy scrutiny for incidents of police violence in black neighborhoods. The shooting received more scrutiny with Bettie Jones’s accidental death.

In the wake of the incident, each of the involved parties sought to assign guilt in the case, with the city at one point blaming LeGrier for Jones’s death, while his family argued that the officer was responsible for the shooting.

Due to laws that give police wide latitude to use force, it’s rare for officers to be charged or convicted for police shootings. Wrongful death lawsuits often serve as the only recourse for a shooting victim’s family. But the LeGrier case highlights that these types of suits rely heavily on questions about the justifiability of a police shooting, a question made much more complicated given the significant legal protections afforded to police officers.

In the early morning hours of December 26, 2015, Antonio LeGrier called police, saying that his 19-year-old son, Quintonio, who was staying in his father’s apartment, “freaked out” and was holding a baseball bat. Quintonio himself had also called 911 several times that night, telling dispatchers that there was an emergency and that he needed the police. Two of those calls came before his father dialed 911, and were dismissed by dispatchers, a third was made shortly before police arrived.

When Rialmo and another officer arrived at the multi-unit apartment building, they began moving toward the LeGriers’ second-level apartment. According to the officers, Quintonio quickly appeared in front of them, swinging an aluminum and almost striking Rialmo, forcing the officer to move back.

The officer then fired at the teenager, striking him several times, with some of the bullets hitting him from behind. One of those shots hit and killed Jones, the LeGrier’s 55-year-old neighbor who lived in a first-level apartment unit and had opened the door for the police. Early last year, prosecutors declined to press criminal charges against Rialmo for the shooting deaths of LeGrier and Jones, but the city recently settled a wrongful death suit with Jones’s family for $16 million.

In the wake of the incident, the LeGrier family argued that Rialmo did not attempt to de-escalate the situation prior to opening fire, claiming that he shot at Quintonio LeGrier from far away. In 2017, Chicago’s Civilian Office of Police Accountability agreed, determining that the deaths of both LeGrier and Jones were unjustified and adding that evidence suggested Rialmo was further away from LeGrier than initially reported.

The city police chief disagreed, saying that Rialmo had behaved reasonably. Rialmo has worked desk duty since the shooting. Due to the split decisions between the disciplinary office and the department, it is now up to the Chicago Police Board to determine if he will be fired. The two 911 dispatchers who had ignored LeGrier’s calls were punished.

Rialmo has maintained that fear of injury caused him to fire at LeGrier, arguing that the young man’s actions were the catalyst for the shooting. When LeGrier’s father filed a wrongful death lawsuit against Rialmo, the officer filed a countersuit against the LeGrier estate, alleging that Quintonio’s actions were the reason Jones died and that the shooting had caused Rialmo severe mental distress. In a particularly bizarre turn, the city of Chicago also briefly filed a lawsuit against LeGrier’s estate, blaming him for the shooting. The city’s lawsuit was quickly withdrawn after receiving heavy criticism.

The LeGrier shooting came as Chicago PD’s use of force was already under intense scrutiny, just one month after the department released footage of the fatal shooting of Laquan McDonald, a 16-year-old shot multiple times by a city police officer in 2014.

At the civil trial that began earlier this month, lawyers largely faced off on the question of where both men were standing when Rialmo opened fire. Rialmo’s attorney, Joel Brodsky, maintained that the shooting was an act of self-defense, at one point saying that LeGrier forced Rialmo “to have to take his life, and, unfortunately, tragically, the life of Bettie Jones.”

“I don’t believe that Officer Rialmo is a bad person necessarily,” David Fitzsimmons, the jury foreman, told reporters shortly after the verdict. “I think he just made a bad decision at the moment.”

Police are rarely charged or convicted for shootings, making wrongful death lawsuits a key, if flawed, avenue for relief

It’s unclear exactly why the jury ended up with a contradictory verdict, but the LeGrier case is hardly the first time that a fatal police shooting has been found to be the result of “reasonable” fear. But the verdict, which comes just weeks after a Florida family received a mere $4 settlement in a wrongful death lawsuit over a police shooting of a loved one, suggests that these suits, often the only way for families to get relief, won’t always end in a settlement.

Research has shown that these settlements can be incredibly costly for cities and police departments alike. Chicago for example, borrowed some $709 million from 2010 to 2017 to cover the cost of settlements according to a new report from the Action Center on Race & the Economy. An investigation from the Chicago Reporter noted that the city of Chicago has paid out more than half a billion dollars to settle misconduct lawsuits since 2005.

But the exact amount of these settlements can vary widely — if they’re even awarded in the first place. As the New York Times notes, “the vast majority of families who lose someone in a questionable police shooting get nothing.”

And it is still incredibly rare for officers to actually face criminal charges for a shooting. While some recent police shootings — such as the shooting of 17-year-old Antwon Rose in East Pittsburgh, and the shooting of Anthony Green, a black man shot as he ran from a police officer in Georgia on June 21 — have led to swift criminal charges against the officers involved, that is still the exception and not the norm. And even when officers are charged, it is unlikely that a jury will find them guilty.

These realities have frustrated racial justice activists who note that police officers are disproportionately likely to shoot African Americans. According to the Washington Post’s Fatal Force database, more than 500 people have been shot and killed by police in 2018. Ninety-two of those people were identified as black in news reports.

Research has shown that there are significant racial disparities in police use of force. While these disparities are most commonly attributed to issues like implicit bias and systemic racism, recent research has also found that specific factors like high levels of housing segregation and economic inequality also play a role in where police shootings occur and whom they affect.

There’s another factor at play here as well: Police officers are generally given wide latitude to use force. As Vox’s German Lopez has noted, “Legal standards make it difficult to legally punish individual police officers for use of force, even when it might be excessive.”

This standard has long been upheld by the Supreme Court. Two key decisions in the 1980s, Tennessee v. Garner and Graham v. Connor, created a framework for when cops can reasonably use deadly force.

David Klinger, a criminologist with the University of Missouri in St. Louis, previously told Vox that the first standard allows officers to use lethal force “to protect their life or the life of another innocent party.”

The second standard allows officers to shoot a person who is trying to escape after committing a violent felony, because that person could reasonably be deemed a threat to the community.

Taken together, these decisions form the “objective reasonableness” standard, or the idea that so long as an officer reacted to a reasonably perceived threat, their shooting is justified, even in cases where their perception turned out to be incorrect.

In the years since these two landmark cases, the idea has been challenged in court, but the standard has not been changed. In April, the Supreme Court sided with an Arizona police officer who shot a woman holding a kitchen knife at her side, saying in a 7-2 ruling that the officer’s decision to shoot was reasonable. In their dissent, Justices Sonia Sotomayor and Ruth Bader Ginsburg argued that the ruling “tells officers that they can shoot first and think later.”

Recent months have seen a new effort to change this standard by reducing the number of officer-involved shootings that happen. In California for example, the fatal police shooting of Stephon Clark prompted state legislators to introduce a bill that would only allow officers to shoot when it is absolutely necessary, and only after they have exhausted other options. The measure has drawn criticism from police groups who argue that the bill will make officers second guess their decisions and put them in danger. If the legislation passes, it will the be first in the nation to restrict officers’ ability to shoot.

There are primaries in 5 states today. Here’s what time the polls close.
Why Incredibles director Brad Bird gets compared to Ayn Rand — and why he shouldn’t be
Watch: the first footage of Doctor Who’s first woman Doctor is here
These cities are vying to host the 2020 Democratic National Convention
The Pentagon is calling on US airlines to help with Afghanistan evacuations
Why the original Zola Twitter thread worked so well