R. Kelly released a 19-minute song called “I Admit.” It doesn’t admit much. 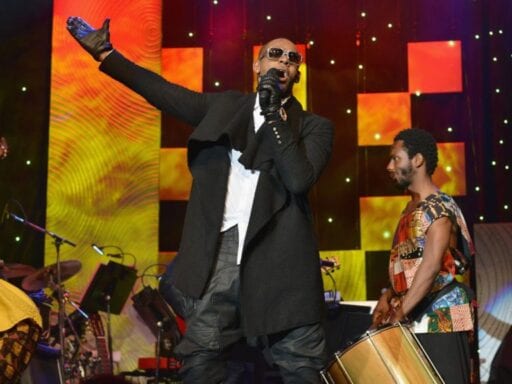 In a lengthy new track, R. Kelly (sorta) addresses those sex cult rumors and (mostly) feels sorry for himself.

R. Kelly just released a new song called “I Admit.” At the risk of spoiling this lengthy (19-minute) track: He does not actually admit to much.

“I admit I have made some mistakes,” Kelly begins, but within two lines, he’s found the real culprit: other people, who have taken advantage of his generous heart. “I admit I helped so many people / And them same damn people turned fake.”

Kelly’s song of embattlement and self-righteousness comes as he begins to face mild consequences for the deeply serious acts of which he’s been accused. Over the past few months, the #MuteRKelly campaign, promoted by the Women of Color committee within Time’s Up, has gained visibility. Five members of his inner circle have left him since last fall. He cut short one tour and canceled performances in another. This April, Spotify announced that it would stop promoting Kelly’s music, although his catalog remains on the streaming platform, and removing his music from playlists reportedly did not affect his streaming numbers. (Spotify rescinded the new policy just two months later.)

We have a lengthy timeline of everything Kelly has been accused of to lead to this situation, but here’s a brief recap: Last year, Kelly was accused of holding a group of young women against their will in an abusive “sex cult” and brainwashing them to keep them from going to the police. The first story came from parents of some of the girls Kelly is allegedly holding and was backed up by statements from numerous Kelly associates. Since that first article, multiple women have come forward who say that they escaped from Kelly’s cult, with stories that closely match the accounts already on the record.

But the sex cult accusation was not the first mark against Kelly. He’s been sued multiple times for initiating sexual relationships with underage girls (he always settled out of court), and he married his protégé Aaliyah when he was 27 years old and she was just 15. In 2008, he was tried on multiple counts of child pornography for creating a tape in which he engaged in sexual acts with and urinated on a young girl who was reportedly 14 years old. He was found not guilty.

The sex cult accusations against Kelly came just a few months before the watershed moment of the Harvey Weinstein accusations, which has arguably allowed him to fly under the radar without major consequences. He has not been dropped by his record label, RCA, and he’s continued to tour, facing only the occasional boycott or protest in response. Since the #MeToo and Time’s Up movements took off, there has been more organized outcry against Kelly — most notably the #MuteRKelly campaign, which has garnered celebrity support — but Kelly’s ticket sales and streaming numbers remain stable. As he sings in “I Admit,” he’s “ Still got my fans, that’s a blessing.”

And yet “I Admit” seethes with a barely contained sense of resentment. Kelly makes it clear that he feels hard done by. “Just wanna do my music, stop stressing me (hell yeah),” he sings. “Please just let me age gracefully (yeah, yeah).”

Over the course of those 19 minutes, Kelly lingers on the wrongs that have been done to him, both real and imagined: his own history of being sexually abused as a child by family members; the dyslexia he long tried to cover up; and the reporting of Jim DeRogatis (“whatever your name is”), who broke most of the stories of Kelly’s alleged sexual misconduct. Kelly maintains that he is being unjustly persecuted, and that he will do nothing but pray for his haters.

As for those sex cult accusations? Kelly mounts the Merriam-Webster defense: Betcha can’t tell him what the definition of a sex cult actually is. Checkmate.

What’s the definition of a cult?

What’s the definition of a sex slave?

Go to the dictionary, look it up

In the song, he also smugly admits to having multiple girlfriends and some rough sex (he claims his girls “like to get branded”) but maintains that it is all consensual, and that none of those girls were minors. “I admit that she was over age (age),” he sings defiantly.

By the end of the song, Kelly has admitted to very little other than having a very long list of grievances. In the words of Questlove, “Uh #IAdmit I want my 19 mins back.”

The pungent legacy of Axe Body Spray
Why we still don’t know how deadly this new coronavirus is
A stranded oil tanker at risk of spilling in the Caribbean looks to be safe — for now
Brett Kavanaugh, Donald Trump’s Supreme Court nominee, explained
The class of 2020 was full of hope. Then the pandemic hit.
Why protesters are throwing milkshakes at Nigel Farage