Racial slurs and fat-shaming insults keep popping up on receipts. Is Trump worsening the trend? 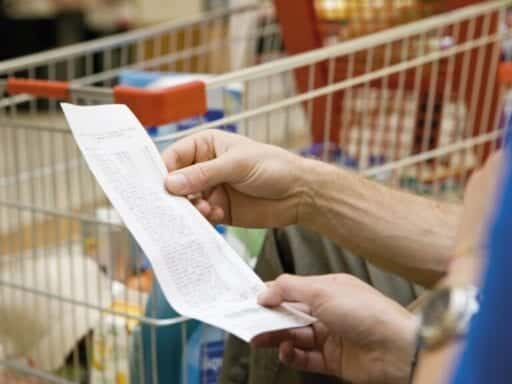 A Wendy’s customer found a receipt with the word “chubby” on it. He’s far from alone.

Earlier this month, a man named Jimmy Shue ordered two sandwiches from a North Carolina Wendy’s. He gave a worker his name when he placed the order, but when he went to pick it up, he noticed that the receipt identified him as “chubby” rather than “Jimmy.” His story went viral when the press picked it up, and Wendy’s fired the staffer responsible for the demeaning comment.

But what happened to Shue isn’t uncommon. There was the Missouri man who saw “BIGBLACK” printed on his Pizza Hut receipt, and a California businessman who frequented Landmark Steakhouse in Orange County and had no idea that the staff had repeatedly called him the N-word on receipts. They also referred to him as “McCottonwood” on one sales slip.

Over the past decade, dozens of news stories have appeared about customers finding fat-shaming comments, racial slurs, and anti-Semitic remarks on receipts from restaurants, dry cleaners, and other establishments, printed reminders of the bias marginalized consumers face while patronizing businesses.

So why does this keep happening, especially since offensive receipts garner so much negative press? A toxic combination of bigotry and immaturity is often to blame, according to Stephanie Creary, an assistant professor of management at the University of Pennsylvania’s Wharton School. The incidents likely also reflect the nation’s divisive political climate, which has seen lawmakers routinely trading insults. And the fact that overweight people and customers of color tend to be the targets of such receipts is not surprising, given the well-documented biases they face in retail establishments, the workplace, and society generally.

For years, overweight people have complained about mistreatment in stores, particularly the expectation that they pay a “fat tax.” This term refers to the practice of asking larger people to pay more for clothes, airline seats, or salon visits than their slimmer counterparts.

Just last month, Live Nation found itself in a “fat tax” controversy after fans noticed that plus-size clothing sold during Christina Aguilera’s Liberation tour cost $5 more than smaller sizes. Live Nation later adjusted the prices. But given how routinely overweight people are penalized and marginalized by businesses, it’s not shocking that the evidence of such bias spills out on receipts, such as when a California restaurant worker referred to three diners as “fat girls” on a sales slip.

Black people also complain that they’re treated badly while shopping or dining out. In fact, a 2015 Gallup poll found that a higher percentage of African Americans felt mistreated while shopping (24 percent) or dining out (20 percent) in the previous month than did during police encounters (18 percent).

Asian Americans, Jewish Americans, and lesbians have discovered discriminatory comments left on receipts too. And some workers have sexually harassed women customers on sales slips.

Divisive political rhetoric may be an influence on insulting receipts

Creary said businesses use customers’ names on receipts to build connections with them.

“Writing someone’s name down on an order is an attempt to personalize, so it’s less like a transaction and more like a relationship,” she said. “The most important thing to a person is the sound of their name. Studies show that naming is important in a customer service interaction. That’s why these companies use names and not the numbers.”

She said the nastiness on receipts is emblematic of the divisive rhetoric in the nation’s political climate now, amplified by the speech of politicians and other public figures.

“I think the reality is we are lacking, as a society, polite role models who can use good discourse to describe people,” Creary said. “When we turn on the television, who’s talking? It tends to be politicians, and [these receipts are] a spillover of the negative language they use.”

“Federal Judge throws out Stormy Danials lawsuit versus Trump. Trump is entitled to full legal fees.” @FoxNews Great, now I can go after Horseface and her 3rd rate lawyer in the Great State of Texas. She will confirm the letter she signed! She knows nothing about me, a total con!

The president has also implied that Mexican migrants are dangerous criminals, and compared his African-American critics to animals and suggested they have low IQs.

“If political leaders can say whatever they want without any recourse, it doesn’t seem like it’s problematic,” Creary said.

While insults on receipts predate Trump’s presidency, his rhetoric has been linked to a general breakdown in civility as well as to a rise in hate crimes. Most recently, 11 worshippers at a Pittsburgh synagogue were killed Saturday by a man with anti-Semitic beliefs. Last week, a Trump supporter reportedly tried to break into a black church before shooting two black people at a Kroger grocery store in Kentucky.

One contributor to the receipts problem is that businesses can’t weed out every bad apple during the hiring process. Workers may behave differently during the application process than when they actually become employees. They may be immature, as fast food attracts young workers, or doubt that they will get caught or be reprimanded, according to Creary.

“As much as companies try to screen, you have no idea what’s going to happen the minute they’re working for you,” she said. “There are immature people everywhere in every organization who are interacting with people, who say whatever they want. They shout out insults to people on the street, and they don’t know how to turn it off once they get to work. Companies are hiring people who don’t seem to know better.”

Because the fast-food industry in particular has such a high turnover rate — some estimates put it at 150 percent — screening employees likely to act out in such ways can be challenging. But when a worker flagrantly insults customers on receipts, companies must respond firmly, Creary said. Larger companies can and do offer training to workers about how to interact with customers, Creary said, but that tends to fall short when toxic people enter the workplace.

Starbucks stands out for taking swift action in April when a Philadelphia employee called the police on two African-American men for trespassing, simply because the pair did not immediately place orders. (They were waiting for a business associate.) In the wake of the racial profiling scandal, the coffee chain closed its stores for an afternoon to offer company-wide diversity training. (Though the effectiveness of these workshops have been called into question.)

Ultimately, Creary said, “It all comes down to professionalism.”

The “abolish the police” movement, explained by 7 scholars and activists
One policy that changes the coronavirus math
Netflix’s new Regency drama Bridgerton is as shallow as the aristocrats it skewers
Are we doomed? An investigation
Ralph Northam promised black voters a voice. Will he listen now?
The confusing ballot procedure behind Alexandria Ocasio-Cortez and Joe Crowley’s Twitter beef, expla...