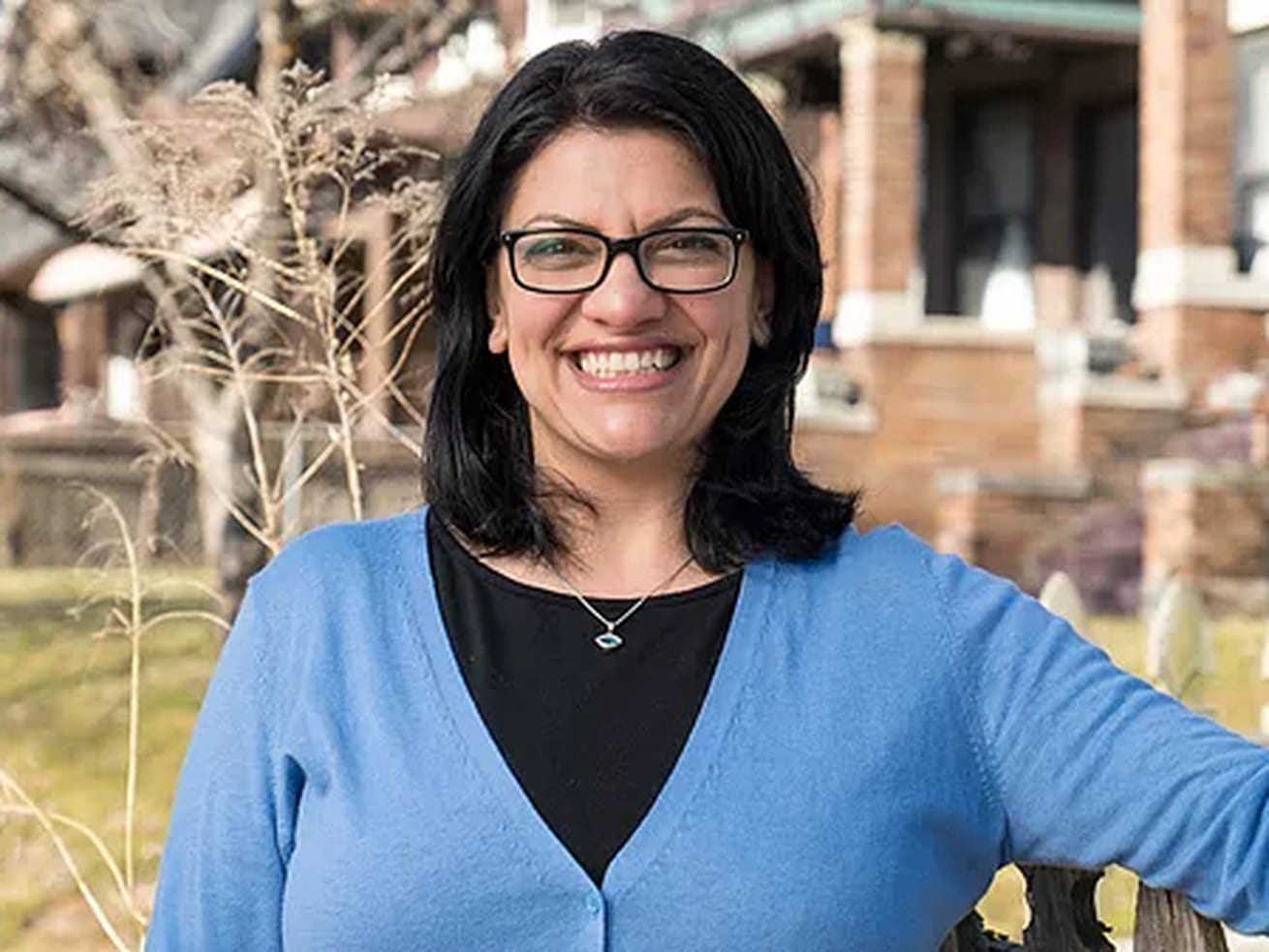 This Michigan progressive is expected to secure the Democratic nomination and win her race this fall.

Former state Rep. Rashida Tlaib is on track to become the first Muslim woman elected to Congress, after winning the Democratic primary in Michigan’s 13th Congressional District this week. The race has yet to be officially called, but she’s leading with all precincts reporting.

The 13th District, which includes part of Detroit and suburbs near the city, was previously held by former Rep. John Conyers, who resigned earlier this year in the wake of a slew of sexual harassment allegations. Since there were no Republican candidates vying for the seat, Tlaib is currently running unopposed and expected to easily take the general election in the heavily Democratic district.

Tlaib’s election to the House would be a groundbreaking milestone for Congress, which currently has just two lawmakers who identify as Muslim, according to a Pew Research Center report. Per Pew, the proportion of Congress that identifies as Christian (more than 90 percent) hasn’t changed much since the 1960s, although there is more religious diversity on the Democratic side. As a point of comparison, only 0.4 percent of Congress is Muslim, while 1.1 percent of Americans are.

“It’s not about just being out there and flaunting your faith,” Tlaib said in a CNN interview. “I always tell people that I’m exposing Islam in such a pivotal way, an impactful way, through public service.”

Tlaib, who is also the first Muslim woman to be elected to the Michigan state legislature, is the daughter of Palestinian immigrants and is a Detroit native, according to her campaign website. She’s part of a wave of about 100 Muslim Americans who filed to run for Congress this year, a surge that one study has tied to growing pushback against rising Islamophobia during the Trump administration.

Tlaib is also one of many women who dominated Democratic primaries in the state. Women are expected to win at least five of the party’s primaries that took place in Michigan on Tuesday. Tlaib secured the nomination in the 13th District with more than 33 percent of the vote, edging out Detroit City Council President Brenda Jones and Conyers’s great nephew, state Sen. Ian Conyers.

As of press time, Tlaib and Jones were still duking it out in a special election to serve out the remainder of Conyers’s current term.

Tlaib’s winning campaign has got a lot in common with that of Alexandria Ocasio-Cortez, the democratic socialist who pulled off a stunning upset against Joe Crowley earlier this year.

Much like Ocasio-Cortez, Tlaib captured the primary by running an unabashedly progressive campaign to the left of the competition, and she picked up much of her fundraising from a strong grassroots campaign. “I’m going to be a woman, a mom, a Muslimah, a Palestinian, an Arab and so many of these other layers of these identities depending on who I’m talking to and what they want to identify me as,” Tlaib told CNN.

While Congress has become more diverse in recent years, it’s still only made up of 20 percent women and 19 percent people of color. Next year, if the record number of women running actually win, that could change.

Tlaib’s victory is among the historic wins that are contributing to shifting this dynamic.

9 great 2-player board games
Amy Cooper’s 911 call is part of an all-too-familiar pattern
A potential inauguration threat showcased America’s housing crisis
Twitter’s wiping tens of millions of accounts from its platform
For Black Americans, the middle class has always been a mirage
Rep. John Lewis, civil rights legend and moral center of Congress, has died at 80