Read the transcript of Trump’s call with Ukraine’s president 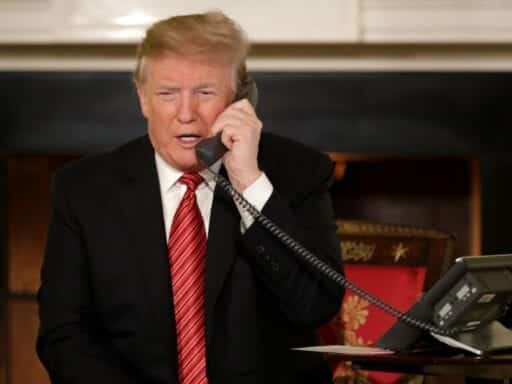 It comes out as Trump is embroiled in an impeachment mess.

The White House has just released the transcript of a now infamous call between President Donald Trump and Ukrainian President Volodomyr Zelensky.

Trump is embroiled in a crisis about whether he improperly used his position to try to coerce Zelensky into investigating Trump’s 2020 political opponent, former Vice President Joe Biden — perhaps by withholding military aid to the Eastern European country.

Trump has admitted to discussing Biden with Ukraine, but he maintains that a phone call he had with Zelensky last month was “a very friendly and totally appropriate call.”

To prove his innocence, Trump on Tuesday authorized “the complete, fully declassified and unredacted transcript” of his conversation with the Ukrainian leader. Critics say the transcript won’t really prove anything as isn’t a verbatim account of their call, and a whistleblower’s complaint — reportedly having to do with Trump’s conduct toward Ukraine — would be a more useful document right now. That may come out later this week.

But for now the White House’s version of the transcript is what we have, and you can find it below.

A second person may be “cured” of HIV
Trump says the federal coronavirus effort has been “incredible.” His own government disagrees.
Trump spent years worrying about the stock market only to discover Wall Street doesn’t care if he lo...
Mike Bloomberg’s stop-and-frisk problem, explained
Police killings can be captured in data. The terror police create cannot.
Analyst: U.S. tariffs are a game of 'Whac-A-Mole'