Read: the whistleblower complaint about Trump and Ukraine 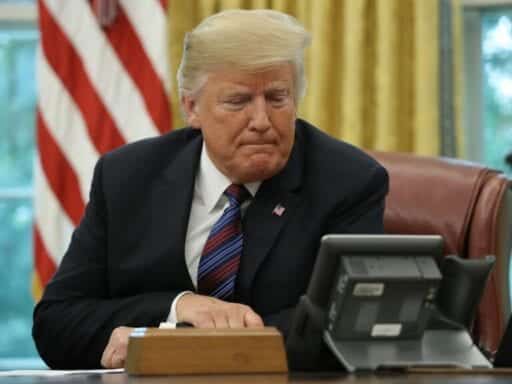 The complaint at the center of Democrats’ impeachment inquiry has been released.

The whistleblower complaint at the center of Trump’s Ukraine scandal — the scandal that spurred House Democrats to finally embrace an impeachment inquiry — has now been released, in partially redacted form, and you can read it below.

The whistleblower is part of the US intelligence community, and filed this complaint back in August. Part of the complaint involves a July phone call between Trump and the president of Ukraine, in which Trump pushed for investigations into potential 2020 rival Joe Biden. A document summarizing this call was released Wednesday, but Democrats still wanted to hear the whistleblower’s full story.

The complaint was filed with intelligence community Inspector General Michael Atkinson, who deemed it credible and a matter of “urgent concern,” and wanted the congressional intelligence committees informed.

But Atkinson’s superiors at the Office of the Director of National Intelligence stepped in and initially refused to give any details of the complaint to Congress — even though a law seems to require them to do this. They did so while in consultation with the Justice Department and White House.

Eventually, Atkinson ended up telling the House Intelligence committee of the complaint’s existence himself in a September 9 letter — but he didn’t give any details on what it was about. But in a subsequent letter, he said the complaint “relates to one of the most significant and important of the DNI’s responsibilities to the American people.”

Lawmakers have been fighting to read the complaint for nearly two weeks; on Wednesday afternoon, it was finally transmitted to them. After that, a partially redacted version of the report was declassified. And on Thursday morning it was released publicly, the same morning Joseph Maguire, the acting director of national intelligence, was set to testify to the House Intelligence Committee about the matter. You can read it below.