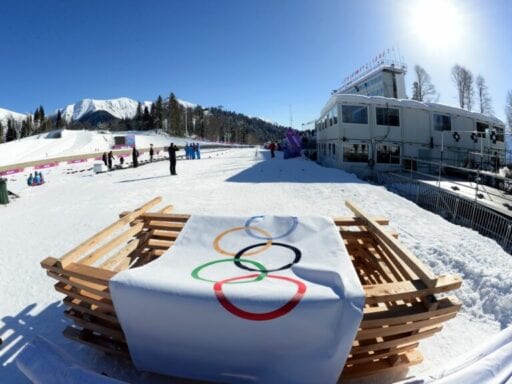 The goal was to undermine and delegitimize the “integrity of the Olympics and other games,” according to federal prosecutors.

The US Department of Justice is going after Russian spies once again — this time for a plot to undermine international anti-doping agencies.

On Thursday, the DOJ announced the indictments of seven offices in the Russian Main Intelligence Directorate (GRU) on charges of computer hacking, wire fraud, aggravated identity theft, and money laundering.

Federal prosecutors allege that these Russian officers targeted individuals and organizations in the United States, Canada, and Europe to get information about athletes and anti-doping agencies, and to release that information publicly as part of an “influence and disinformation campaign,” according to the Department of Justice.

According to prosecutors, the Russians were basically trying to exact revenge against these agencies for their roles in exposing Russia’s vast state-sponsored doping efforts, which ultimately led to the Russian Federation’s exclusion from the Olympic games.

The Russian spies allegedly intended to manipulate or spread false or selective information about athletes around the world to make it seem as if they were using banned substances. The ultimate goal, according to Assistant Attorney General for National Security John C. Demers, was to “undermine the integrity of the Olympics and other games.”

In other words, Russians were trying to create “fake news” and sow distrust because the country had been caught cheating, had been punished, and wanted to retaliate.

This indictment isn’t related to special counsel Robert Mueller’s investigation into Russian interference in the 2016 election, though three of the seven Russian spies indicted on Thursday were also charged in July in Mueller’s case against the GRU officers who hacked Hillary Clinton’s campaign, the Democratic National Committee, and the Democratic Congressional Campaign Committee.

“I hope that through today’s charges—which fall far from the electoral arena of our prior charges—we can further educate ourselves as to the scope of the Russian government’s disinformation and influence campaigns,” Demers said.

Read the full indictment below.

It took Trump 90 seconds to lie about the “Mueller report” during Michigan speech
HGTV’s most famous couple turned their hometown into a shopping destination. Will more places follow...
Who will win the second big day of Democratic primary contests, according to the polls
Joe Biden wins the Arizona primary
Trump says he didn’t fire Mueller because he saw what happened to Nixon
The big new plan to save unions, and what’s behind it