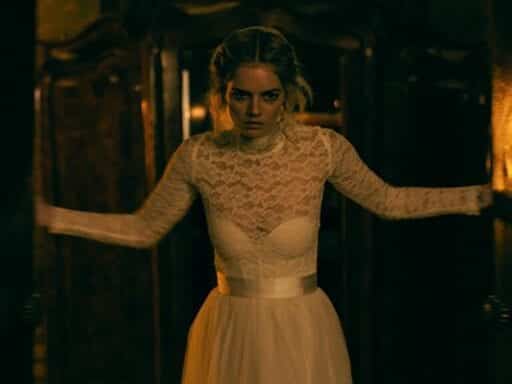 The bloody horror comedy is now in theaters.

Hell is other (rich) people in Ready or Not, a deliciously mean dark horror comedy about the soul-sucking cost of greed. On her wedding night, Grace (Samara Weaving) discovers that her new husband’s fabulously wealthy family is much stranger and more sinister than she realized. And when she finds herself locked in a “game” of survival, Grace realizes that only she can save herself.

Ready or Not is not a particularly subtle movie, nor should it be. It’s an old-fashioned satirical revenge fantasy — a bloody, manic one with plenty of weaponry and gore to go around, and a determined heroine (or maybe an avenging angel) at its center. The film takes its name from a game, an amusement for children, but it has something to say about some very grown-up concerns. And it’s both fun and deadly serious.

3 key Senate primaries to watch on Super Tuesday
Taylor Swift on her victory against the man who groped her: “We have so much further to go”
Pope Francis officially updated Catholic teaching, calling the death penalty “inadmissible”
The 9 best movies you can now watch at home, from Trolls World Tour to Parasite
You’re the Worst’s finale was the perfect — and perfectly ambitious — sitcom ending
Joe Biden’s new plan to end the opioid epidemic is the most ambitious in the field