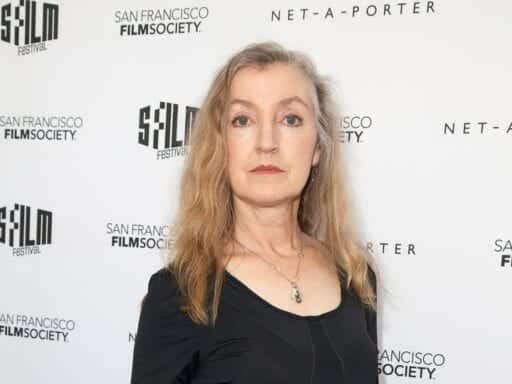 “One of the great activist-essayists of our age” joins The Ezra Klein Show.

Rebecca Solnit is one of the great activist-essayists of our age. Her books and writing cover a vast amount of human existence, but a common thread in her work — and a focus of her upcoming memoir, Recollections of My Nonexistence — is what it means to be voiceless, ignored, and treated as an unreliable witness to the events of your own life.

“We always say nobody knows, and that means that everyone who knows was nobody,” Solnit says. “Everyone who was nobody knew about Harvey Weinstein.”

This conversation on The Ezra Klein Show is, in part, about what it means to be a nobody and what we’d learn if we listened to the voices on the margins of society. But it goes wide from there, covering the psychic toll of sexual violence, the Weinstein ruling, how visual art infuses Solnit’s journalism, the changing cultural role of San Francisco, what climate change will do to social relations, the different narratives of violence that men and women grow up with, and much more.

A quick warning: We spoke just after the Weinstein ruling, and we discuss sexual violence both in terms of specific cases and larger cultural questions. It’s an important conversation, and Solnit’s thinking here is essential and humane, but listeners should be prepared for it.

We happen to be talking on the day that Harvey Weinstein was found guilty of sexual assault on two counts out of five. What did you think about that ruling?

One of the things that was dismaying going into [the hearing] was how many people couldn’t imagine he’d actually be found guilty because they are so convinced that the privilege and power of the rich white male with lots of lawyers would override the system. So I think it’s really great. I think the fact that six white men on the jury voted to convict him might be a milestone. It does feel like a watershed moment. That somebody this powerful who had so many decades of getting away with it has been convicted and will almost certainly go to jail sends a really important message.

For me, it’s not so much that I want to see Harvey Weinstein go to jail, although, of course, I do. It’s that it says to lots of guys who thought they had impunity that women have voices. And, of course, we always had voices — we just didn’t have people willing to hear them before. So that’s changed.

At the same time, in the agricultural fields of California and fast food restaurants and workplaces and dorms and college and homes, women are still being sexually assaulted and still not being heard. So this does not fix the problem. This culture loves stories where we make one narrative carry the weight of the entire culture, whether it’s OJ Simpson or Anita Hill testify against Clarence Thomas. Then we make it the verdict. This case has kind of succeeded, but we, as a society, will not have succeeded until the moment not just when men are afraid to do this because they might actually be punished, but when the desire to harm women and the entitlement to harm women disappears — when some kind of common humanism and common nonviolence becomes the norm. That’s the finish line I’m looking for.

In your book, you write about enduring years of sexual harassment from an older artist and you say that you had “the sense that since young women are nobody, nothing you do with them is on the record.” It seems to me that what Me Too has done — at least in certain professions — is create a space where women’s voices now go on the record. That idea of voices moving on the record struck me as a much more apt metaphor for what this moment is seeing than almost anything else I’ve read.

When I was 18 I was a busboy, and there was this bleary-eyed old alcoholic cook who would grab my ass out of view of the front of the restaurant. And I felt — for good reason — that nothing I said would have made a difference. That was before Anita Hill. It was when people would say, “Oh, it’s no big deal. You’re making a fuss. Get over it.”

I had a preexisting condition of voicelessness from having so many futile experiences or being punished for speaking up, and so I did this sneaky underhanded thing you do when you’re voiceless. I made sure the next time he grabbed me, I was holding a full tray of glasses fresh out of the dishwasher and I screamed and dropped the whole tray and they made a sound I couldn’t make. The owner didn’t give a damn about my bodily integrity and dignity, but he didn’t want to lose 40 glasses, so he chewed out the chef. The chef knew that I’d trapped him, and he never touched me again.

That’s the way you have to operate when you’re nobody. We always say, “Nobody knows,” and that means that everyone who knows was nobody. Everyone who was a nobody knew about Harvey Weinstein.

The historical narratives that became my book Hope in the Dark show that big ideas, big transformation, social revolutions, new frameworks, and transformations often end up in the center, but they never begin in the center. The center is where they’re validated. The center is where they come into the spotlight and a lot more people know that they’re there, including really powerful people. But all these things start on the margins.

There’s a line ascribed to Gandhi that is really useful here: First they ignore you, then they laugh at you, then they fight you, then you win. Sometimes these begin as kind of academic conversations. Sometimes they begin in impacted communities. Maybe my biggest formative intellectual — and in a way spiritual — influence was watching native Americans and scholars of native history change the narrative in around the quincentennial of Columbus’s arrival in the Americas around 1992. I think a lot of people who might be old enough to remember that transformation don’t remember how differently we talked about native people as people who are never going to be part of the conversation, as people who had conveniently disappeared, about North America as wilderness where humans didn’t belong. All that changed. So the margins are the great generative space.

Hope in the Dark is not about hope in dark times. It’s about the mysteriousness and the luminousness and liminality of darkness. I like to think of the mainstream as the center stage. And if you’ve been on stage, if you’ve been in the spotlight, you know, you can’t see a damn thing out there. But those people backstage, offstage, outside the theater a thousand miles away, might be someplace much dimmer where they can see so much more. They’re also the nobody who knows.