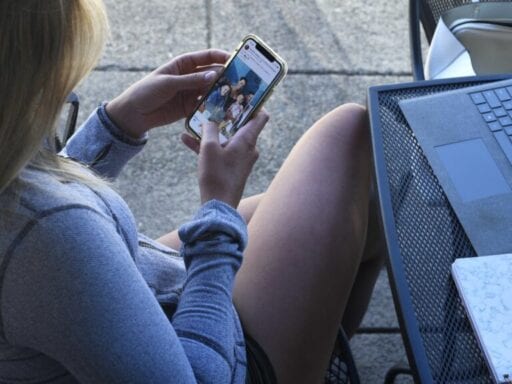 Plus: WeWork has an HR problem.

Instagram is taking another bite out of Snapchat. The Verge’s Casey Newton has learned that “Facebook is developing a new messaging app called Threads that is meant to promote constant, intimate sharing between users and their closest friends” and will be a companion app to Instagram. The app is designed to allow users to interact with their “Closest Friends” list that currently exists as an option on Instagram, and it will let them share more detailed information like location, speed, and battery life. The idea is to have an app focused on someone’s closest circle of friends — which, as Newton points out, is what Snapchat already is. The average Snapchat user spends more time on the app than the average Instagram user, and Facebook has “long coveted Snapchat’s strong engagement among younger users.”

WeWork has an HR problem. For a company that prides itself on sharing its hip work culture with the startups that lease its office space, it is ironic that WeWork can’t maintain its own human resources staff. According to the Information, almost a dozen HR employees are leaving the company. The Information found that most of the employees have left voluntarily, with some expressing “frustrations with the company’s leadership.” One executive claims to have left over alleged sexual harassment and gender discrimination that “HR leaders failed to investigate.”

YouTube thinks it’s “more important than ever” to let people upload anything they want. In a letter addressed to creators on YouTube, CEO Susan Wojcicki says the platform is committed to remaining open because she thinks the upside of that approach very much outweighs the downside. As she and other Google executives have previously argued, Wojcicki says she is okay that some people will be upset with some things they find on YouTube, which could include “content that is outside the mainstream, controversial, or even offensive.”

This gig economy has become a test for 2020 Democratic presidential candidates. A proposed bill in California called AB 5 would make it much harder for companies to classify employees as independent contractors, and so companies like Uber, Lyft, Instacart, and DoorDash (which all depend on gig economy labor) are trying to shut it down. Now, Vox’s Alexia Fernández Campbell reports, AB 5 is offering Democrats running for president a way to take sides in the ongoing debate about the gig economy and its impact on workers. Sen. Elizabeth Warren said in an op-ed earlier this month that “all Democrats need to stand up and say, without hedging, that we support AB 5.” Sen. Bernie Sanders and now Sen. Kamala Harris say they support AB 5, too. Out of the top four frontrunners, former Vice President Joe Biden is the only one who has yet to weigh in … but the pressure is on.

The Uber-Waymo dispute returns — this time in criminal court.

For Waymo executive Anthony Levandowski could face up to 10 years in prison after being indicted for allegedly stealing trade secrets.
[Theodore Schleifer]

Peloton, a bike company, claims it “sells happiness” and is “so much more than a bike.”

Behind the easy-to-parody language, the new IPO candidate is a cultural touchstone and a real business.
[Theodore Schleifer]

Gluten-free, kosher, vegetarian, or vegan? Yelp has a setting for that.