Recode Daily: WeWork might be worth just half of what it once was 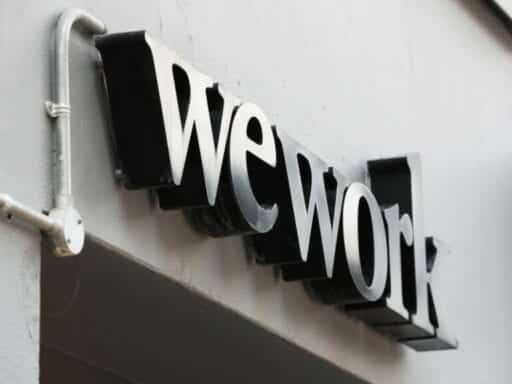 Share
Loading...
Many observers and investors see WeWork as a real estate company. Despite using the word “tech” 123 times in its IPO filing. | Photo by Jonathan Brady/PA Images via Getty Images

Plus: The SoulCycle boycott worked.

WeWork has long faced questions about whether it’s been overvalued. Now, it could end up being priced at less than half of what it is currently “worth” when it goes public. Reports from the Wall Street Journal and Bloomberg suggest that WeWork, which was most recently valued by venture capitalists at $47 billion, is currently considering selling shares at a price that lowers its value to $20 billion. This isn’t a nip and a tuck. That’s a dramatic slash in value that speaks to a more fundamental concern about what this company even is.

The second-least-sexy social media app (after LinkedIn) has officially entered the dating game. Facebook Dating is here. Facebook announced its plans to launch a dating platform last year, rolling out first in Colombia in September 2018. Since then, the company has tried to convince users that it could still be trusted with their personal data. Now Facebook wants users to trust it with their romantic relationships, too — a tough sell. Today, Facebook has made Dating as separate as possible from its regular app. First and foremost, users must opt in to the service, then create an entirely distinct profile. Facebook Dating also launched with an integration with Instagram.

The SoulCycle boycott worked. Last month, SoulCycle’s liberal user base was outraged by news that one of SoulCycle’s major investors was hosting a reelection fundraiser for President Trump. Devotees pledged to boycott SoulCycle and its parent company Equinox. A month later, the boycott appears to have had an impact, according to new data from Earnest Research, a company that analyzed publicly available website data. Following the boycott calls, SoulCycle attendance declined about 1 percent compared with the same week a year earlier. That has been followed with consistent declines of 6 percent to 7.5 percent in subsequent weeks.

When it comes to facial recognition, more than half of Americans trust law enforcement to use it responsibly. According to Pew Research Center’s data, 56 percent of US adults “trust law enforcement agencies to use these technologies responsibly.” But it’s a different story when it comes to companies or advertisers. Pew found that “around one-third of US adults trust technology companies to use facial recognition technology responsibly, and just 18% trust advertisers with these technologies.”

Walgreens, CVS, Walmart, and Kroger ask shoppers not to carry guns in their stores.

The White House claimed Trump is pro-LGBTQ. His policies show he isn’t.
Why people are posting black squares on Instagram
How South America became a coronavirus epicenter
5 winners and 2 losers from night 2 of the Democratic Convention
True Detective season 3: could a trailer full of crossing timelines signal a return to form?
This week’s stock market meltdown, explained